His eighties hit Yeke Yeke made him one of the prime artists of nascent world music.

The singer and musician Mory Kanté has died aged seventy after a long illness. Originally from Guinea, he was known all over the world especially for his hit, Yeke Yeke, launched in 1987. That piece of music, containing ethnic elements together with the electronic acceleration typical of the music of the eighties, became a reference point in the context of the birth of world music. It was no mere coincidence that he became known to all as the ‘Electric Griot’. 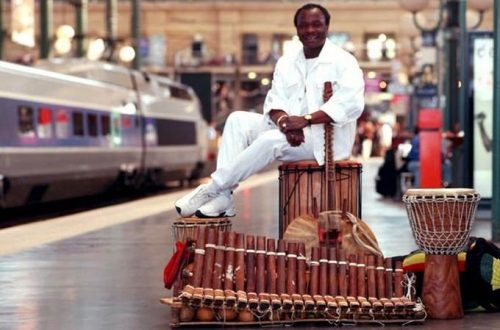 Kanté began as a griot, playing the kora (a traditional sort of harp found in West Africa) that he had learned as a child when his parents suggested he study the instrument in Mali. His  whole family was devoted to the musical art of storytelling which, in African culture, goes beyond the confines of the music and becomes a historical account of one’s own family and one’s ethnic group and then part of the collective memory.
Born in 1951 in Kissidougou, in Guinea, at fifteen he moved to Bamako and there, in the Malian capital, he joined the most famous group in the country, ‘Rail Band’. In 1975, during a tour of West Africa with Rail Band, he won the Voix d’Or (Golden Voice) prize in Nigeria. 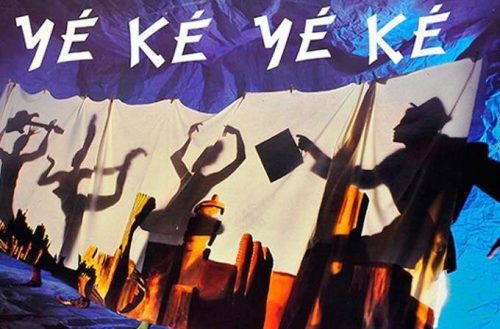 Having left Rail Band, Kanté began to create his own music, grafting Anglo-Saxon elements onto traditional music, especially soul music. In 1981, he began his solo career. A meeting with Abdoulaye Soumare, a producer who had worked together for years with Stevie Wonder, brought success with his album Courougnegne.
From that moment, Kanté began to be seen as the founder of modern Mandinga music, that special mixture of ethnic, western and electronic music that established him first in Africa and later in Europe, eventually bringing him to France in 1982.
In Paris, Kanté recorded the album A Paris containing a much more acoustic version of Yeke Yeke.
This album of only six tracks, established him as one of the avant-garde artists of the African scene. However, it was in 1987, with a much more rhythmic version using sounds similar to house music, that Yeke Yeke became an international success. Kanté became famous all over the world: the single sold more than a million copies and the album featuring it, Akwaba Beach, reached sales of over half a million. 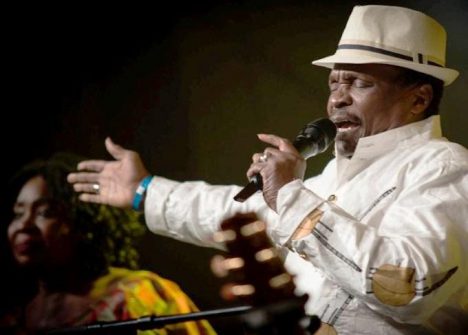 With Touma, his album released in 1990, Kanté confirmed his style as an electric griot, making further use of electronic components sustained by his deep explosive voice; in the same vein we find his works of the decade: Nongo Village (1994), and Tatebola (1996). He delayed until the start of the new millennium to return to acoustic and ethnic sounds with Sabou, released in 2004 and Tamala in 2009.
In 2012, with La Guinéenne, the electric griot returned to the balaphone and the Fulani flute to honour African women whom he saw as still at a disadvantage despite the progress made. His last publication was issued in 2017. In his musical career, the artist created a total of 13 albums.
Kanté was also a social activist. On 16 October 2001, he became UN Ambassador for the Food and Agriculture Organisation (FAO). “I will work with people of different cultures and I will travel to many countries to give people the chance to help each other. The whole world must unite to combat hunger and poverty”, he declared. 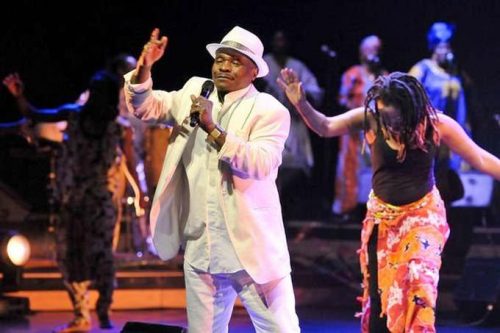 After becoming FAO Ambassador, Mory took part in many TV and radio programmes to promote the aims of the FAO.
In 2002 he took part in the World Food Summit and, in 2003, he held a concert on behalf of the FAO in Helsinki, Finland.
He had been ill for many years when, on 22 May, in Guinea, Mory Kanté died in a Conakry hospital.
Speaking during an interview he had said of himself: “I would like to be remembered as a man of culture, a citizen of the world who gets his message across through music and as a tireless traveller seeking to meet and get to know the people of this world”. (R.M.)