Unlike most countries with a medium or high level of development, India has a population that is still growing rapidly and for the most part young, with an average age of 27.8 years, ten less than its neighbour and rival, the People’s Republic of China.

Consequently, choices must be primarily geared to support employment, education, and opportunities. However, it also has a population divided on two opposing and distant fronts of possibilities and well-being, with a numerical growth of billionaires among the highest in the world, yet has a population that remains for a substantial part close to or below the poverty line. The richest one per cent of the population has the same wealth as the poorest half and a GDP of 2.7 trillion dollars (roughly on a par with that of the UK) corresponding to an average per capita income of around 1,900 dollars a year. Now the economic indicators and social networks are mostly aimed downwards because if it is true that GDP is moving towards a projection of 8.2 per cent for the year, the increase in consumer prices at 6.1 per cent and the variability of the situation make it difficult to reach positive data. 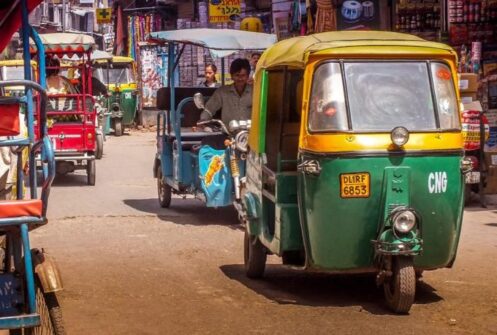 In the years immediately preceding the pandemic, India had emerged as the country with the highest degree of poverty reduction, removing from a state of need – the Global Multidimensional Poverty Index 2019 estimates – 271 million inhabitants between 2006 and 2016. This is contrary to what is happening now, with India reporting the greatest increase in poverty. The United Nations, which already estimated the number of poor people in 2016 at 364 million (or 28 per cent of the population), now indicates that many millions have joined. These are urban poor who have regressed compared to the recent past but also millions of new poor due to the pandemic.
It is significant that the Pew Centre also estimates that the middle class has shrunk by a third in two years and that many Indians are returning to see the edge of the abyss of poverty. 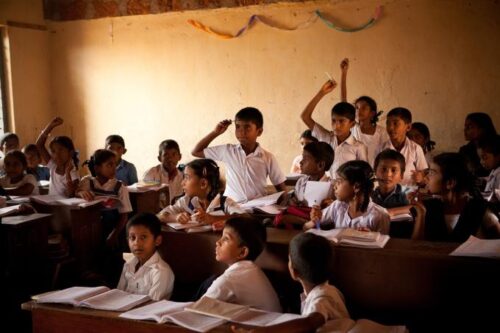 Socio-economic imbalances, due to medium and short-term contingencies, inevitably end up being connected with the divergences, contradictions, and discrimination that this immense country continues to manifest 75 years after independence (August 15, 1947).
In all this, management and political guidelines have an essential
role and responsibility.
If some negative trends persist (high bureaucratization, inefficiency of the public system, personalistic management of power and nepotism, corruption in certain areas, opportunism and selectivity in the identification and management of problems, chronic inadequacy of funds for innovation, education, health, and welfare), these seem even more acute against the background of the potential, and often ambitious, objectives proposed to the population. This includes the contradictions that are spreading rather than smoothing out.
A case always cited but emblematic is the cancellation in the 1950 Constitution of any discrimination on a social, ethnic or religious basis. The continuous elaboration of laws aimed at the protection and promotion of groups – which are mainly lower-level castes and in some cases even higher or intermediate levels that in the recent history of India have failed to free themselves from a state of economic subordination or have entered it – shows a discordant reality. It also shows how the support, or lack of it, for the less favoured groups is much used in the political management of the well-being or backwardness of a substantial part of Indians (approximately one third of the population) with inevitable inconsistencies and abuses. The multiplicity and plurality of modern India is a wealth that has its origins in its thousand-year history, but it has also been the main risk to its integrity since the Second World War. The current administrative division into 28 states and 8 federal territories defined on an ethnic and linguistic basis is a reflection of the attempt to coordinate diversity to avoid disruptive effects, but the often-opportunistic management of politics has relativized the benefits and rekindled the rivalries between the communities. (Open Photo: Kolkata. Crowd of people near the new market. 123rf.com)