Travelling around the Gumuz region we did not see specific place for worship. Of course they have explicit acts of worship, but these are few and not particularly elaborate.

They do not require a specific place, specific people to carry them out, special clothes or a precisely set ritual. And yet it would an error to affirm that the Gumuz are not religious, because the supernatural is present in everything. The world of the Gumuz is, in fact, brimming with a transcendent reality that must be answered to. That is why prayer, however informal, short or distracted it may be, appears often on their lips. “We have no religion. But we know Misa (spirit, God). Misa is Mise-kwacha (spirit of the sorghum), Mise-tanka (spirit of the millet), Mise-gicha (spirit of the river)”. Begumb, an elderly Gumuz, told us when we asked him about his religion. 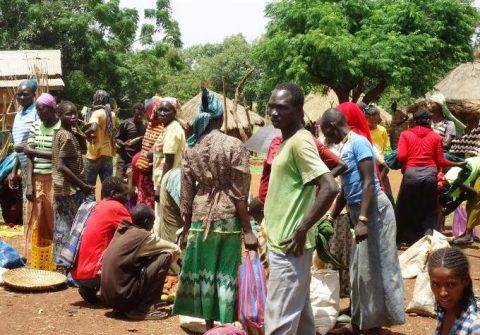 Most of the Gumuz north of the Blue Nile follow the traditional religion, ‘the tradition of our fathers’, as they call it. But, as they are neither Christians nor Muslims, the two well-structured religions they live in contact with, they say that they have no religion. However, they do have religion, because they know Misa, the supreme ‘spirit’ who, according to what Begumb’s assertion seems to imply, is one and manifests himself in several forms or ‘spirits’.
On this point, however, other Gumuz may not concord with Begumb. For them, there is not only one spirit who takes different forms but rather a multiplicity of spirits among whom one reigns supreme. This is Misa-Yamba, or simply Yamba or simply Misa.
While the other spirits act only in their respective areas, Yamba is all-powerful in every field. He created all existing things and he controls and safeguards the functioning of the world. The other spirits are under his omnipresent guardianship. Kolech, who is a gafia (a witch doctor), says: “If my child falls ill, it could have been Mise-kwacha who made him ill. Then I go to Yamba and ask him why Mise-kwacha has done this to me, and to stop him”.Not all the lesser spirits are the same. While Mise-kwacha or Mise-tanka are benevolent spirits, there are others that are dangerous. One of these is Mise-gicha, the spirit of the river. That is why it is always dangerous to cross it or to go swimming in it. When someone, after crossing the river, feels a pain in their side, they must immediately go to the religious specialists called gafia, who will tell them what type of sacrifice they must make. 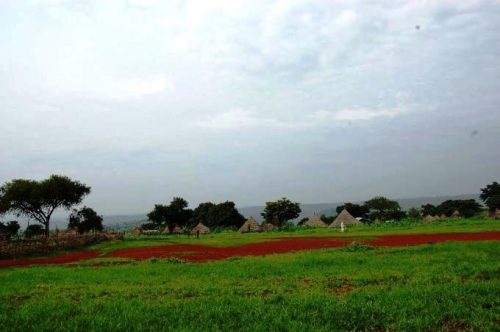 The gafia or witch doctor play a vital role in the community. People go to them with every type of illness or problem. They will apply a local medicine following a specific ritual, which mainly consists of sacrificing a chicken and then, they will give the patient the suitable herbs.
Another religious specialist is the gola who are types of ‘prophets’ or ‘visionaries’ who have the power to communicate with many spirits. They are capable of knowing what a client’s problem is without explaining it to them. Rather than to cure illnesses, the golas are consulted in order to discover the causes behind events such as the unexpected death of a community member.
The job of gafia or gola is not passed on from father to son. It is a personal vocation that manifests itself through unusual symptoms like dreams, strange conduct or such manifestations. They do not train for their profession all the knowledge they have is supposed to be revealed to them in dreams. If each gafia passed on the medical knowledge acquired through practice to a successor, valid knowledge could be accumulated that could benefit the people. But this is not the case among the Gumuz.
A different type of religious specialists are the possessors (ette) of a particular spirit (mise). The most prestigious is the ette-Mise-tanka or possessor of the spirit of the millet. He guarantees the millet harvests. No one can start to eat from the new harvest of this product until he has done so first. The ette-Mise-tanka has curative powers and, if he touches a sick person, they will get better. 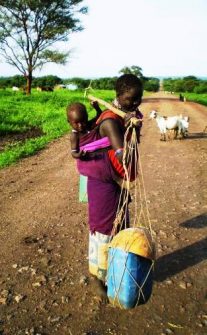 Evil eye plays a fundamental role in the Gumuz’s religious system and it is one of the main causes of tension and conflict. In the event that someone dies and it is thought that it was under a spell, there will be a serious crisis that could lead to deaths among different groups or families. When someone is suspected of having caused the evil eye, they may be expelled from the community and forced to go and live in a remote place. Sometimes the supposed possessor of the evil eye disappears of their own accord to go and live where no one knows them. Apart from a secret strictly personal prayer, the Gumuz have the custom of giving an invocation when they gather to eat or drink. Normally they say “lachi Misa” (may God give). Public community prayers are not very frequent. It is for those occasions that have a certain importance or solemnity. For example, when they finish a stage in the farm work, they often sacrifice a goat in the same field where they have been working. Another form of group prayer is the one that takes place periodically on one of the paths that lead to the village. There is no uniformity in the way it is done or in its frequency, which varies from doing it each month to once a year. They also pray when an epidemic attacks the people or livestock. In this case, rather than praying directly to God, they pray to the spirits, asking them to stay away and not harm the village. (J.G.N.)