A junior Canadian company will start drilling oil in the next coming weeks in an area which supplies the environmentally sensitive Okavango Delta with water, and thereby threatens potentially the living conditions of the bushmen and of the elephants.

The junior Canadian company ReconAfrica listed on the Canadian TSX Venture Exchange, is planning to start drilling oil and gas wells into the environmentally sensitive, protected areas which supply the Okavango Delta with water.
Maps from the Namibian and Botswana ministries of mines confirm that the company has been awarded prospecting licences in the area by both governments. It claims to have made a major discovery and has acquired the rights to drill in more than 35,000km2 of north-east Namibia and north-west Botswana. 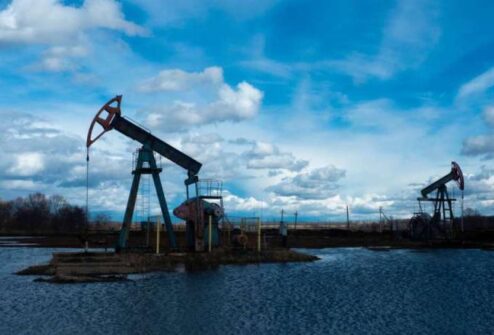 According to the findings of experts from the prospecting company Worldwide Geochemistry presented by ReconAfrica to investors in Frankfurt, last October, the area hosts potential reserves of more than 100 billion barrels of oil, which is the equivalent of one third of the world’s largest reserves in Venezuela or in Saudi Arabia.
On its website, ReconAfrica also says that it owns 90% of the Namibian side of the shale deposit, with the government-run Petroleum Company of Namibia owning the rest.
Part of the reserves are conventional but in order to exploit the shale deposits, ReconAfrican plans to use the much controversial fracking technology. ReconAfrica’s CEO Scot Evans  told indeed industry sources in June 2020 that he had hired  fracking pioneer Nick Steinsberger to run the Namibian drilling project, claiming that that hydraulic fracturing is “a technique now utilised in all commercial shale plays worldwide”. 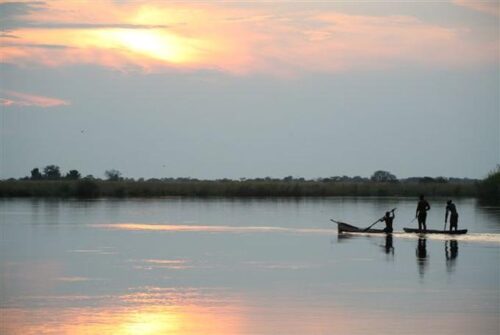 Evans is by no means a tenderfoot in the oil industry. He is indeed the former vice-president of the Houston-based oil services industry giant Halliburton whose former chairman was the U.S. Vice President Dick Cheney. The company has been involved in several controversial operations. In the early 1990s, Halliburton was found to be in violation of federal trade barriers in Iraq and Libya, having sold these countries dual-use oil drilling equipment.
Then, its subsidiary KBR was issued a contract in 2003 to conduct oil well firefighting in Iraq which, critics say, was awarded due to Cheney’s position as US Vice President. On that same year, Halliburton admitted in SEC filings that KBR paid a Nigerian official $2.4 million in bribes in order to receive tax favourable treatment.
Environmentalists are extremely concerned. The drilling location sits along the banks of the Kavango River, along the border between Namibia and Botswana, inside the Kavango-Zambezi Transfrontier Conservation Area which covers 520,000 square kilometers and encompasses 36 protected areas including several national parks. Three of them (Khaudum, Manghetti et Bwabwata) are close to the drilling zones targeted by ReconAfrica.
And the drilling location is in the area of the Namibian headwaters of the Okavango Delta and the World Heritage Tsodilo Hills in Botswana is one of Africa’s most sensitive environmental areas. 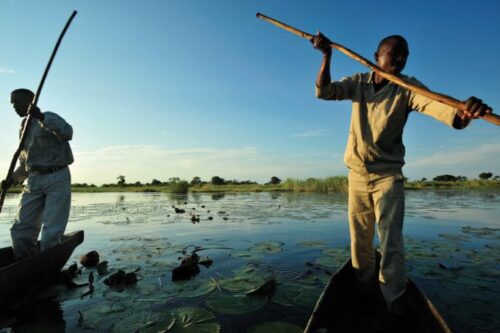 ReconAfrica’s concessions are overlapping several wildlife migration corridors of these parks which represent the world’s largest transborder conservation area. Any oil spill would pose a direct threat for the Kavango River and all the living beings which depend from it, all the way to the Okavango Delta in Botswana which is the sanctuary of many species including buffalos, hippos, springboks, white and black rhinos, zebras, wildebeests, hyenas, leopards, hyenas and cheetahs in addition to 500 species of birds and 85 of fishes  The area is also home to Africa’s largest migrating elephant population – around 250,000-  as well as endangered African wild dogs and sable antelopes.
The first human inhabitants of the area, the San people, known as bushmen, who have been living in the area for at least 40,000 years are also risking to lose one of their last refuges of the Kalahari. Indeed, ReconAfrica plans to drill also near the World Heritage archaeological site of Tsodilo Hills in Botswana, which according to UNESCO holds 4,500 rock paintings. University of Cape Town social scientist Dr Annette Hübschle is concerned that the fracking project may impact the way of life of the San communities in the area.
The Namibia’s Ministry of Environment, Forestry and Tourism claims that an environmental impact assessment (EIA) that was done to cover the drilling of three wells by Recon Africa, yet affected communities and civil society are still in the dark about this development, say critics. 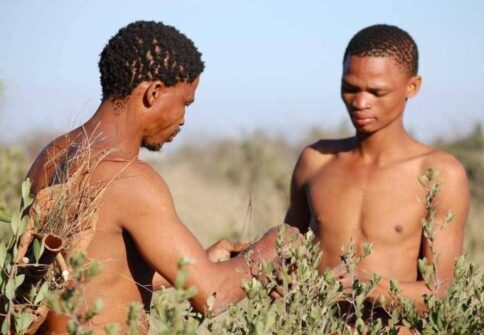 Furthermore, the area is important for Namibia’s and Botswana’s tourism economies. The Okavango River, is the sole provider of water to the Okavango Delta, Botswana’s most visited tourist attraction. Altogether, this lifeline in the desert supports more than a million people in the region with food, employment and water. In such context, the use of the  hydraulic fracturing may have negative impacts, including poor air and water quality, community health problems, safety concerns, long-term economic issues and environmental crises like habitat loss, warns the US-based Union of Concerned Scientists.
According to Surina Esterhuyse from the Centre for Environmental Management, at the University of the Free State (South  Africa), fracking which consists in pumping in sand, water and chemicals under high pressure to crack open the formation’s micro-fractures and release the trapped oil and gas, produces wastewater which may be radioactive and highly saline while some of these chemicals may be toxic. 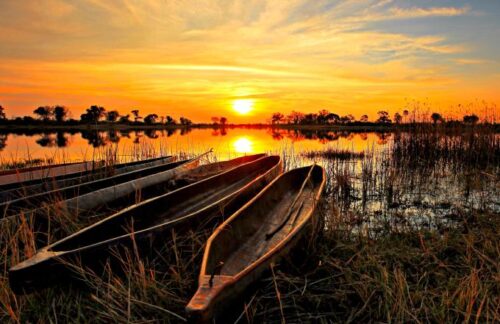 Accordingly, if the fluids migrate to freshwater aquifers, they can contaminate groundwater and surface water. Fracking in the headwaters of the Okavango delta within the Kavango-Zambezi transfrontier conservation area could affect negatively the water quality there and the Okavango river water in Botswana and Namibia.
Moreover, Chris Brown, the CEO of the Namibian Chamber of Environment, an industry-funded environmental organisation that helps liaise between mining companies and affected communities, is wondering if ReconAfrica should be allowed to drill yet since it does not seem to have followed legal requisites such the public participation and environmental review processes. Browne considers that there needs to be public consultation over such an important issue.
An additional problem is that neither Namibia, Botswana or South Africa are party to an  international treaty on the transboundary management of shared water resources.
This increases the risk of a dispute between neighbouring countries over the resource or the damages caused to the environment. 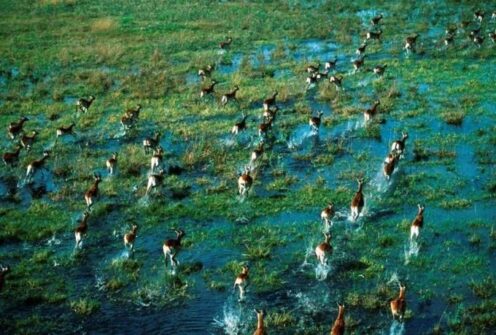 Confronted with the critics, the Namibian Mines Minister, Tom Alweendo told The Namibian daily that he did not see any problem with drilling for oil and gas in such sensitive and fertile land areas. Moreover, in September, he blamed the Windhoek-daily which had warned about the dangers for the environment of Recon Africa plans to drill oil and gas wells in the Okavango area, saying that “The article is written to cast doubt on how the government manages environmental issues”.
Despite ReconAfrica,’s CEO’s own admission that fracking would be used to exploit the oil deposits, the Minister told the Windhoek paper that the Canadian company people “are not going to do hydraulic fracturing but a conventional drilling method”. Yet, the paper reminds that Alweendo has for years earned a reputation of disregarding environmental concerns