Some dioceses have had their priests killed and churches destroyed but nevertheless they take in the homeless and the needy. The Episcopal Conference promotes interreligious dialogue and seeks to get internal and international political institutions moving. The testimony of Mons. Juan José Aguirre, Bishop of Bangassou.

On 29 November 2015, Pope Francis visited Central Africa and declared Bangui: ‘The Spiritual Capital of the World’. That visit created a peaceful interlude lasting four months. First there was the blind violence of the Seleka militias followed by another dark period lasting until today, under President Touadéra. During this phase, the human rights of the Central Africans have been and continue to be trodden underfoot with impunity by militias who call themselves Christian and are known as anti-Balakas. The visit of the Pope brought a time of peace and quiet that made us hope. We thought we had left the labyrinth of violence. After some time, those responsible for the UN mission turned a deaf ear to the message of the Central Africa Episcopal Conference. Despite the little good they undoubtedly did do, their overall mandate to defend the civil population seems to have been ineffective, unprofessional and, at times, due to its failure to react to war crimes, even complicit in them.

Welcome one and all

In 2013 and 2014, the churches of Bangui were filled with homeless: many found refuge there for more than three years. Some of the Muslims of the capital fled to Chad, others barricaded themselves in the PK5 quarter, the economic centre of Bangui. Yet, there are still homeless people in 80% of the territory not controlled by the government. The bishop of Alindao (in the south of the country), Mons. Cyr-Nestor Yapaupa, has 20,000 people camped at his residence. Catholics, Protestants and people of traditional religion sleep in makeshift tents supplied by UN organisations and suffer hunger and misery due to the insecurity created by the UPC (Unity for Central Africa, one of the many Seleka groups, led by Ali Darassa), which controls the city. 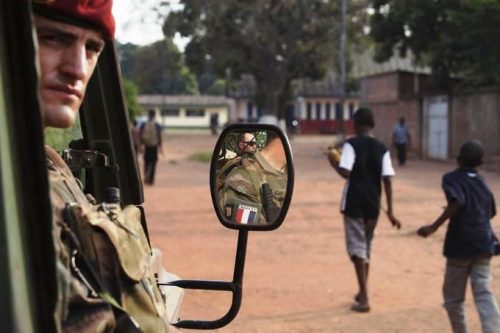 This is just an example: according to UNICEF, food insecurity affects four million Central Africans, 80% of the population. At the entrance to Alindao there are UPC mercenaries mixed with paramilitaries of the Peul ethnic group. At the exit there are anti-Balaka militias, poorly armed and composed mainly of young men. They say they want to liberate the country from the Seleka and they do this with unheard-of violence. Greeted first as ‘liberators’, they soon became fanatics and and even insane criminals seeking revenge. Alindao is between the hammer and the anvil. The Bishop of Kaga-Bandoro (central north), Mons. Taddhée Kusy is in a similar situation. However, there the militias have a different name and their sponsors are neither from Chad or the Gulf States. 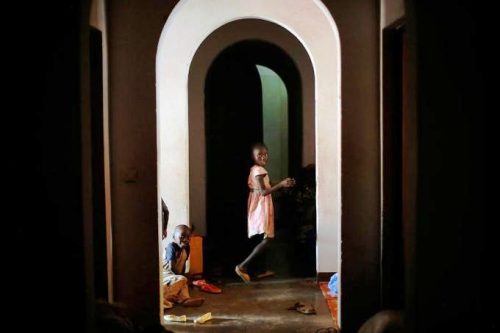 We in the Catholic Church are aware of our vocation to lend a hand to all the despised, abused or massacred peoples. In Bangassou, in the south-west, the refugee camp is located in St Louis Minor Seminary. The seminary was opened fifty years ago and educated part of the leading class while training many Central African youths for the priesthood. On 15 May 2017, two thousand Moslems from Bangassou who were about to be massacred in their mosque, were rescued and brought to the seminary, close to the cathedral where they are still living. The Church, like the Good Samaritan, does not ask if the wounded person is black or white, Moslem or not, or whether they have residence permits: it simply helps them. This is how the churches still standing in the city and in the countryside have become places of refuge, field hospitals, as Pope Francis often says, or simply friendly places where people can find temporary shelter and save their lives.

When, in December 2013, the anti-Balakas attacked the Moslem quarters of the city, the Cardinal of Bangui, Dieudonné Nzapalainga, granted refuge to the Imam of the central mosque, Omar Kobine Layama. Of 25 mosques, only two are still standing. Hundreds of Moslems were killed in the streets and more than half a million fled to Chad. The more than 600,000 internally displaced people were taken in by the Catholic churches. At Boali, 60 km from Bangui, the parish priest who had Moslems staying in his church firmly opposed about a hundred anti-Balakas who wanted to burn the building down. His courage avoided a tragedy and there was no loss of life. In this situation, the Cardinal, the Imam and the Protestant Pastor Nicolas Guerekoyame Gbandou, organised a Platform for the religious denominations of Central Africa to seek social cohesion and peace. The Catholic Church throughout the country also organised committees for mediation and the prevention of conflict. These are but small signs which, in many instances, have not produced great results but they have set in motion the wheels of reconciliation.
Certainly, the Church has paid a high price. Hundreds of chapels burned, many churches vandalised, and priests killed. The mission of Nzako (central-north) was burned to the ground: the priests’ residence, the dispensary, the school and the newly-built church, everything was destroyed by the FPRC (Popular Front for the Rebirth of Central Africa, a Seleka group led by Noureddine Adam. In 2015, Fr. Forman Wilibona was killed in the forest of Bossangoa. On 21 March 2018, Fr. Joseph Désiré Angbabata was assassinated at his parish of Seko (Bambari, in the centre of the country) while he tried to defend a group of women and children who were shot by UPC militias. 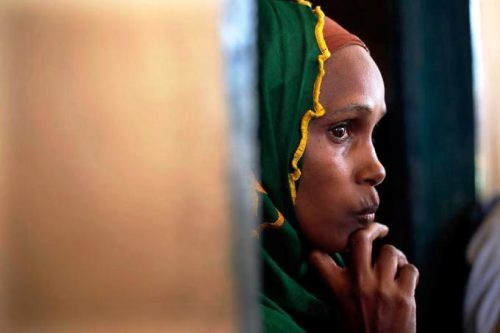 Fr. Albert Toungoumale was killed at the Comboni parish of Our Lady of Fatima, close to the PK5 in Bangui, the stronghold of the Moslems of the capital, on 1 May last. Fourteen other people were killed with him and hundreds were injured: they were attending mass on the memorial of St. Joseph the Worker when a radical Moslem group entered the building and fired on the faithful at point blank range. A few hours later the act was defined as, ‘a horrible crime’, by the UN peacekeeping force without, however, sending any troops to the place. We bishops and priests are witnesses to this often incomprehensible violence. We have interceded for Moslems and non-Moslems; we evacuated the wounded, bringing help to all for years. We have even dug common graves in the land behind my house to bury Moslems and non-Moslems alike.

Let us begin again with forgiveness

Pope Francis reminded us that religion is not to blame but is part of the solution. Since June 2017, I have spoken of little else in my cathedral but unconditional pardon and the need to start afresh. Many of my faithful would leave the church murmuring and with downcast eyes: their hearts did not follow the trend of my words. Both the Seleka and the anti-Balaka have burned down all sorts of buildings. Many families have lost everything. This is what happened in the Ligouna quarter (in the city of Zemio, in the east): for four kilometres, everything was burned, leaving but a dead desert. I can guarantee that, during these five years of conflict, many Catholic missions have remained there in the forest, to provide a place of safety for those unfortunate people whose quarters have been burned down, forcing them to flee. For everyone, a church means there is a priest there to welcome them, a well with clean water, a place to hang out their coloured clothes and rest in the shade while waiting for better times.
The church is always a place of encounter, a place where people from the organisations meet to spend the night. The churches are also places where we can find ministers, ambassadors, international organisation workers, even President Touadéra and the UN Secretary Antonio Guterres. They all meet in the hall of some church to analyse the problems, to plan, discuss how to spend the huge amounts of money, to offer solutions that are never realised. They hardly ever even cast a glance at the voiceless poor. They then depart in their high-powered Toyotas, surrounded by bodyguards to board their flights. And so they leave, while the Church remains. It is usually the Church that is the last to leave and turn out the light.