Second only to water, tea is the drink most consumed in the world. Served hot or iced, the infusion favours small cultivators, the economic growth of developing countries, and the health of the people at large.

The origins of tea date back more than five thousand years, but its contribution to health, culture, and socio-economic development is increasingly important. Today tea is grown in very localized areas, supporting more than 13 million people, including smallholder farmers and their families, who account for 60% of world production and depend on the tea sector for their livelihood.
The importance of the drink goes beyond the simple act of pouring hot water over the tea leaves. During the pandemic, tea brought comfort to millions of people around the world, with growing demand, especially among young consumers who have developed a taste for the drink thanks to its hydration benefits and sense of well-being.The tea plant contributes to socialization, cultural heritage, rural development, and sustainable livelihoods. It is one of the main and most profitable agricultural crops for families in developing countries and, as a labour-intensive sector requiring processing, offers jobs in remote and economically disadvantaged areas.
This drink is enjoyed by millions of people from China to Argentina, India to the UK, and each culture has its own tradition of consuming white, green, black, and oolong teas or blends. 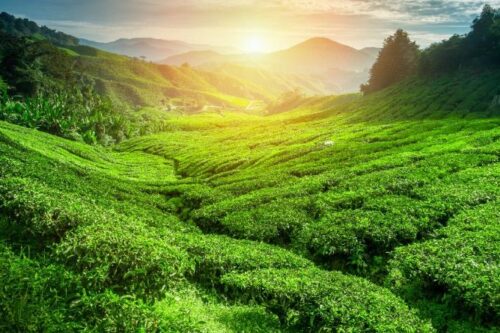 The tea production chain moves over $17 billion annually, in addition to the $9.5 billion generated by the global trade in the product. “The tea sector contributes to the Sustainable Development Goals, in particular by reducing poverty and eliminating hunger. It creates jobs, generates income, and improves the living conditions of the communities involved in production activities”, the United Nations acknowledges.
China, India, and Sri Lanka (in Asia) and Kenya (in Africa) are the main tea producers in the world. 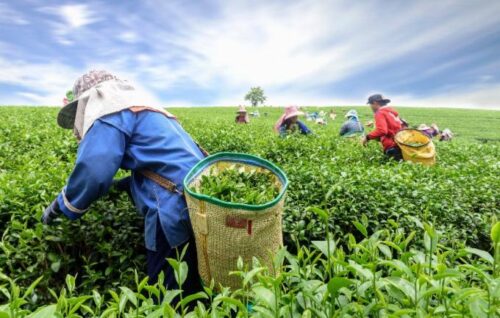 On the other hand, European countries with a tradition of importing tea are experiencing a decline in consumption. The region’s market is highly saturated and faces competition from other beverages, especially mineral and spring water, and coffee – a trend that could be reversed by relying on the promotion of special or organic teas. The difference between special products and traditional ones is given by the quality of the leaves, the fuller cut, and the drying process as well as climate change, reveals the International Tea Market 2022 report, promoted by the Food and Agriculture Organization of the United Nations (FAO). The study highlights that there will be new income opportunities in rural areas and an improvement in food security in producing countries. 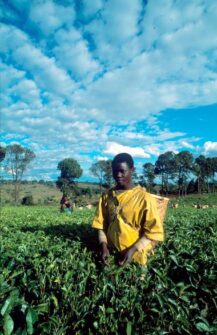 Tea consumption has increased rapidly in China, India, and other emerging countries, thanks to rising household incomes and the diversification of production, which now includes herbal teas, fruit infusions, and speciality teas. Global demand is also benefiting from new young Asian urban consumers, which translates into a decrease in exportable production. The increase in production is also linked to greater consumption of tea. After the turmoil in the global tea trade caused by the pandemic, there are new concerns about exports to Russia, the world’s third-largest tea market. “Tea is exempt from economic sanctions. A large amount will likely be imported into Russia from India and Sri Lanka. In the long run, there will not be a major disruption to the trade”, explains Ian Gibbs, chairman of the International Tea Committee. The countries with the highest per capita consumption continue to be Turkey, Ireland, Morocco, and China.

Problems and uncertainties
The tea sector must face a number of challenges to ensure its long-term sustainability. Plantations are very sensitive to changes in growing conditions and some producing countries will suffer the impacts of climate change, such as floods and droughts. At the same time, it is necessary to reduce the carbon emissions generated by production and processing.Tea is produced in rainy monoculture systems and climatic conditions determine the growth. The Camellia sinensis bush, of Asian origin, can reach a height of 10 meters. In cultivation, it is pruned so that it does not exceed one meter in height. 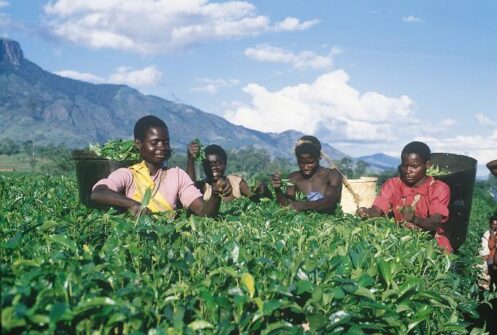 The collection of leaves begins when the bushes reach one meter and ends after about twenty years. The aroma of tea leaves depends on the nature of the soil and the climate. For example, to make black tea, the leaves are left to wilt and rolled and then exposed to the air to continue the oxidation, fermentation, and drying process. To make green tea, the leaves are steam sterilized and then rolled and dried to make tea with a lighter, more herbaceous flavour.
Changes in temperature and rainfall affect not only the quality but also the properties of plant leaves. FAO’s Intergovernmental  Group on Tea (IGG) recommends adaptation measures such as planting drought-tolerant tea, the diversification of production with other tree crops, organic farming, and investment in water conservation technologies.
“The tea sector must be environmentally, socially and economically sustainable, from the leaf to the cup”, says Qu Dongyu, FAO Director General, who also focuses on inclusion and promoting market transparency. Product innovation and diversification are also key to expanding the market and increasing consumption, such as flavoured ready-to-drink tea and sparkling iced tea. (Open photo: 123rf.com)