The drug-mafias have become experts in organization and logistical planning for the management of the dispatch and distribution of drugs by sea. The Sea Route 10, the Narco-Highway.

The international drugs trade uses, for the most part, a means of transport that has been in use since time immemorial, that of maritime vessels, used today to transport 90% of the world’s commercial goods. The mafias have become part of this by setting up an increasingly sophisticated network that has evolved through the use of the most varied technologies and vessels and especially through the study and planning of the sea routes that prove more profitable in this most lucrative of illegal businesses. 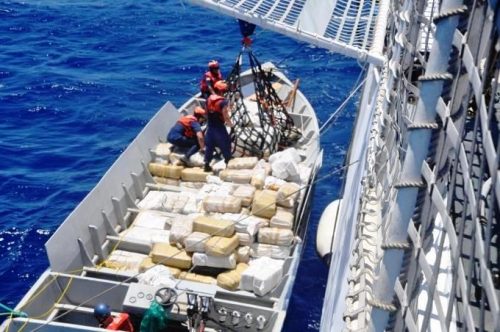 The drug-mafias have become experts in organization and logistical planning for the management of the dispatch and distribution of drugs by sea. Using part of their enormous income, they have hired experts in logistics, information technology and telecommunications. The drugs cartels (in particular those of Mexico, Colombia, China, Italy and Afghan-Pakistan) have become extremely efficient organizations in the management of drug trafficking both by land and by sea towards Africa, Europe, Russia, Asia, the United States, Canada, South America and Oceania. The Atlantic, Pacific and Indian Oceans are vast, immense areas where it is very difficult to intercept cargos of drugs firstly, because of the large number of vessels loaded with drugs, secondly, the vastness of the area and thirdly, the countless ports of departure and arrival that need to be watched.

There is one particular route that is frequently used by drug-carrying ships called Sea Route 10 that crosses the great Atlantic and Pacific Oceans from one end to the other. Route 10 takes its name from the line of latitude 10 degrees north of the Equator, known to both drugs traders and police as the ‘Narco Highway’. In her most recent detailed book, ‘The Cocaine Seas-the drugs sea-routes’, Ana Lilia Pérez, one of the most brilliant minds in Mexican journalism, describes it well. Pérez writes: “Starting in 2004, due to increased controls, Route 10 is being increasingly used to avoid the police launches so that the ships loaded with drugs can come close to the African or European coasts where smaller boats take the cargo on board. 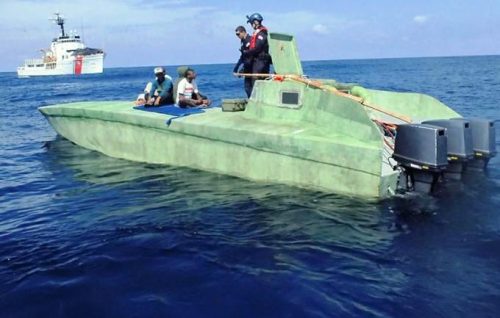 These smaller boats are ingeniously disguised”. Latitude 10 crosses the planet from one side to the other, from Colombia and Venezuela to Nigeria and Chad, then Sudan, Somalia, India, Thailand, the Philippines, Micronesia and the most remote Marshall Islands. Are the Polynesian islands involved in drug trafficking? Yes. Perez tells of dozens of boats belonging to Mexican drug cartels that fly the Marshall Islands’ flag and so exploit a classical measure of convenience to conceal their illegal cargos. Such places of natural beauty as the Marshalls, Palau and Vanuatu are themselves outlet markets for drugs which are, of course, sold in the larger markets of Oceania, Australia and New Zealand, two markets coveted by all the drug mafias since the price of drugs in these are the highest in the world. The Chinese gangs are also trading towards Australia and New Zealand using, among other things, large yachts. 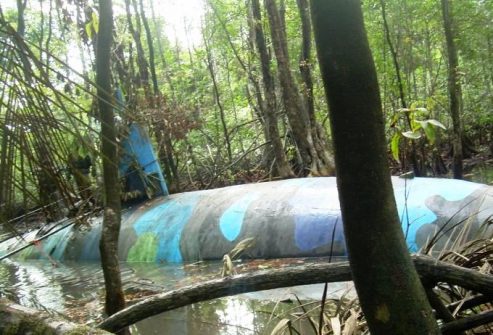 The Mexican cartels, with the help of the cartel of Arellano Felix group, may boast that they were the first to plan a fruitful and efficient distribution of cocaine using the sea routes to construct a vast and widespread logistic structure, using all sorts of vessels, even resorting, like the Colombian dealers, to mini-submarines. In the year 2016 alone, the US Coast Guard discovered six boats loaded with drugs. They were like mini-submarines able to sail close to the surface, built in such a way that only the partially windowed turret is visible above the water, enabling them to be steered. The most travelled sea route is that from North West Mexico to the coast of California. Even the Brazilian drug gangs have copied the Colombian and Mexican cartels, creating their own improvised mini-subs. It seems that the creativity of the drug traders is apparently unlimited in light of the discovery, in Calexio in August 2016, of a small, complicated tunnel, 45 metres long, used to send small parcels of drugs by letting them be carried by the current. In Calexico: a series of channels built on the Mexican side connected, on the other side of the Mexico-USA border, with the All-American Canal which was constructed to irrigate land using the water of the Colorado River. The parcels of drugs were driven by the current of the small tunnel and collected by accomplices at Calexico. 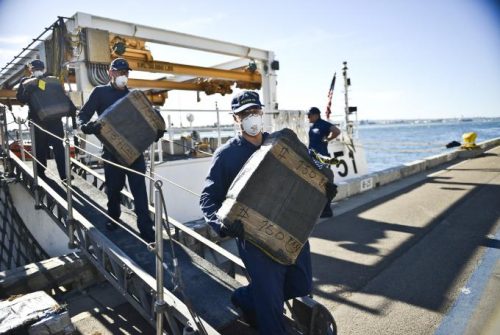 Tons of drugs from South and Central America reach the coast of northern Spain and Portugal on their way to European markets. The same happens along the coasts of many countries of Western Africa. In fact, the western face of the immense African continent has become an integral part of drug trafficking by sea. Trafficking has greatly increased in countries such as Guinea-Bissau, Guinea, Cape Verde, Gambia, Senegal and Benín where the local gangs receive about 30% of the goods unloaded from the drug ships. Crossing the Sahel, cocaine, heroin and opium traffickers exploit the vast desert expanses devoid of controls that characterise the region. The drugs provide finance to terrorist groups such as the various branches of Al-Qaeda and Isis now rooted in those regions, as is also the case with Afghan opium, the main source of finance of the integralist Taliban extremists. Guinea-Bissau especially, is a perfect base where drug ships can dock.
Despite the anti-drugs war waged by President Duterte, the Chinese Triads have no hesitation in continuing to bring meth drugs to the Philippine market. As reported by the DEA (American Drugs Enforcement Agency) and by the PDEA (Philippine National Police and the Department of Justice), a select group of Chinese traffickers is dedicated to sending the chemical precursors to the Philippines. More precisely, according to the investigators, it is the Triads, the Chinese mafia, which is behind the enormous and extremely lucrative trade. The meths are transported by vessels of all sizes, among the tourist yachts; the dispatches are usually sent towards the north of Luzon, the largest of the Philippine Islands. 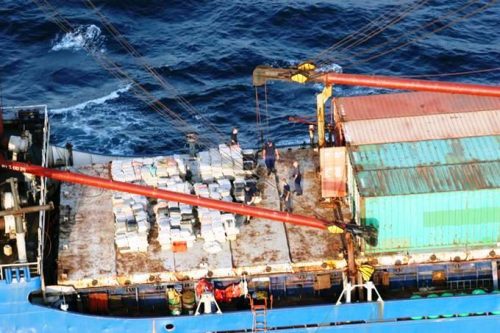 The drugs are unloaded at sea, far from any of the infrequent patrols of the Philippine Coastal Guard, where accomplice fishermen are waiting to take it ashore and hand it over to local gangs who take it to laboratories where, as they say in the drugs jargon, it is ‘cooked’. The same tried and tested method is used to transport and transfer the drugs from the Mexican coast to that of the United States. One of the ports for precursors on the Pacific coast, well known to the Mexican authorities is that of Lazaro Cardenas, in Michoacàn.
The port areas of Acapulco, Puerto Vallarta, Mazatlan and Culiacan are among the localities where illegal business between the Chinese Triads and the drugs cartels takes place.