Tension is escalating between Uganda and Rwanda. A crisis is developing that is affecting the entire region.

Tension between Uganda and Rwanda, but also at Rwandan borders with Burundi and Congo is rising.  By end April, Canada, Germany, Belgium, France and Australia told their nationals to move cautiously in particular in the border areas. 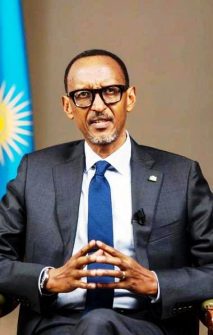 On the last 7 April, during the commemoration of the genocide ceremonies, in his speech, President Paul Kagame warned that  “for those from here or from outside who think our country has not seen enough of a mess and want to mess with us, in defense of those children you saw and our nation, I want to say, we will mess up with them big time”.
The statement translated the concern in Rwanda about the attitude of the Ugandan President, Yoweri Museveni who has admitted contacts with dissidents of the Rwandan National Congress (RNC), led by General Faustin Kayumba Nyamwasa. The Kigali authorities accuse Museveni to deliberately organise meetings between the RNC and rebels from the Democratic Forces for the Liberation of Rwanda (DFLR) which were created by former Rwandan armed forces officers involved in the genocide of the Tutsis in 1994. Kayumba has formed a coalition called P5 which includes beside his own RNC, the PS-Imberakuri and PDP-Imanzi parties, the Amahoro People Congress. and the United Democratic Forces created by Victoire Ingabire who served jail in Rwanda during eight years after a UN report revealed her links with the DFLR which are categorised as a terrorist group by the U.S. State Department.
Symptoms of tensions are visible at the border. 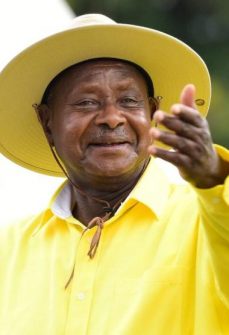 The Kampala Post reported by mid April that local residents on the Ugandan side were considering abandoning their border homelands to find secure areas inside the country owing to their fear that violence could break out at any time. On the 28 February 2019, Rwanda closed the Gatuna and Cyanika border posts and hundreds of cargo trucks loaded with goods were trapped in the no-man’s land between the two countries. Rwanda said the reason for the shutdown was to allow for the completion of the construction works for the One Stop Border Post, envisaged by the east African community, but Uganda spoke of a blockade.
Yet, the matter was not simply logistic. Indeed, President Kagame on the 26 March told participants to the African CEO Forum in Kigali that the problem was not about a road being constructed but about politics. Meanwhile, the Uganda press has been raising several bones of contention between both countries. According to Kampala, during several years, Rwandan security agents have kidnapped and sometimes killed dissidents who had sought refuge in Uganda. Kampala papers report that the Rwandan police shot on the 2 May on a Rwandan citizen who was trying to cross into Uganda at the Gatuna border post and that he was injured.
On the other hand, the Kigali authorities mention the persecution of Rwandan nationals. The Rwandan press mentioned several recent assassinations. According to the pro-government paper New Times, on the 15 April 2019, unknown assailants shot dead a Rwandan businessman named Lambert Sanabo, the manager of the Isimbi Wines factory in the Uganda town of Kisoro. A week before, another Rwandan citizen Theogene Dusengimana, who was working in a tea plantation in the Kabarole District, was killed, also by unknown people. 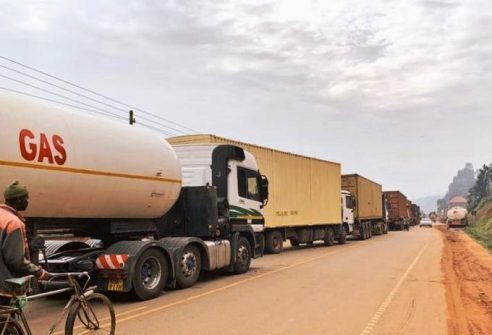 Between March and April 2019, 94 Rwandans were expelled from Uganda, after having been arrested and detained. The Kigali authorities report cases of abduction and torture of their nationals in Uganda. In March, the Rwandan Foreign Minister, Richard Sezibera said that 40 Rwandan nationals were being detained in the neighbouring country on charges of spying on behalf of Rwanda, while several Ugandan officers were arrested on charges to conspire with Kigali.
Rwanda is especially concerned by the “economic sabotage” allegedly perpetrated by Uganda which includes the blockade during five months in 2018 of two containers of coltan of the Kigali-based Mineral Supply Africa company. The Ugandan private sector is another collateral victim of this dispute. Indeed, in 2017, Ugandan exports to Rwanda amounted to $ 182 m. which is ten times the volume of Rwandan exports to Uganda. In fact, the entire region is affected. The Ethiopian Electric Power company which was planning to export up to 400 megawatts towards Rwanda cannot do so because the interconnection should cross Uganda which blocked the project.
The port of Mombassa is losing traffic from and towards Rwanda, but also from and towards Congo and Burundi. The main beneficiary of the situation is the Tanzanian port of Dar-es-Salam. 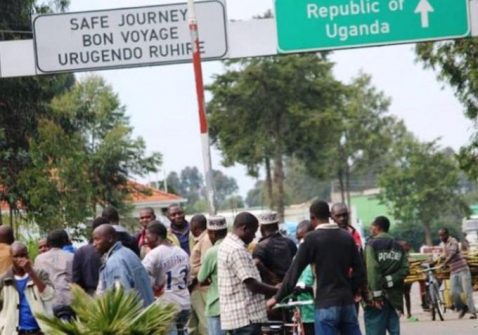 These tensions between both countries have also negative repercusssions on the Burundian border. Indeed, another coalition called the Rwandan Movement for Democratic Change which groups the DFLR and the RNC announced in 2018 the creation of an armed wing which claimed responsibility for several attacks in Southern Rwanda.
The Bujumbura authorities which are irritated by Rwanda’s decision to give asylum to political dissidents, journalists and human rights activists, are recruiting DFLR fighters whose names were published by the independent Burundian Radio-Télé Renaissance whose installations in Bujumbura were destroyed in 2015. “This is an open secret. The regime has hired DFLR members for the presidential guard” says the chief editor in exile of Radio Inzamba, Désiré Hatungimana.
In January, the Congolese Defence Minister, Crispin Atama warned the UN that DFLR rebels were planning an attack from the South Kivu province against Rwanda, which allegedly was planned by General Kayumba Nyamwasa. Such allegations confirm a UN report from December 2018 about the presence of anti-Kagame Rwandan forces in the Bijombo forrest, in South Kivu.
Several causes have been mentioned to explain these tensions. One is the frustration felt by Museveni caused by Paul Kagame’s alleged lack of gratitude after Uganda provided the Rwandan Patriotic Front with a base to organise the return of the Tutsi refugees to their country. These same circles feel also humiliated by the defeat inflicted to the Ugandan People Defence Force in 2000 during the war in the DRC by the Rwandan Patriotic Army at the battle of Kisangani. But these events are old. Therefore, the real reasons behind the current crisis are probably more related with recent events in Uganda, tells SouthWorld a President Kagame’s adviser. 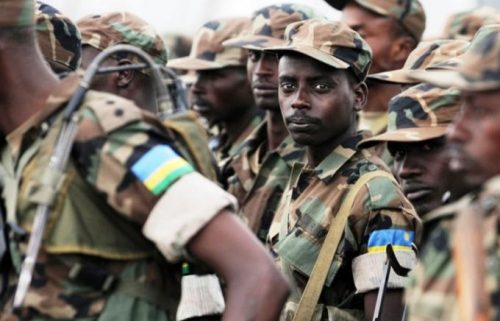 Accordingly, the situation has begun to deteriorate when some people started to conspire against the presence in the Ugandan administration of  ethnic Rwandans like the Police Inspector General, Kale Kayihura, who was fired in March 2018 and replaced by Gen. Okoth Ochola, a native from the Tororo area.  According this source, Kayihura’s enemies managed to persuade Museveni, to get rid of him because the Inspector General was allegedly willing to oust him with Kigali’s support. And there are fears in Rwanda that the situation can deteriorate even further.  Rwandan military are deployed at the border while two brigades of UPDF’s second division are deployed on the other side of the border. There are fears in Kigali that Uganda which is concerned that its infantry could face problems if confronted with the Rwanda Defence Force, could launch air strikes on Kigali. For that reason, Kigali has reportedly ordered SAM surface to air missile batteries to Russia, say European defence experts.