From a green wall of trees to a mosaic of ecosystems. From the moment it was conceived to now, The Great Green Wall for the Sahara and the Sahel (GGW) – has been radically transformed.
The objective, however, has stayed the same: to curb soil degradation and to combat poverty.

In June 2005, the Heads of State and government from the Community of Sahel and Sahara States (CEN-SAD) met in Ouagadougou, the capital of Burkina Faso, and for the first time ever, they agreed to jointly combat desertification through a specially dedicated project. Former Senegalese President Abdoulaye Wade became its spokesman. In January 2007 the African Union formally adopted the initiative in Addis Ababa. A few years later, in 2010, the GGW received its very own dedicated Pan-African Agency during a meeting in N’djamena, and Chad was tasked with coordinating and harmonizing the efforts of each member State. 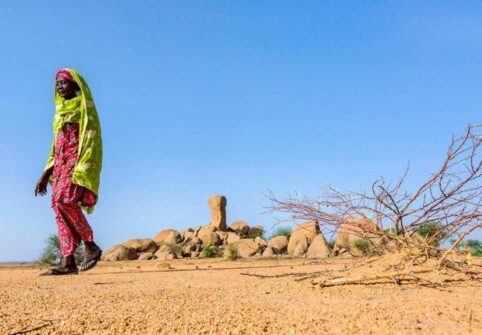 The initial project focused on the reforestation of a 15 km wide, and 8,000 km. long, strip from Senegal to Djibouti (from the Atlantic Ocean to the Red Sea). The green wall involved the planting of trees to help curb desertification and the impoverishment of populations. Still, many criticized the effort – especially civil society, based on the evaluation of similar experiences in Algeria and China. But previous reforestation steps had not taken into account such factors as the quality of the soil or the use of native plant species, which are better able to adapt to the climate and the amount of water available. The failure to select species on the basis of adaptability meant that tree mortality was high. Meanwhile, the poor or non-existent involvement of local populations in the GGW’s design made it difficult to maintain green areas. Both in Algeria and China, similar projects moved towards an integrated system of afforestation, agricultural and pastoral development. 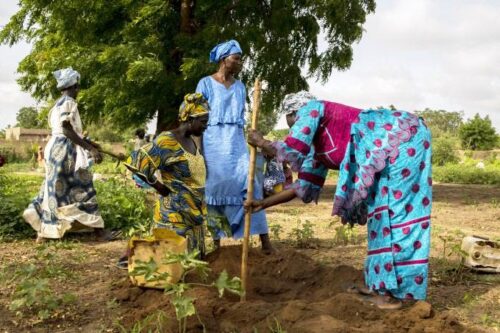 In 2011 the French Centre for Desertification Studies (CSFD) published a paper about the first phase of the GGW, entitled “The African Great Green Wall project. What advice can scientists provide?”, dedicated to the first version of the wall. In the study, scientists disputed the expression ‘stopping the advance of the desert’, pointing out that it was not so much a matter of the Sahara’s advance as it was about the degradation of the semi-arid zone due to an overexploitation of resources and low rainfall.The French scholars also stressed that if the project was to take root and work in the long term, it would have to necessarily focus around the needs of the local population. Indeed, the Wall’s initial route would have crossed inhabited, agricultural and pastoral areas. Hence it would need to engage the inhabitants to manage the natural resources.
To succeed, the GGW project, according to the Studies Centre, should have targeted aspects such as: preserving biodiversity and ecosystem services, integrating different economic activities, considering the conditions of access to land and resources, and ensuring lasting
benefits to the population. 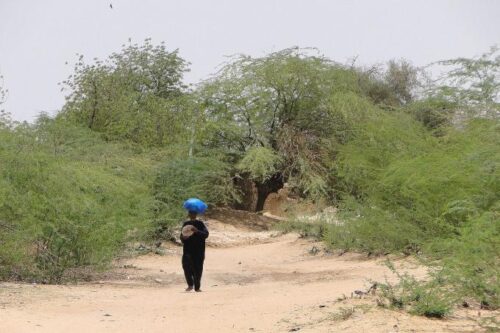 In 2012, the GGW adopted the ‘harmonized regional strategy’, still in force today. Its aim was to standardize procedures and establish guidelines for the member States. The GGW was born out of an African Partnership, backed by international solidarity, which aims to reverse the erosion course in Africa’s more arid regions. According to the document, the project aims to conserve, develop and manage natural resources and ecosystems; strengthen infrastructure and rural area potential; to diversify economic activity and improve the living conditions for the communities, reflecting an integrated and multi-sector approach.
Today, the GGW has become a mosaic of sustainable development efforts involving agricultural projects, pastoralism, and the planting of trees, shrubs and plants, able to ensure additional income for the local populations. The initiative involves, at various levels, 22 countries surrounding the Sahara: from the North to the Sahel belt, up to Benin, Togo and Ghana, which had been excluded at first. (M.G.)