To build an alternative financial model. To employ profit-loss risk-sharing arrangements. To invest in solid assets. To encourage favorable changes for Western consumers and new business opportunities for Western institutions.

The appeal of Islamic finance, which in its modern form began in 1963 in Egypt through the Mit Ghamr Bank according to the ideas of economist Ahmad el-Najjar, is increasing as a tool to ‘fix’ finance. ‘Islamic finance’ addresses the general problem that excessive debt leads to financial crises. Islamic finance refers to all legal institutions, financial instruments or businesses that conform to the principles and traditions of Shari’a – Islamic Law.
The idea of adapting their economies to the Islam might also be interpreted through the range of Islamic nationalism (for lack of a better term) in the wake of the post-colonial reality of the 1950’s and 60’s. 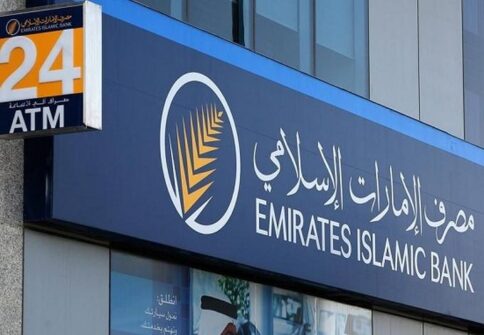 New States, suddenly launched into the world developed a self-awareness or identity that marked the break with the past while having to confront their once ‘colonial masters’ in the world economy that the latter created. Thus, Islamic financial systems rose in large part to nationalisms borne as a reaction to European colonialism.
It’s estimated that the total value of assets compliant with Islamic finance was valued at some $2.2 trillion in 2020. While, the growth rate of such assets has slowed, as has much financial activity in 2020, Shari’a compliant financial activities are expected to grow in the coming years. This is not just because there are about 1.5 billion Muslims worldwide. Rather, as many begin to question the ‘reliability’ of traditional finance, a considerable number of finance scholars have become increasingly interested in studying Islamic finance, adapting some of its key principles to build an alternative model to current Western models. 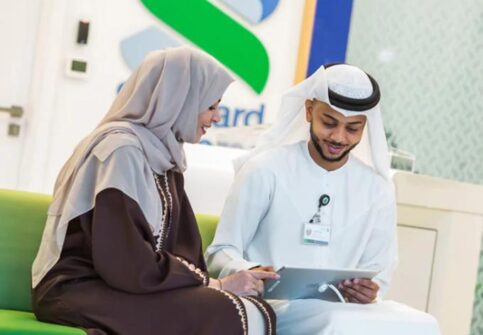 The main obstacle to the adoption of Islamic finance is that attracting the due consideration, let alone consensus in the West, would require a willingness to forego stereotypes about the countries where this model has evolved. Still, the 2008-2009 financial crisis and the economic blow dealt by the COVID-19 pandemic may encourage economists of varied backgrounds to approach Islamic finance as a viable alternative. Because of its roots in the Islamic religious tradition, Shari’a based finance revolves around a set of precepts that govern economic transactions and trade, devised in order to achieve the highest possible degree of fairness and benefit to the ‘Umma (the community at large).
In practical terms, Islamic finance is never detached from the real economy, and it shuns the phenomenon of financial alchemy that western economies have witnessed in the past forty years – and especially since the collapse of the Soviet Union.

Real Assets Rather than Speculation
The focus on the real economy has shielded countries with strong Islamic finance systems from the repercussions of the 2008 crisis. Islamic finance’s two underlying principles are risk-sharing and making credit available for the purchase or manufacturing of real goods and services with severe restrictions on speculation such as selling debt (options, derivatives), the practice of selling-short (betting that the value of an asset will drop rather than rise), associating the latter to gambling (qimar), which violates the faith. 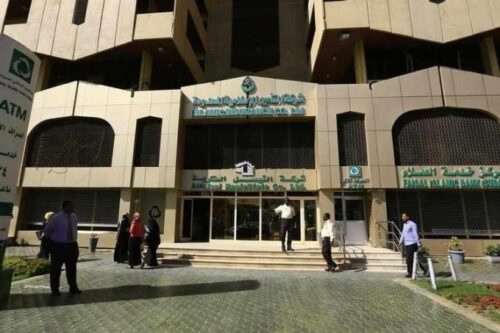 The overall effect is discipline. Islamic finance favors discipline over excessive risk-taking, thereby instilling more financial stability. This is the opposite of the current Wall Street model. And the focus on stability and the real economy is also why there is no need to be Muslim to adopt or appreciate Islamic finance. While Wall Street has encouraged speculation in paper assets (the Sub-prime crisis involved speculation on high risk mortgages), Islamic financing favors investing in solid assets, a practice that mitigates precarious levels of debt, as in current western models, which are entirely based on limitless debt.
The foundation of Islamic finance is that transactions cannot demand interest rate payments on debt. Rather, they employ profit-loss risk-sharing arrangements while customers can still benefit from savings accounts, as they gain value by participating profit-sharing (as these too are prevented from accruing interest).  As for lending, banks grant funds/resources while the client, in the case of a company or large entity, provides the expertise to favor growth such that profits are produced, and then shared according to an agreed rate. At its core, the main difference between Western and Islamic finance is that the latter tends to discourage excessive risk. Translating this for the benefit of consumers accustomed to western models, Islamic banks act as money managers that attract deposits and then invest them in projects in accordance with (Shari’a based) rules that reduce exposure to risk for either the lender or the borrower. 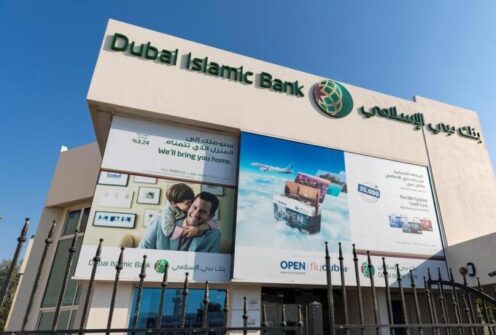 Thus, the bank does not pay interest on deposits, nor does it charge interest on loans. Rather, in broad terms, an Islamic lender invests in its customers’ transactions, participating in the risks. In order to ensure that earnings comply with Shari’a, banks deploy appropriate boards, made up of Islamic jurisprudence experts, who certify that transactions are carried out in compliance with Islamic law. Evidently, given such a context, religious ethics inform the entire scope of Islamic finance, which at the basis rests on the core tenet that all resources belong to Allah. Thus, economic growth must also reconcile the protection of Allah’s realm, that is all of creation. Islamic finance, at least in theory (if not always in practice) favors investment and profits only if they produce benefits for the whole community. It grants room for competition, but not the kind of Darwinian winner take-all variety that reigns supreme in the West. Thus, it does not tolerate monopolies. Islamic finance works harmoniously with socialist systems, as it welcomes State intervention through policies and subsidies for essential items to reduce inequalities.

COVID Increase Islamic Finance’s Appeal
The economic and financial crisis, which erupted in 2008 in response to the implosion of subprime mortgages created many effects. These effects linger, despite the distraction that the ‘artificially fueled’ (through corporate tax cuts encouraging share buybacks) bull stock market has caused in the United States, fears of another crash, and or another crisis, have raised questions about the sustainability of the capitalist system itself. Therefore, rather an exotic idiosyncrasy, Islamic finance begs serious consideration as more than an alternative, but as an opportunity to the excessively risk-laden finance practiced in New York, London or Hong Kong. The latter have fueled a climate of distrust, encouraging investors to consider Islamic finance, which has earned a reputation for greater degrees of transparency, controlled speculation, social responsibility and relevance to the real economy. 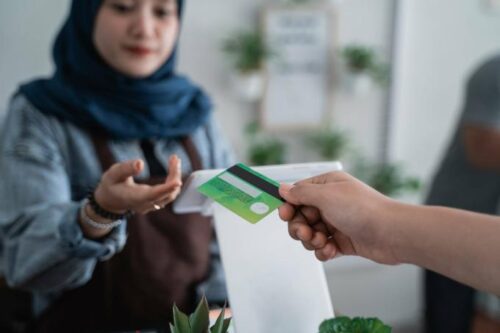 The crisis has shown that ‘Western’ economic development models must change, and that has stimulated an interest in Islamic finance. Far from being a marginal subject for specialists, Islamic finance has experienced a lively phase, which could encourage favorable changes for Western consumers and new business opportunities for Western institutions. More than culture, the main obstacles to Islamic finance in the West are regulatory. Islamic banking relies on different contractual models, which require changes to the fiscal regimes of market-based systems. Until recently, and especially after October 2008 with the Dodd-Frank Act, aimed at infusing additional layers of transparency and accountability – though often excessively reliant on ‘punishment’ through fines and prison sentences. But, these have proven to be ineffective in controlling the financial system’s built-in, and unavoidable, speculative model. Indeed, the main problem is also the main tenet of market systems: the profit motive. The debate for reform has centered around the idea of what kind of reforms might be applied in order to avoid confining the market’s reach to such an extent as to disincentivise markets altogether. 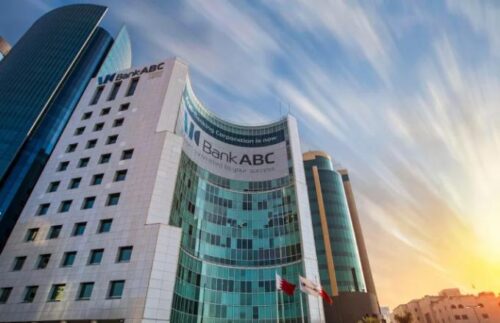 Such a debate is careful to skirt around the main problem: market crashes affect everyone; especially, the part of the population that owns neither stocks, bonds, nor any other financial instrument. Despite having no stake in their performance, they pay a disproportionate price as happened in October 1929, September 2008, or 2020 with COVID-19. Reduced to its theoretical core, Islamic finance, represents an appealing basis from which to improve current neo-liberal capitalism, infusing a much-needed dimension of ethical and social concerns in the market that extend beyond current ideas of ‘sustainability’ (which try to discourage excessive risk taking without the ethical foundations). Ultimately, Islamic finance, as opposed to Western finance, is better equipped to address the aspects of wealth distribution disparities; especially as many so-called rich countries are having to manage ever larger percentages of unemployed and underemployed in their   populations.