The Blood Sisters miniseries has disembarked on Netflix. Filmed during the pandemic by Biyi Bandele (Half of a Yellow Sun, Fifty) and Kenneth Gyang (Òlòtūré, Confusion Na Wa) and produced by EbonyLife Studios, the 4-episode miniseries has already found considerable success both in Nigeria as well as in the UK and the United States.

The story begins with the luxurious celebrations for the engagement of Sarah, a sweet and beautiful girl of humble origins, and Kola, a powerful manager of a pharmaceutical company. The party, however, is upset by the death of Kola who, after neutralizing the killer sent by her older brother, is killed (in self-defence) by Kemi, Sarah’s best friend.
To escape the police and the revenge of the powerful Kola family, the two women hide in the slums of Lagos waiting for an opportunity to leave the country. During their escape, the two protagonists must defend themselves from greedy and violent characters. The foremost of these is the mother of Kola, head of the family, linked by an ambiguous relationship with her favourite son Kola.
She is as sweet and understanding with Kola as she is cruel and disparaging with her other two children. Femi, the older brother who lives in the shadow of Kola harbours a desire for revenge with his power-hungry wife Olayinka. And Timiyen, the ‘mistaken’ sister, a drug addict in the process of detoxification. 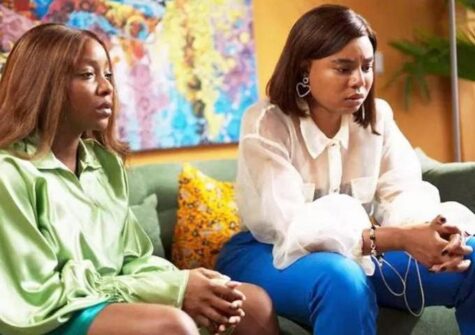 Sarah’s parents are certainly no better. Greedy social climbers from an Igbo village, they are more interested in the loan given them by Kola’s family than in their daughter’s happiness. As a corollary, there are other male characters who are not particularly noteworthy. Cops, detectives, killers, and traffickers are even less convincing than the protagonists.
Directing, set design, acting, costumes and dialogues, all defer to the classic stylistic features of a Nollywood (the Nigerian film industry) in a Netflix sauce. Nothing new then despite producer Mo Abudu’s bombastic statements: “Blood Sisters is a crime thriller, which is a new genre for us, so the prospect was inspiring and very exciting! It was also a particularly unique and intense experience; we shot it during the pandemic, but we stayed true to the vision we share with Netflix, which is to tell authentic and exciting African stories with superb production levels”. 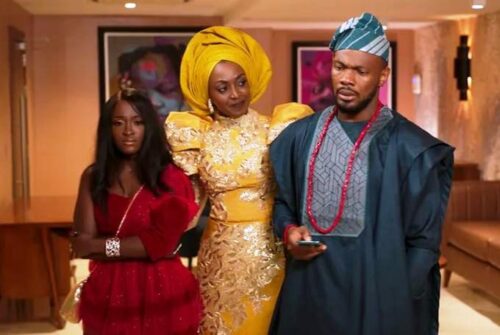 Other enthusiastic statements warn us that the world would finally be ready for a 100% Nigerian and at the same time universal story. This is why it was shot in English with micro forays into Igbo and Pidgin. The promotional material states that the series is an ode to Lagos, a commercial megalopolis where different social classes coexist. It would be precisely the economic dynamics between rich and poor that constitute the international element, some argue, making an unlikely comparison with Squid Game. Others extol the feminist theme.
A story of sisterhood and women’s emancipation that denounces domestic violence and systemic corruption. Unfortunately, these good intentions are not enough to make it a series of innovative qualities. We find the woman behind the scenes, Mo Abudu, a tireless African media mogul, much more interesting. 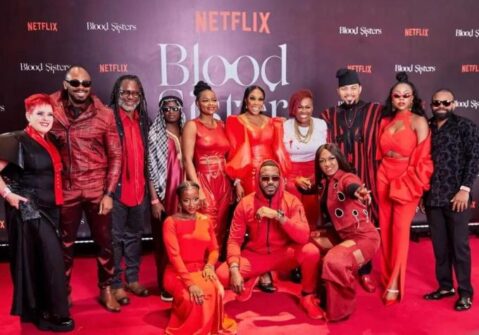 Photo from the premiere of Blood Sisters held in Lagos. (Netflix)

Ambitious and determined, she started her career as a talk show host. In 2013 she founded the EbonyLife Media network which produced more than 5,000 hours of content including The Wedding Party one of the most successful Nigerian films. With offices in Lagos, London, and Los Angeles, EbonyLife Media works with international partners to develop African stories imbued with Black Consciousness for the continent and the diaspora. Mo Abudu’s empire also includes the EbonyLife Creative Academy in partnership with the Lagos state government and the EbonyLife Space, a luxurious event and cinema resort where, in fact, the first episode of Blood Sisters was filmed. (Open Photo: Netflix)