It is not so much immigration as clandestine arms trafficking that renders the Mexico/USA border highly dangerous.

The Mexican cartels are famous for all the wrong reasons and their incalculable determination is a fact that no longer causes surprise among the public. Nevertheless, not all the groups involved in selling drugs adopt the same strategy to achieve their end. It is a fact that, within the galaxy of criminal Mexican organisations, the CJNG – Cártel de Jalisco Nueva Generación – represents an extremely unique case of the integration of old and new means of territorial control and internal organisation.Known to be the main rival of Los Zetas – another well-known Mexican cartel set up in 1999 – the CJNG operates within the cities of Guadalajara, Jalisco and Veracruz, as well as in the states of Michoacàn, Nayarit, Guanajuato and Colima.
According to experts, the criminal group is distinguished for: its flexibility in combining a military approach with its historical criminal ties; the will to insert itself strategically within pre-existing conflicts; the promotion of vigilante rhetoric. 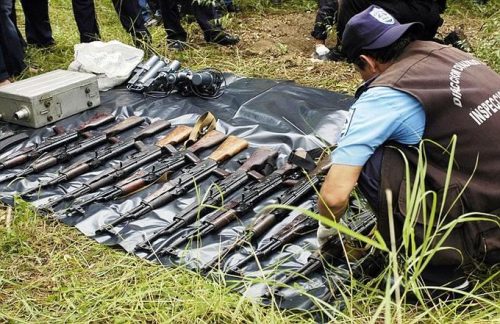 This last point plays a crucial role within the creation of a chaotic strategic scenario. The State of Michoacan is a clear example: the proliferation of armed groups goes ahead in step with the increase of attacks against the representatives of the state authorities such as the members of the armed forces – on 29 July 2013, in Michoacan a Mexican marine officer was killed. The main concern is that such self-created groups may, in the future, become penetration instruments of those same criminal organisations that they are meant to fight, a pattern already apparent.

The offensive capability of the Mexican cartels is determined, first of all, by the clandestine provision of arms that constantly keeps their members supplied. Even though the United States election campaign portrayed Mexico as the starting point for the arms trade, the facts show a different reality: most of the arms used by Mexican cartels, in fact come from the USA, with around 253, 000 firearms crossing the border – mainly through Texas, California and Arizona – every year. It would seem that there is a similar tendency with regard to the firearms used during abductions by Mexican agents between 2009 and 2014, with 70% of the weapons – about 74, 000 pieces – coming from the USA. 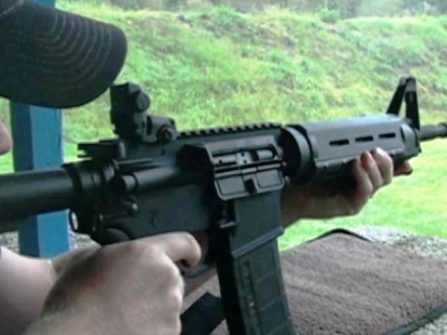 The types of arms most used are the AK-47 and the AR-15 which cannot be bought legally in Mexico but are often acquired in the USA by means of straw purchase – the purchase of goods or service for someone who cannot afford them and the subsequent transfer of the goods or services to the client – for which American legislation, that places no limit to arms purchases in many states, is partly to blame.There is also a legal market in which Mexico and the USA are involved. The latter purchases arms for its security forces, thus enriching US industries: in particular, between 2015 and2016, around 276 million dollars were paid to USA-based arms suppliers through arms deals with Mexico. Furthermore, Mexico bought aircraft, helicopters and other military vehicles for a total of 560 million dollars during the same period. 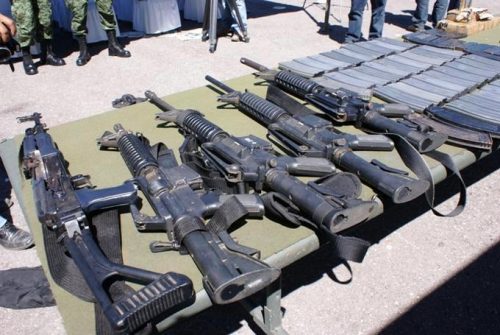 The sale of arms was also a point discussed by the Secretary of the Department of Public Security, John F. Kelly and the Mexican Internal minister Miguel Angel Osorio Chong, during which he use of military forces to end the migration question, was excluded – contrary to what was said by Donald Trump who defined the action as “a military operation.

The consequences of the war

Perpetuating the status quo brings with it the danger of serious repercussions and not only for Mexico itself. The role of the Mexican cartels in the USA is much more than just an election campaign theme: even with frequent arrests, it is still difficult to prove cartel membership and a consequent active role within the organisation. Apart from everything else, cartels supplies come “from the Andes to the USA”, as stated by San Diego University professor David Shirk. 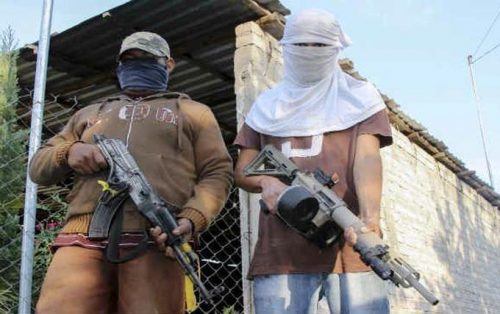 The war on drugs will doubtless be a matter demanding the attention of President Pena Nieto’s successor, especially in the light of the almost record level murders, sequesters and extortions – according to statistics, the murder rate in Mexico City has reached a record level as compared to 1997 figures – Within the capital, around 85% of the population feel they are in danger.
In the short term, this will lead to the further escalation of tensions and the consequences could also affect the migration process from within. At present, statistics in this regard do not go beyond 2015 but the increase of violence is also revealed empirically and a connection between the two variables is anything but improbable. According to security analyst and former Mexican intelligence official Alejandro Hope, the strategy to avoid Mexico City becoming the scene of a war between cartels – a scenario described by them as “improbable” – is that of the strength of its security forces (95, 000 officers).
On a broader level, the continual circulation of arms across the Mexico-USA border is a further element of insecurity that requires increased bilateral cooperation between the two states. In particular, the USA should reinforce controls both within its own federated states and the programme regarding its southern frontier, in order to reduce drastically the supply of arms by the cartels.