The phenomenon of organized crime is one of the plagues that most affects both the economy and the quality of life of citizens, since the cost of violence and insecurity has serious consequences on the GDP with the attendant result of the emptying of entire villages and thousands of Salvadorans asking for asylum in foreign countries to escape the violence.

A crucial role is played by criminal gangs, better known as maras or pandilla, that with their 65,000 affiliates that correspond to about 9% of the population, have a social and capillary control of the territory: they are groups that express their identity through symbols and signals, that share certain rules and relationships, more or less hierarchical, and that extend nationally and internationally.
Maras are often involved in illegal activities and claim control of some businesses, territories or economic markets. 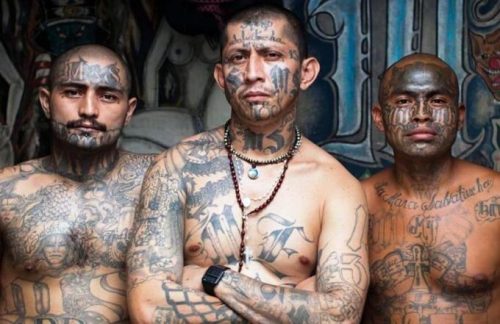 It should be noted that despite trying to combine the two terms mara and pandilla, the differences remain clear: the maras are a phenomenon with transnational roots, linked to migratory contexts (Los Angeles above all), while the pandillas are organizations linked to an autochthonous territory, or district, heirs of a generation of youth groups rooted in Central American history. Born, in fact, in the suburbs of the United States among communities of Hispanic and Mexican emigrants from Washington, Los Angeles and Southern California between the 50s and 60s of the last century, the maras followed the pattern of US youth gangs despite having the same needs as ethnic mafias. This latter is a factor that was accentuated very gradually as, thanks to emigration, they expanded to other countries. It was the era of gangs in the American suburbs, and the Central Americans, despised by the more integrated Mexicans and Puerto Ricans, organized themselves as a form of self-defense and preservation of their own identity. Over time, the gangs turned into local mafias, dedicated to petty crime through extortion and small-scale drug trafficking. 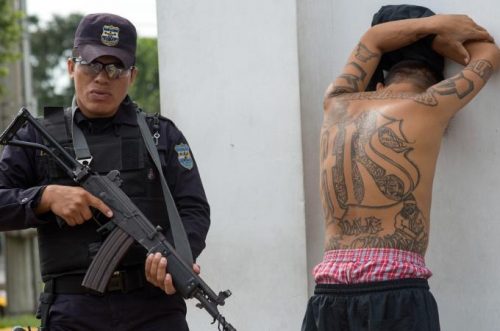 The names of the two major organizations, the Mara Salvatrucha (MS13 or simply MS) and the Dieciocho (or Barrio 18), refer to the neighborhoods of Los Angeles that had indeed been established as the breeding grounds for these organizations.
In the early 1990s, the ‘Illegal Immigrant Reform and Immigrant Responsibility Act’ came into force, a reform implemented by the United States that involved the deportation of all illegal immigrants to their country of origin. This reform favoured the acceleration of the expansion process of both criminal groups, since most of the deportees who were affected exported the gang culture to Central America and in particular to the Northern Triangle area, which includes the states of Guatemala, El Salvador and Honduras. Within the Northern Triangle the maras became particularly active and well-established and began to recruit among the boys of the local population, reinvigorating the fringes of both groups. This created the right conditions to proceed to an adequate structuring and ramification that allowed the organization to extend its range of action throughout Central America, Mexico, the United States and even Italy. However, the UNODC (United Nations Office for Drugs and Crime) is keen to point out that it is not appropriate to talk about ‘transnational gangs’ when referring to the maras, as their activities, mainly racketeering and drug trafficking, are concentrated above all on the local territory, despite their members operating outside national borders. In the same years, in El Salvador, members of the White Fence 13 gang also arrived, famous for being one of the first established in California and being affiliated with Eme, a powerful Mexican criminal organization. 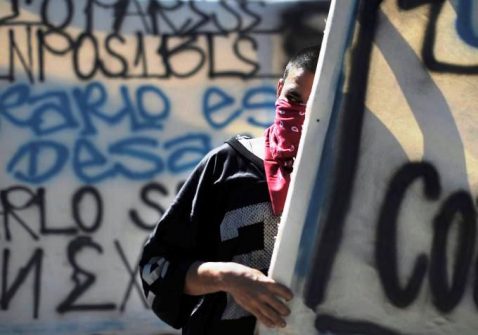 The Mara Salvatrucha and the Barrio 18 were once close, or at least not in perennial war with each other, but subsequently they re-embarked on war generating innumerable episodes of violence aimed at controlling new marketplaces and new channels for arms traffic. This conflict was appeased in May 2012 when the two organizations began a real peace process that led to the signing of a truce with the then Salvadoran President Mauricio Fuentes. The government, with the aim of reducing the number of homicides in the country offered, in return, the reintegration of its members into everyday life, immunity, a job and the transfer of their leaders from the maximum security prisons to other prisons where they could receive visits. This agreement worked the first year – the murders went down by 42 percent – but the people’s confidence in the government and the rule of law collapsed. A year later, under pressure from the United States, El Salvador decided to put an end to the truce and this saw the record rate of murders ever carried out reached in 2015. At that point the Government reacted with a heavy hand and launched a tremendous repression. (F.R.)