He could have left, and lived a better and more comfortable life. Instead he preferred to stay and put himself at the service
of the weakest.

Peter Sunduk is no longer a young man, but he has kept a young, courageous and confident heart, by constantly swimming against the tide and making tough choices. Despite the many difficulties, mainly due to isolation, underdevelopment, poverty and the armed conflict in the country that has marked its entire life, he never stopped dreaming of a better future for himself and his people. 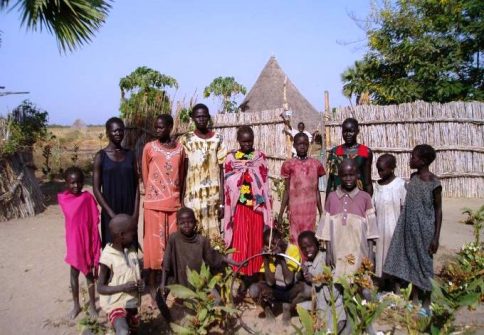 Peter was born in a small village in the province of Fangak. He learned from the adults about the hard life of semi-nomad breeders. The desire for education brought him to the town of Phom, where he was able to attend elementary school. But the conflict that broke out in the 80s forced him to move to Khartoum where he took the opportunity to attend high school. He lived at the Comboni missionaries’ parish of Halphaya north of the capital.
He attended school in the morning and in the afternoon he helped with the gardening, and served as a guardian at night. A missionary took a liking to him. He used to give him various catechetical and liturgical texts to translate. “Peter, he used to ask him, what are you going to do at the end of high school? What are your plans?”. 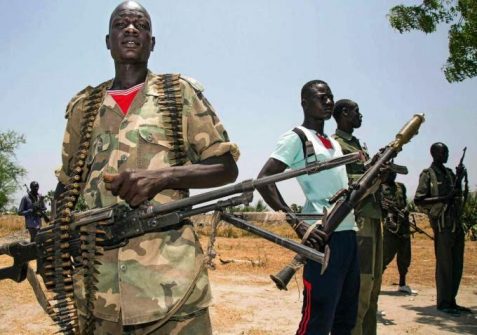 Peter was aware that the missionary’s question referred to a possible vocational intention. The idea of becoming a priest sounded good to Peter, but homesickness did not allow him to take it into consideration. Once in Fangak he would figure out what he would do with his life. But when he returned home he found the province torn by civil war. Phom was in the hands of the militias hired by the Khartoum government. While rural areas were in the hands of SPLA ( Sudan People’s Liberation Army) rebel forces. The population was between the hammer and the anvil. One could only try to survive in such situation. His life seemed to him insignificant and Peter started drinking.
The arrival of an American doctor, Jill Seaman saved him. After a work experience with ‘Doctors Without Borders’ in Leer, Jill had decided to move to this region where there was very high incidence of kala-azar, a disease she specialized in.
She was the only doctor for more than a hundred thousand people scattered throughout that vast region and Peter was the only one who could act as her interpreter. So he volunteered to help her; he also learned to give injections and got to know the medicines available, and soon he also was able to make diagnoses.

After a year of work, everybody called him ‘Dr. Sunduk’. In those years the SPLA often combed the area in search of new recruits and, to their attempts, Peter always answered firmly: “A doctor can only be a civilian. He cannot leave the population in the grip of malaria, typhoid and tuberculosis”. The clinic expanded over the years and competent people were needed.  So Peter and James were  selected by Jill to attend a course for health officer, which was sponsored by the African medical and research foundation (AMREF). The course included three years of study and one of internship.
The attendance to the course opened up many work opportunities for Peter. Several organizations were interested in hiring him: getting a job at the World Health Organization (WHO) would have represented the prospect of a secure and comfortable life.James enrolled in the health ministry lists for a position in Malakal. He received a government salary and opened a private clinic with an adjacent pharmacy. He got paid handsomely for his competence. “And you Peter – James used to say, challenging his friend – why don’t you do like me?” “I can’t leave Jill alone, Peter answered, I can’t turn my back on my people”. 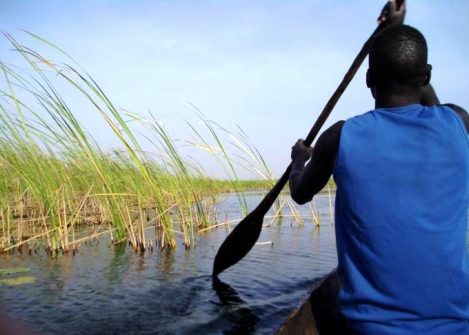 And so, for more than twenty years, he has worked as health care service provider in Fangak. Jill gives him a fair salary thanks to the donations she receives. Peter lives this commitment as a mission to which he has given himself body and soul. He decided to commit himself to helping those in need. In the meantime he married Nyadiang  and they have had three daughters. His home is also home to patients who come from distant villages. Nyadiang takes care of those who knock at their door: she has accepted to share her husband with the sick.