Due to its varied history, Trinidad and Tobago represents one of the most multiracial countries in the Americas.

The results of the 2011 census show the following ethnic composition: 35.4% of its inhabitants are of Indian descent, 34.2% are of African descent, and 22.8% are of mixed race while 7% are of other provenance, and 0.6% are white. In concrete terms, as shown by the census, the whole of the population is either Indian, African or of mixed race.
As to its religious profile, Catholicism was the religion practised during Spanish rule and maintained by the workers of French origin who moved to the islands. During the period of British rule, Protestantism and Anglicanism also made progress. The workers from India brought with them Hinduism and Islam, the latter being preferred by the Syrians and Lebanese who came to the islands while the Africans brought their own forms of cult. We may therefore note that Christianity, Hinduism, and Islam have the largest number of followers in the country and enjoy official recognition as the foundational pillars of Trinidadian national identity with their special days included in the holiday calendar. Nevertheless, there is also room for other religions.
Besides Anglican, Catholic, and Methodist churches and a Benedictine monastery, the Islamic mosques and Hindu temples, there are also other places of worship. 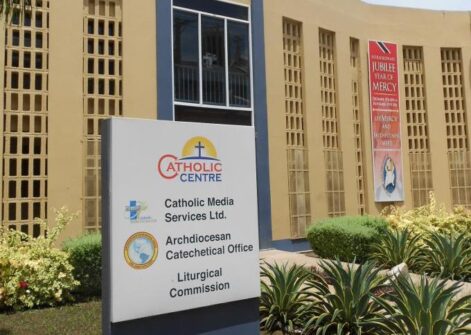 The 2011 census presents the following panorama: Catholics (21.6%), Hindus (18.2%), Pentecostals (12%), Anglicans (5.7%), Baptists (5.7%) and Muslims (5%). The three faiths have always been involved in political affairs and in society with the aim of guaranteeing interconfessional dialogue and reinforcing social cohesion.
As to its institutional profile, the separation of powers is guaranteed by means of a system of ‘checks and balances’. It includes a two-house system with 31 members in the senate (of which 16 are chosen by the Premier, 6 by the leader of the opposition and 9 by the President), while the House of Representatives has 41 deputies elected for five years. In its administration, the country is divided into 10 regions and 5 municipalities, while the island of Tobago enjoys its own autonomy.
The inhabitants number 1,341,465 of whom about 90% live on the island of Trinidad. It is also recorded that 50% of the total population live in rural areas while the other half are now established in the large cities like Port of Spain, San Fernando and Scarborough, the latter being the largest city on the island of Tobago. 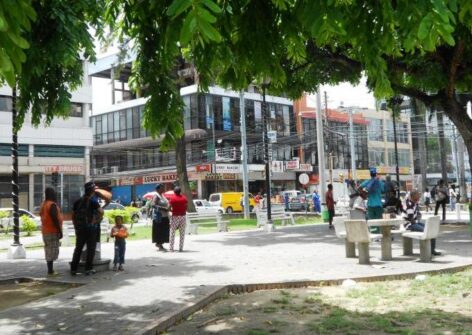 The rate of urbanisation is very low at 9%, even though 2/5 of the population live in the urban area of the capital Port of Spain which, however, is considered more like a vast rural conglomerate than a real city, given the sort of dwellings that form the majority of the houses. Unlike Trinidad, the population of Tobago, from the point of view of ethnicity, is much more homogeneous since the people are mostly of African origin with their own language and culture. Some of the social problems that affect the country are organised crime and corruption. These two phenomena are closely connected and derive from the drugs trade for which Trinidad and Tobago represents an important logistical base for the routes between South and North America. Canada, the United States and Great Britain, supporting the local authorities, are together working to oppose this phenomenon. As well as drugs, local organised crime is also quite active in the trafficking of arms, wild animals, and even human beings. These criminal activities are facilitated by the porosity of maritime borders and the situation of crisis that has lasted for years in nearby Venezuela, influencing the dynamics of the islands. In the waters adjacent to the islands, there is also the problem of piracy claiming victims among the local fishermen, while the problem of micro-criminality is a scourge within the cities where there is a high level of homicides, kidnappings, theft, and robberies. This is an important critical issue both for the indigenous population and foreigners and, consequently, for the tourist sector. 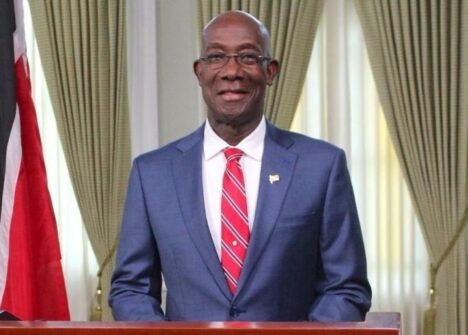 As to its political profile, the country has for years enjoyed a valid system of democratic representation that guarantees the alternation of power, though this clearly does not make the system immune to a high level of corruption involving not only political representatives but
also its administrators.
In August 2020, Keith Rowely was reconfirmed as leader of the country with his PNM party (People’s National Movement) winning 22 seats, defeating the UNC (United National Congress), the main opposition party which won a total of 19 seats. Doubtless, the question of security is one of the main challenges being tackled by the government, besides the pursuit of neo-liberal politics, already inaugurated during the previous five-year period and furthered by the privatisation of the oil industry and accords of liberal commerce agreed with the major regional and global actors. Regarding its regional cooperation, the country collaborates with its neighbours, contributing substantially to aid efforts during the hurricane season.
The country is also associated with CARICOM, a regional organisation. In 2019, the government and opposition had completely divergent views as to what stance to adopt regarding Maduro’s Venezuela: the government declared it did not wish to interfere in the internal affairs of other countries or, at the most, to act as a mediator within CARICOM, while the opposition allied itself with Guaidò. (F.R.)