The SWAPO movement succeeded in bringing on board the different ethnic groups, even co-opting some of the tribal leaders.

In Namibia too, as in the rest of Africa, ethnic diversity is a difficult problem to manage. It may be said that the political fortunes of SWAPO were due, leaving aside the fidelity of the Ovambo and the support of the United Nations, to the ability to minimise, at least partly, the differences between the ethnic communities present in the country, and to attract and co-opt within itself some of the ethnic and tribal leaders that the South African administration, during the long drawn-out independence negotiations that lasted from the sixties to the eighties, had tried to use as a counter-weight to the liberation movement. 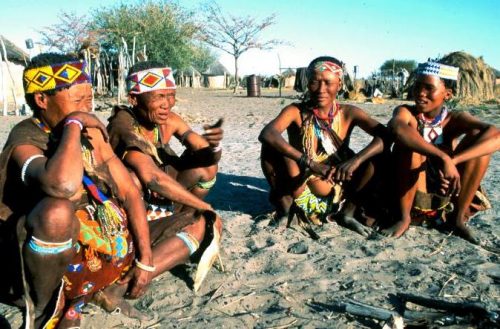 In this sense, the SWAPO leadership owes much to the lesson of the Herero and Nama leaders such as Karina and Kutako, who believed it was necessary to construct a united front capable of overcoming ethnic rivalry. After independence, SWAPO had to work hard to keep the support of the Ovambo ethnic group upon which it depends for its electoral leadership. It also had to guard against such support creating doubts regarding the superiority of the new national identity over all forms of belonging based upon race, language or the tribal traditions still important in most of the country. This concern explains the decision to elevate English, the mother tongue of only 3% of the Namibian population, to the only official language of the state, as well as the moderation with which the question of the redistribution of land was tackled, a problem that risked, by its very nature, polarising the black population against the white minority.

The linguistic panorama of Namibia shows the fragmentation typical of almost all the states in the Sub-Saharan area. Top of the list of mother tongues is Oshiwambo (50%), the dominant Bantu language in Ovamboland, on the border with Angola, but also to be found in the main cities of the South-Central area following the Ovambo emigration. 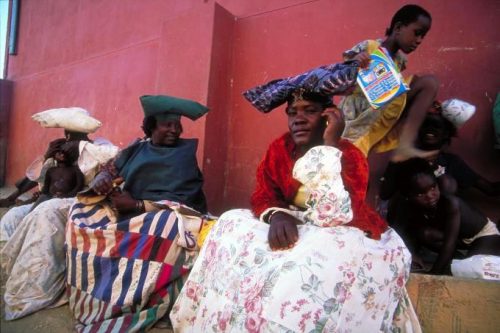 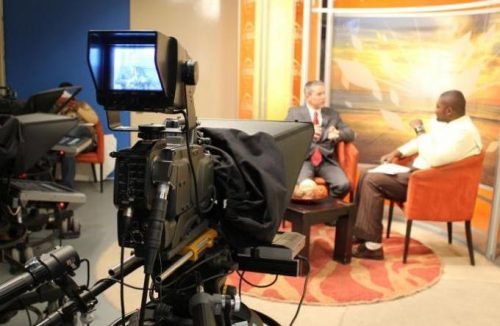 In the whole of the southern and central part of the country, in fact, a similar function is filled by Afrikaans: not only among the whites in the cities but also in the countryside where the dialect of this language used by the Basters and other mixed-race groups, has become established as the second language among the Nama and the Herero.
Recent studies have shown that English is making inroads among the young people of the cities, especially where the Ovambo are more numerous as in the capital Windhoek. Nevertheless, while it is true that the media under government control and the most important newspaper of the country (The Namibian) are in English, Afrikaans is still the language of the second most widespread daily (Die Republikein), as well as the language of many of the more popular TV and radio stations. (R.R.)