The Niger River is the main source of life of large parts of West Africa. But owing to climate change and human activities, riparian populations face growing challenges.

Sailing down the Niger River from the Fouta Djalon Mountains of Guinea to the sands of Timbuktu, the pearl of the desert and to the mangroves of the Niger Delta, is a fascinating trip. The 4,200 km Niger River is the main source of life for the 100 million people of the Niger Basin, which covers an area of 2.17million square kilometers in the nine countries (Benin, Burkina Faso, Cameroon, Chad, Côte d’Ivoire, Guinea, Mali, Nigeria and Niger), who are members of the Niger Basin Authority (NBA). Yet, a number of natural and man made factors is posing considerable challenges to the riparian ecosystems and populations. 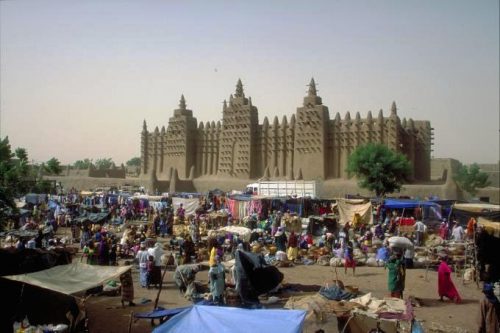 The Joliba in the Manika language of Guinea and Mali, Egerew n-Igerewen as call it the Tuareg or the Oya as it is named by the Yoruba of Nigeria is a unique river with considerable fluctuations of its discharge which ranges from 500 to 27,600 cubic meters/second, according to seasons. This causes both floods and droughts, which pose serious problems for agropastoralists, fishermen and cattle herders in an area whose population is expected to double by 2050 in an unique environment. The Niger River is made of two ancient rivers which eventually merged together and has two deltas: the Inner Delta at the end of the upper Niger, from the source to the Timbuktu area
in Mali and the above-mentioned Niger Delta, between Timbuktu
and the Gulf of Guinea. 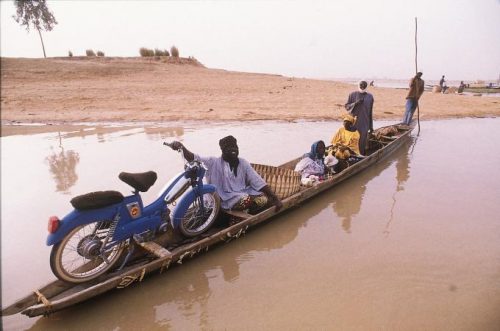 The river loses nearly two-thirds of its potential flow in the Inner Delta between Ségou and Timbuktu to seepage (infiltration) and evaporation. At the same time, sand storms and wind erosion contribute to sand silting in the area of Timbuktu. In this fragile context, some 100,000 fishermen supporting one million people, particularly the Bozo migrant fishermen who move along the river during the catching season, are faced with the challenge posed by the construction of dams. Under the NBA investment plan, large dams are due to be built, in Guinea (Fomi), in Mali (Taoussa) and in Niger (Kandadji).
They may increase up to 400,000 ha the irrigated areas but risk inevitably to have effects on the people downstream. 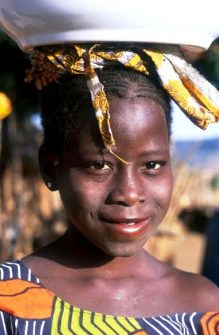 In a report published in the Water International Journal of London, researchers from France’s IRD development institute and from the Commonwealth Scientific and Indusrial Research Organisation (CSIRO) warn that expansion of the Office du Niger irrigation (ODN) project will result in a decreased flood in the Inner Delta, affecting traditional rice growers, herders and fishers, with a risk of 5 to 8 percent reduction of the fish production accordingly. In Nigeria, because of the higher demand of the inhabitants, fish populations are declining as they are being depleted faster than they are able to restore their number.
According to a report entitled, by the Tyndall Centre and International Alert, financed by US Aid, the presence of the dams in Mali has reduced peak flows of the river and increased the minimum flow but flood recession agriculture on the banks has declined downstream of the Markala dam, 250 km downstream of Bamako, since the land that is flooded has reduced in surface. Villagers downstream of the Sélingué dam, 150 km from Bamako, are happy that there is no longer a period of the year when the river runs dry, but rice farmers, downstream of this dam whose irrigated plots had been destroyed in 2001, faced difficulties to get compensations for their lost crops by Electricité du Mali (EDM), after the company opened the dam gates to avert a major disaster during a large flood on that year.
In 2010, many villages in the area experienced flooding, causing damages to houses and crops. The Lokoja area in the Kogi State in Central Nigeria has also suffered from the impact of climate variability. According to the Tyndall Centre report, the erosion of the banks and a shallowing and widening of the river channel has increased problems of flooding for the riparian communities. 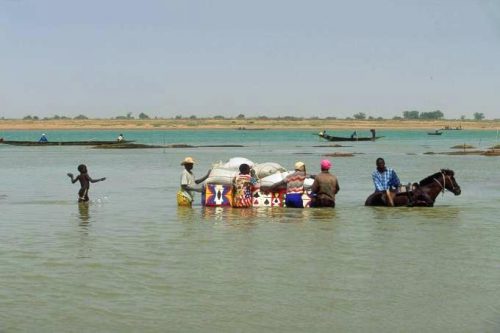 Although scientists do not all coincide on the prediction of increased rainfall or on the contrary of decreased rainfall, all admit that the situation is very difficult to assess. Some predict drier conditions from the Guinea highlands to Timbuktu and wetter conditions from the Sahel until the mouth of the river. Scientists only agree on the fact that temperatures will rise and that rainfall is unpredictable.
Siltation of the river channel observed both in Mali and Nigeria as a problem for water resource management, claim the authors of the US Aid report. The pollution of the river by gold mining and textile dyes activities has been also mentioned as a cause of the reduction in fish catches, write the authors of this report. 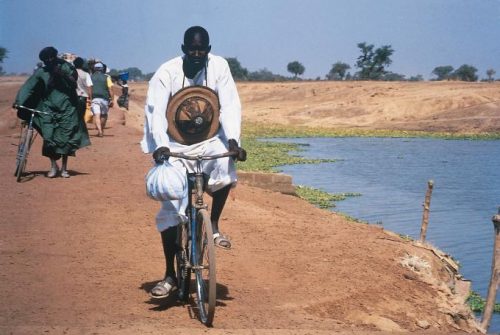 All along the river, pollution poses many problems. Efforts to increase yields particularly in the cotton plantations of Mali which entail using more fertilisers, pesticides and machinery, are accelerating soil erosion. In the Niger Delta, IRD and CSIRO report about the slow poisoning of the waters and the destruction of vegetation and agricultural land by oil spills. Accordingly, since the beginning of of the oil industry in Nigeria, there has been no effective effort on the part of the government and of the oil operators, to control environmental problems associated with oil exploitation.  According to the Department of Petroleum Resources, 1.9 million barrels of oil were spilled into the Niger between 1976 and 1996. In a recent column, the Rivers States-based journalist, Odimegwu Onwumere, wrote that from 1970 to 2018, the Niger Delta region recorded over 10,000 oil spillages and affected communities have hardly been compensated. Neither the polluted area have completely cleaned up. Large parts of the mangrove forests have been destroyed. And the disaster is ongoing. Onumwere reminds that an incident occured the 17 May 2018, caused the destruction of 50 fishing settlements in the Bayelsa community, beside an oilfield operated by Shell. (F.M.)