Medicinal plants continue to play vital roles in primary health systems globally. A number of plants have the ability to synthesize a wide variety of vital phytochemical  compounds  as  secondary  metabolites that have the ability to effectively treat various ailments
affecting mankind.

One of such potent medicinal plants is Psorospermum febrifugum Spach (Hypericaceae Family} which is commonly called Christmas berry. It is a many-branched shrub or small tree widely distributed in tropical Africa. It grows in open woodland over a wide range of altitudes. This plant grows to about 1-6m in height with bark peeling or flaking, often corky. Stems are terete, glabrous to densely rusty-tomentose. The leaves are opposite, sessile or with petiole rarely more than 2 mm long; leathery, with conspicuous reticulation, very variably pubescent, and always much paler beneath. The inconspicuous flowers are fragrant, and creamy-white in colour. The fruit is a small berry of about 6mm in diameter and bright red when mature. Psorospermum  febrifugum has a long history of use in folkloric medicines. 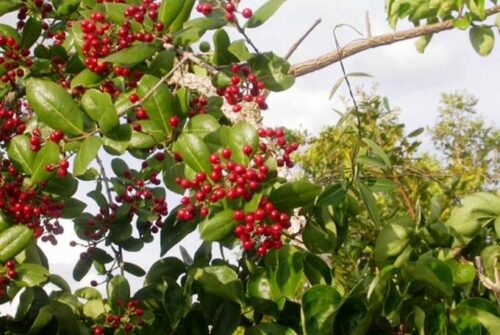 Most of the species of the genus psorospermum including Psorospermum  febrifugum have been used for a long time in the ethno-medical folk traditions of indigenous African population as febrifugal, and as antidote against poisons. The plant is mainly harvested from the wild for medicinal purposes but also for its edible fruit and it provides wood for domestic use. The harvested medicinal parts are often sold in local markets for use in traditional medicine. It is employed in the treatment of a wide range of conditions including leprosy, insomnia, anxiety, and subcutaneous wounds. Its best use is related to its potential to treat fevers and skin problems. In some communities, they use the sap to treat inflammation and worm infections. The decoction of Psorospermum febrifugum is taken for syphilis treatment. The decoction made from the stem bark is also used against epilepsy, skin sores in HIV/AIDS patients, treatment of acne, and ethno-medicinally used to cure brain diseases. 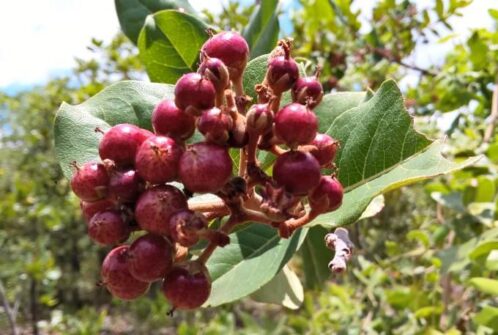 The bark decoction is used in the treatment of various skin problems including  scabies, eczema and insect bites as well as a parasitic disease, craw-craw; an itching skin disease produced by the larvae of the filarial worm causing onchocerciasis that migrates into the subcutaneous tissues. The bark decoction is taken internally in the treatment of dysmenorrhoea, dysentery, tuberculosis and whooping cough. Additionally, in some communities, the stem bark-ash is mixed with castor oil and applied for the treatment of scabies after scarification, and the sediment after decocting the bark, is used on dry eczema of allergic or fungal origin. The stem bark is also used in the treatment of malaria and diarrhoea in some communities. 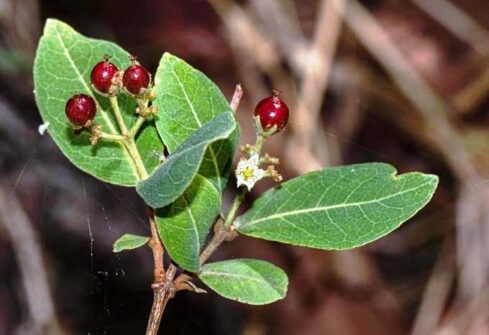 The powdered root is used topically on parasitic skin-diseases. The powder obtained by grinding the root bark is mixed with oil and topically applied to alleviate pimples, and hasten wound healing. The root is also used as a mouthwash and gargle to treat tongue diseases and tonsillitis. The root-bark is used in some communities to treat skin-itch and jiggers. Furthermore, the root bark of Psorospermum febrifugum have also been reported for use in traditional medicine for the treatment and management of anaemia.
The effectiveness of the root bark in treatment of diseases may be attributed to the phytochemicals in it including catechuic tannins, steroids, and terpenes. The dried flower-stalks are powdered, mixed with some medicinal plants and used for wound dressing.
The bright to dark red fruits carried in clusters on the plant have a sweet flavour and are usually eaten by children and travellers. In some communities, the yellow dye obtained from the bark of Psorospermum  febrifugum is used in craftwork. The wood is used to make tool handles and for fuel.