The Great Green Wall’s goal is clear: to regenerate 100 million hectares of degraded land by 2030; to sequester 250 million tons of carbon dioxide; and to create 10 million jobs in rural areas, contributing directly to the UN’s Sustainable Development Goals.

Still, understanding what the results have been so far is more complex. If we rely on the official numbers (as reported on the GGW website www.greatgreenwall.org managed by the UN Convention for Combating Desertification – UNCCD), the 28 million hectares of land regenerated with the addition of 12 million trees planted in five out of the 20 countries that have adhered to the Project, then some 15% of the target will have been achieved ten years from now. And, we are not talking about jobs. But the pan-African agency for GGW published different data: three million hectares regenerated in 11 countries and 11,000 permanent jobs created. And the figures vary yet again if we consider the many programs that have been established to support the GGW. What is clear is that not all countries have reached the same point. Senegal can boast that it has taken the lead in the GGW compared to the other members, having been the first to outline an action plan. 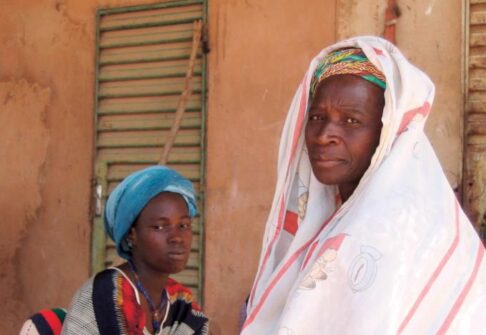 The West African country started the program as early as 2008, before the GGW had its own dedicated Pan-African agency, taking a lead role in promoting the project, including among other African heads of state and government. Senegal was also the only country to embrace the initial idea of the Great Wall, beginning to plant trees on a 15 km wide strip in the regions of Tambakounda, Matam and Louga.
According to data from the pan-African agency, Senegal would cover about 50% of the 15 km wide strip. “It is the only country that from the outset has had the political will and the means to act on the ground”, said Youssef Brahimi, a former member of UNCCD, who a leading manager of the Project. Directly behind Senegal, the most active GGW countries, based on the number and extent of installations, are Niger, Chad, Burkina Faso, Nigeria, Mali, and Ethiopia. Brahimi believes that a lack of funding has obstructed implementation of the Project. 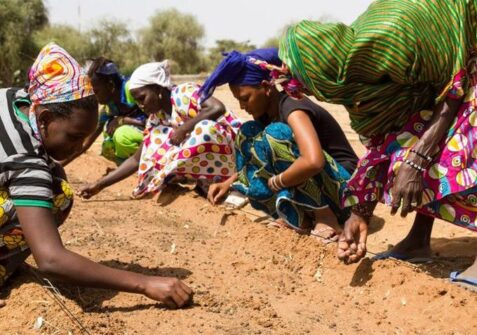 Partners, whether national or international, range from 11 to 25, and among the main actors participating in the GGW are FAO (the UN Food and Agriculture Organization), the World Bank, the Sahel and West Africa Program (SAWAP), the UNCCD, the Global Environmental Facility (GEF), created in 1992 to address major global environmental challenges, and the European Union. In addition to these, several African regional organizations have joined, ranging from Interstate Standing Committee for Drought Control in the Sahel (CILSS) to the Economic Community of West African States (ECOWAS).
The result has been that the GGW started as an African project, but ended up being a global one; however, it lacks coordination. Or, rather, at least on paper, the African Union and the pan-African Agency for GGW, which were created at the start of the Project, should be coordinating. The absence of coordination, or a sole point of reference, blurs the contours of the Wall, renders the results inconsistent and, perhaps most of all, leaves the Project to the whims of highly different approaches to achieving the same goal, which is to recover soil fertility and support local populations. 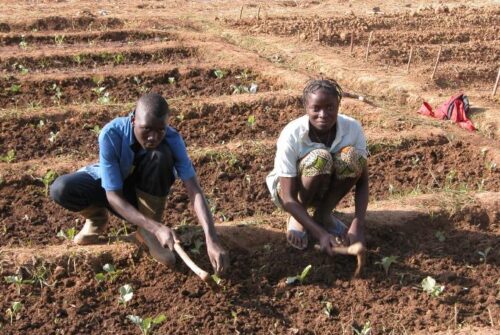 Even the ‘harmonized regional strategy’ approved in 2012, which the Pan-African agency adopted, has failed to ensure a homogeneous mode of action. The UNCCD global mechanism has helped draft it, but even as they consider the document an important step towards a strategic vision, World Bank sponsored project managers say the participants operate too independently without, necessarily, following the indicated plans. Adding to the lack of coordination, there has been a longstanding institutional conflict (which now seems to have subsided) between the African Union GGW Commission and the Pan-African GGW Agency. The Agency, in fact, was founded in 2010 but its function was regulated and recognized by the African Union only in 2012. The institution currently works with 11 out of the 22 Project countries, even if it is expanding. For some years there has been an overlap between the two main African actors. According to the 2012 decision, the African Union is responsible for coordinating the mobilization of resources while the GGW agency serves as the ‘executive arm’. “The decision was not taken immediately and this has generated confusion. Therefore, some States are turning to the AU and others to us”, said Abakar Zougoulou, scientific and technical director of the pan-African agency. Moreover, said Zougoulou: “It’s as if there were two captains on the same ship: us and the African Union”. It was only in 2018 that the two organizations tried to remedy the institutional confusion by regulating their mutual collaboration. 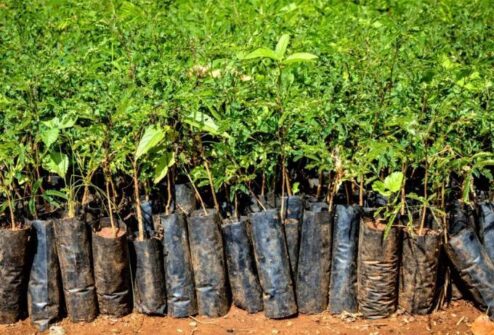 In this regard, Zougoulou said that “in the near future Algeria, Egypt, Benin, Togo, Gambia, Cameroon and Ghana would be joining”. However, Zougoulou feels that there still exists a misunderstanding among the various GGW inspired institutions, whose work is not directly part of the project”. To be considered part of the initiative, the harmonized regional strategy outlines three criteria that must be met. The first concerns the Circumsaharan geographical area, from the Maghreb to sub-Saharan Africa. The second concerns the part of the territory concerned for each State: i.e., the areas with the lowest rainfall, from 100 to 400 millimeters”. The African scientific community has identified this area as being a priority for intervention. And the third criterion concerns the species of plants that are used. “Some 200 species have been identified, based on their adaptability. Since we don’t have enough funds to cover the entire area of the countries involved, we identified priority species. All institutions wanting to contribute had to consider this, but often they did not”. Zougoulou said that it’s only recently that partners have understood the need to act first in the area of low rainfall and then expand outward. Considering that the harmonized strategy criteria are binding, many World Bank projects would not fall under the jurisdiction of the GGW initiative; the actions have affected areas of countries beyond the rainfall parameters. (M.G.)