Kazakhstan achieved independence in December 1991 at a time when the dissolution of the USSR was inevitable. Nursultan Nazarbayev, the Soviet leader of Kazakhstan since 1989 and President in 1990, was reconfirmed in 1991 following the independence of the country.

Nazarbayev, in taking on the leadership of the new state, was obliged to face all the problems inherited from the Soviet period; the first of these was the abundant nuclear arsenal that Kazakhstan possessed after the Soviet implosion, making the Eurasian country one of the major world nuclear powers. The new President immediately began a vast campaign of denuclearisation and disarmament that ended in May 1995 with the complete restitution to Russia of a large part of the armaments. Nuclear missile firing ranges on Kazak territory were closed and an attempt was made to take measures to manage the damage caused by the explosion of nuclear and hydrogen at the Semipalatinsk launch pad. 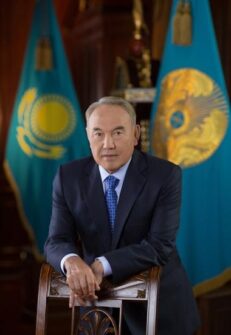 Nursultan Nazarbayev, the founder and the first President of the Republic of Kazakhstan.

Besides the nuclear question, Nazarbayev had to deal with the problem of the ethnic minorities remaining in Kazakhstan, as well as religious groups. According to the previous Soviet census in 1989, the Kazaks did not make up an absolute majority of the population (40.1%), while the Russians numbered 37.4% (they are now 30%). These, together with the Ukrainians (5.4%) and the Byelorussians (1.1%), brought the Slavic inhabitants of Kazakhstan to 44.2%. This minority exerted a strong influence during the first years of independence on the internal as well as the international politics of Kazakhstan. To be precise, the high Slavic percentage of the population constituted a powerful unifying factor between the internal environment and foreign policies, especially as regards Russia, besides being a threat of separatism.
This, obviously, was not a simple challenge to be faced by the new President who found himself with a Kazak population reduced to less than half of the total and, to boot, a heavy migratory flow of Russians coming in from other former Soviet republics. The latter, since they did not find favourable conditions for re-entering the Russian Federation, took refuge in Kazakhstan since it was considered one of the most modern and flourishing centres, economically speaking, within which one could enjoy European culture. 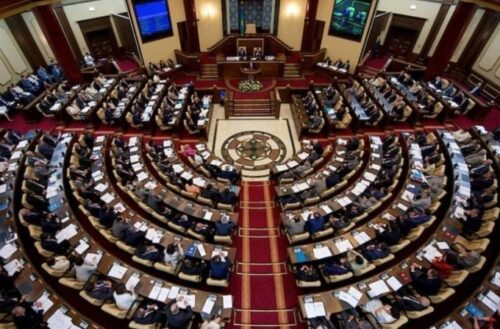 Members of the Kazakh Parliament during a plenary session. (Photo Akipress)

From an economic point of view, Kazakhstan is the leading economy in Central Asia as well as the largest producer and exporter of oil within the ambit of the Community of Independent States (CEI-CSI). The riches of the country are closely related to income from its natural resources, mainly gas and metals. Apart from the divisions between Russians and Kazaks and other minorities present in the territory, the nascent state had to come to terms with its ethno-historic divisions. To tackle these questions and to avoid the break-up of the population, Nazarbayev immediately adopted a policy of national unity with which he sought to rebalance relations of power between the two parts, as well as to build up a model of Kazak society capable of harmonising greatly differing linguistic, cultural, and religious realities.
One of the chief acts taken in this vein was that of the transfer of the capital from Alma Alta – up to that point the main centre of the institutions – to the small village of Akmola where the modern capital Astana was subsequently built and now renamed Nursultan in honour of the former President Nursultan Nazarbayev. The transfer of the capital, apart from conferring symbolic power on the inhabitants of the area, also slowed the separatist Slavic groups that were germinating in that area so densely populated by Russians and Ukrainians. 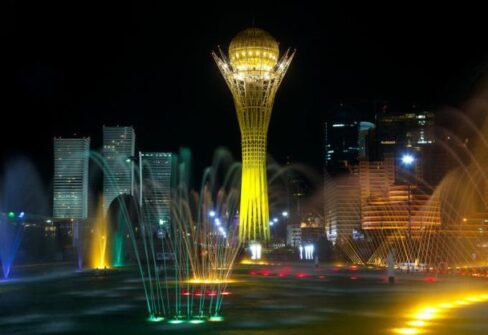 Astana, the work of the Japanese architect Kisho Kurokawa in collaboration with artists and intellectuals, was intended to represent, despite its usually low winter temperatures, the perfect model of the city of the future and to celebrate the growing power of Kazakhstan. A revolutionary city which, besides expressing the vision of its planner according to which humankind governs and guards nature, incarnates principles of environmental sustainability by breaking with the structure of cities of the past. Astana was planned, and built, in sectors with the quarters in a line, starting from the industrial district built around the railway station to avail of the transport facility. This was followed by residential areas with parks and gardens, the administrative areas of the government and the area reserved for the embassies.
Open photo: © Can Stock Photo / pincasso