Black Panther: Wakanda forever and The Woman King have sparked interesting debates both in the African American community and in African countries. Colonialism, Pan-Africanism and slavery are the backgrounds of the two Hollywood films.

Black Panther: Wakanda Forever by Ryan Coogler from the Marvel Cinematic Universe, is a sequel that reflects the pain and chaos caused by the death of actor Chadwick Boseman who passed away in August 2020 from colon cancer with which he fought, in silence and far away out of the spotlight, for four years. “It was a great human, artistic but also social and political loss because Boseman embodied much more than a superhero. Black Panther was a symbol of affirmation and revenge for the global black community, a figure that integrated itself with various global and local movements, starting with Black Lives Matter,” says Kevin Feige, producer of the film. 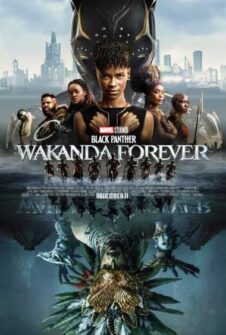 Both director Ryan Coogler and Feige knew of the risks of a new film after the great success of Black Power but, at the same time, of the great challenge that could be faced. Says Feige: “We had to find a way for Chadwick’s legacy to be honoured and continued. But it wasn’t about replacing him with another actor, we had to think of something different.”
Director Coogler decided to invest all in an army of determined and brilliant women.
The film tells that after burying King T’Challa, Queen Ramonda continues the fight to protect Wakanda from the interference of world powers enticed by vibranium. Next to her, Shuri, Nakia, Okoye and the Dora Milaje celebrate a proudly black female power by confronting a story that navigates from the invasion of the Conquistadores to the machinations of the American spy agency, the CIA.
It is an ode that goes beyond Pan-Africanism to open up to broad anti-colonialist horizons that encompass Mesomerica. The new hero is in fact Namur, king of the ancient Talokan civilization (recreated with the advice of experts from Maya society) who has not forgotten the violence of the Spanish conquerors and, unlike the pacific Wakanda is ready to declare war on the whole world to defend the vibranium. 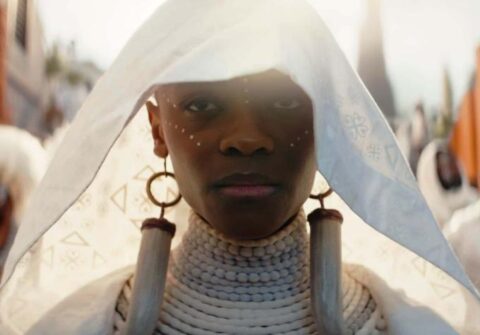 However, his thirst for revenge will be appeased by the peace-making intervention of Shuri who has agreed to become the new Black Panther after a long and painful mourning process. The strength of Wakanda lies in the proud defence of a tradition that is kept alive thanks to technology (Shuri’s supercomputer is called Griotte) and to a sisterhood that is stronger than borders and that accepts the brilliant African-American student Riri Williams into the Kingdom. Wakanda dialogues with the world, accepts the future but does not forget its traditions. A happy ending that silences any political claim but for better or for worse brings an indomitable and sparkling Africa into the spotlight, bringing it out of the dark, the shadows and the wild and exotic state where the American cinematic imagination had it always relegated.

The Kingdom of Dahomey
The Woman King by African-American director Gina Prince-Bythewood brings to the screen a real African kingdom, the Kingdom of Dahomey, and celebrates the courage of the agodjiès, the female army known as the Amazons. A Hollywood production with a budget of 50 million dollars, the film was shot in South Africa and has grossed over 92 million worldwide. The cast sees the Oscar winner Viola Davis, supported by Thuso Mbedu and Lashana Lynch, young and promising actresses
of the African diaspora. 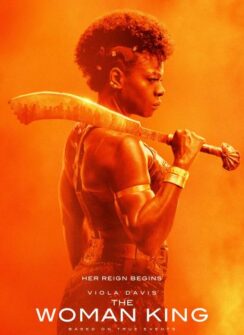 The director reclaims a predominantly female and black crew who have studied extensively and faced gruelling physical training to perform the fights. The not particularly original narrative plot follows the story of a young orphaned Nawi who joins the army of the agodjiès, led by Nanisca. We are in 1823 and the Kingdom of Dahomey is obliged to pay tribute to the rich Nigerian Oyo empire a tribute composed of virgins, weapons and slaves to be sold to European colonizers. But Nanisca opposes and tries to convince King Gezo to abandon the slave trade and devote himself to the production and trade of palm oil. The challenge for the director was to tell the story of the agodjiès by clearly detaching from the distorted image handed down by the colonizers. For this, the advice of Leonard Wantchekon professor of political science and international affairs at Princeton University is followed. Born in Benin and related to agodjiè, Wantchekon has been studying the history of the famous female warriors for years and has defended the film from the attacks it received for presenting Dahomey, known for having enriched itself through trafficking, as a kingdom opposed to slavery. 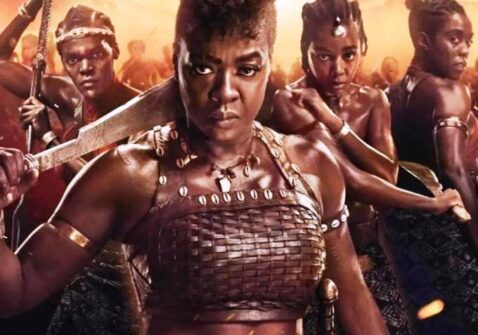 It is the burning issue of the complicity of African kingdoms in the slave trade that has in fact sparked a bitter debate on social media, giving rise to a boycott campaign on Twitter with the hashtag #BoycottTheWomanKing, fuelled in particular by blacks who descend from African slaves and who feel that the film falsifies history.
Despite the criticisms, last December, the African American Film Critics Association nominated The Woman King as Best Film of 2022, followed by Wakanda forever. Nicole Brown, the first black woman to hold the role of president of TriStar, proudly declares that The Woman King will pave the way for new films based on African history. (Open Photo: Black Panther: Wakanda Forever.  Courtesy of Marvel Studios)