Uzbekistan, like Kyrgyzstan is one of the five Central Asian republics created in 1991 after the collapse of the Soviet Union. The country borders to the north-east with Kazakhstan; to the east with Kyrgyzstan and Tajikistan; to the south with Afghanistan; to the south-west with Turkmenistan.  It is mostly desert plains though in the east there are considerable mountain chains.

At demographic level, besides being the most populated country of central Asia with thirty million inhabitants, its population is growing and is almost totally Moslem. 80% of the residents are of Uzbek descent, although there are important minorities such as the Russians (5.5%); Tajiks (5%); Kazakhs (3%); Karakalpaka (2.5%) and Tartars (1.5%). The Uzbeks, however, are well spread out with notable percentages in the other states of the area with, in Afghanistan, 9% of the population; in Tajikistan 16.5%; in Kirghizstan 14.5% and in Kazakhstan 2.9%.
Since the territory is mostly desert, the population is mostly concentrated in certain areas such as the east, in the very fertile Fergana Valley, and around Toshkent, the capital. To the east, instead, there are no areas of any great population density apart from the banks of the Amu Darya River that empties into Lake Aral.As occurred in other post-Soviet situations, independence did not bring about a break with the preceding nomenclature that, until then, had run the country. 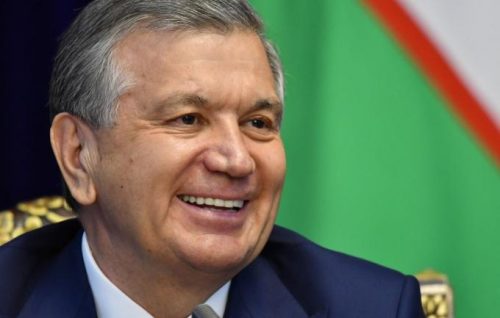 Following the death of President Islam Karimov, who was  the architect of independence but also the former secretary of the Uzbek communist party,  Shavkat Miromonovich Mirziyoyev  was appointed by the Supreme Assembly as interim President of Uzbekistan on 8 September 2016.
He was subsequently elected as President in the December 2016 presidential election, winning 88.6% of the vote, and was sworn in on 14 December 2016.
The proximity of Afghanistan has made the country very insecure with unstable borders. This situation has absorbed the Uzbek government in a struggle with cross-border terrorist networks, seen as the main threats that have materialised with the formation, in the mid-nineties, of clandestine Islamic groups that have opted for the armed struggle, such as Hizb ut-Tahrir and the Islamic Movement of Uzbekistan (IMU). 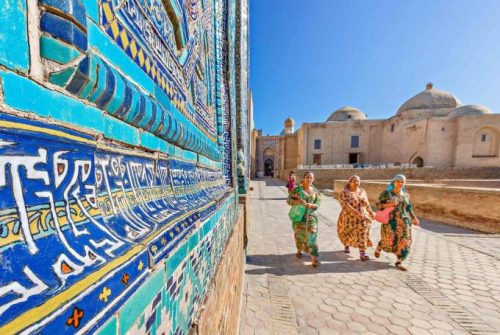 However, this threat has done nothing to diminish the Uzbek ambition of becoming a leading regional power with a foundation in its history, its geographical position, the number of its inhabitants and its mineral resources. Such aspirations, however, have brought about a see-saw foreign policy – both in terms of regional actors and the great powers – that have given the country a reputation for untrustworthiness. Here it is interesting to note that, in 1991, it joined the Community of Independent States (CIS), of whose Collective Security Treaty (CST) it was the founder, only to distance itself afterwards to the extent of coming under the Euro-Atlantic sphere by joining the mechanism of cooperation between Georgia, Ukraine, Azerbaijan and Moldova (GUAM). This relationship, prompted in part by the threat from the Afghan theatre, was ended in 2005 contemporaneously with that with the United States following an attempt by the latter to accuse the regime of Islom Karimov of repeated violations of human rights committed in the country, one of which was the atrocious massacre of Andijan. The heavy-handedness adopted by the government was due to fear of the spread of the ‘coloured revolutions’ that were gaining ground at that time in the area. The question caused Uzbekistan to turn their backs of the USA by closing the Karshi-Khanabad Base, in the south-east of the country, followed by its re-joining the CST (which became the CSTO) and by signing the Shanghai cooperation treaty (SCO), a Central Asian mechanism of cooperation under Russia-China leadership. 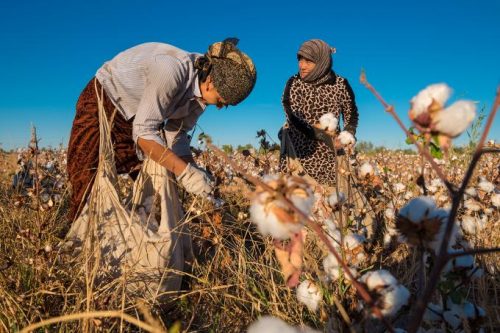 More recently, growing European Union interest in the energy reserves of Central Asia brought about a new phase in an approach to the Euro-Atlantic intermediaries, culminating in the suspension of Uzbekistan’s membership of the CSTO, officially in December 2012. The distance between Moscow and Tashkent was further increased in 2014 following veiled criticism of Russia by the Uzbek foreign minister over the annexation of Crimea.
The only relationship the country maintained firm was that with China. In 2012, in fact, China became its major partner for Uzbek exports, indicating the wish of Tashkent to diversify its options so as to avoid depending too much on Moscow.
From the point of view of economy, Uzbekistan is, after Kazakhstan, the most flourishing economy of Central Asia. It is based mostly on the cultivation of cotton and gold mining in which the country is the tenth largest producer in the world. After a brief collapse following independence, the economy recovered and has today a percentage growth of around 7.6%, due largely to the price of gold and the creation of the Special Economic Zones (SEZ) with Peking. As a result of this extraordinary expansion, GDP has more than doubled in the last twenty years. Its geographic position has made the country the pivot of transnational and regional relations and the main hub for local infrastructure projects. 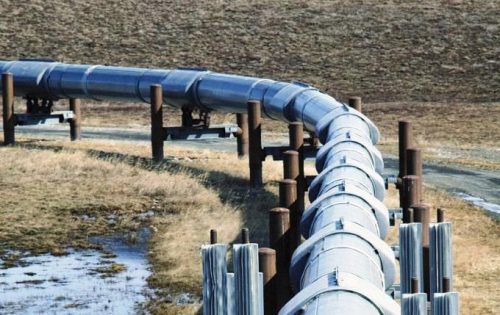 These geographic aspects allow Peking to create new energy corridors that are effective and secure and to enlarge its sphere of influence in the region while it permits Tashkent to carve out an ever more secure space in the world economy within projects such as the New Silk Road (also known as One Road One Belt) and the International North-South Transit Corridor (INSTC). It must be added that, since Uzbekistan is the second largest economy in the region, as well as the most populated, it is a major market in the area and this has favoured the increase of bilateral trade with China.
To strengthen its influence, Peking has developed soft power technology with the opening of the Confucius Institute to promote the Chinese language and culture abroad and a large flow of exports marked ‘Made in China’ with all the usual marketable products such as clothes and electrical goods.Unlike its neighbours, Uzbekistan does not have large oil deposits and those it has are used to ensure self-sufficiency in energy. On the other hand, since 2009 there has been an increase in gas production with exports to Russia and Kazakhstan. This was also due to the fact that the country was connected only to the Kazakhstan network. Since 2009, with the construction of the gas pipeline between Turkmenistan and China that crosses Uzbek territory, the country has been able to diversify its gas exports. (F. R.)