The Andean peoples preserve their ancient wisdoms with great care in order to lead a good life. Wisdoms that have been transmitted for hundreds and thousands of years. The wisdom of water.

We Andean people consider our Pachamama as the Mother of  the universe, as the Mother of the Pacha. The name Pachamama is made up of two terms: Pacha and Mama. The term Pacha, in the Andean languages, Qhishwa and Aymara, expresses the totality of time and universal space, and it refers to the existence of life. The term Mama, the best known word in the languages of all different peoples, means Mother. So Pachamama is the word that refers to the Mother of the universe, to the Mother of life.
The ancestors narrated that yaku, unu, uma (terms meaning water in the Quechua language) was born from the love between Tata Chijchi (Father Hail), and Mama Para (Mother Rain). This is the water family. 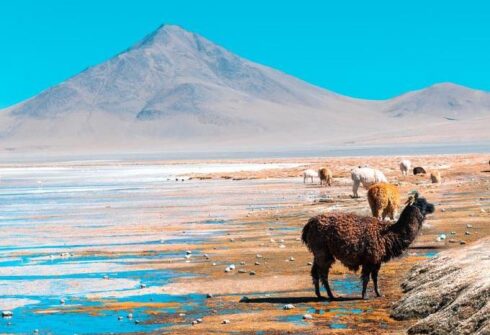 The main sources of water are considered Qucha Mama. Thus, water is seen as the Mother of life. Water is a vital part of the Pachamama. It is its blood. Human beings are supposed to take care of water or else they get sick and die. If water dies, all living beings in the Pacha will die too.
Water is the element that gives life to the Pacha. Water is vital for plants, animals and human beings. No one can live without it. Every living being lives thanks to water. Water is considered as the blood of the Pachamama, the blood that gives life to everything that exists in the Pacha. Water is everywhere, in the pampas, in the rivers and in the mountains. Water is like the blood of the human body, water is the blood of the mountains and it gives them life.

Water wisdom
Water has its own wisdom, the wisdom to live. Water knows what to do in order to live. Water lives and gives life through its cycle. Water flows into the veins of Mother Earth and comes to the surface giving life to every living being. Water can reach the sky, it reaches the Milky Way, which is known as Mayu or the firmament river. From there it turns into rain and comes back to the earth to give fertility to Mother Earth and maintain the flow of the waters of the Pacha. 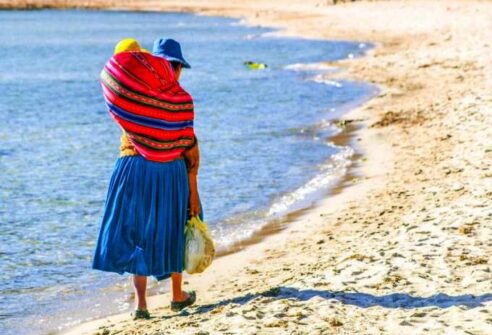 Following its wisdom, water re-creates itself through its never ending cycle, and it guarantees the flow of life through the rivers and seas of the Pacha. The rainbow helps water to reach the firmament to later become rain. Similarly, the moon is closely related to water and it is represented as a young girl who pours water on the earth from a pitcher, this picture is connected with the concept of the fertility of the land.
The movement of the sun itself is related to water. In Andean theology, the sun is a symbol of Pachakamaq (the ‘Earth Maker’, creator god), who determines the cycle of the provision of water to irrigate the Pacha. For example, in the month of December water has all its vital force to fertilize the earth. In contrast, water in dry weather is weak, it can’t feed or fertilize the earth. During its cycle, water passes through different places in different times and can take different forms, it can become snow, ice, rain or hail for instance. Water is what is supposed to be in the right place at the right time.

Yaku Mama: the sacred nature of water
Water is considered a sacred being in the original Andean spirituality. In fact, according to the Andean creation myth, ‘In the beginning, Ticci Viracocha, prince and creator of all things, emerged from the void and created the earth and the heavens. He rose from Lake Titicaca
at the dawn of life…’.
We can see as the same deity Ticsi Viracocha or Wiraqochan is closely linked to water, and he was not considered, as the Spanish thought, just a creation deity but the invisible vital force (kamaq or sinchi) that animates life, a vital force that exists in everything. This deity is associated with the snow-capped peaks (called pacha wira) that reach heaven and, through their roots, descend to the underground world. 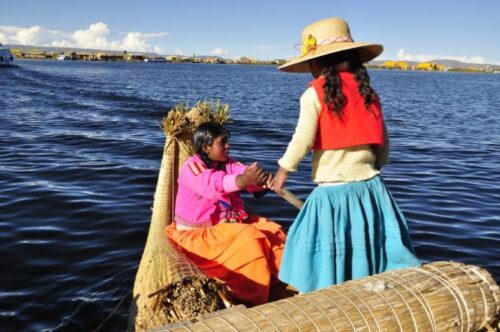 The spirit of water is in the lakes, in the lagoons, in the rivers, in all water sources and in the sea. It gives life and nourishes all other beings.
Symbols, myths and ritual celebrations concerning water are part of our spiritual experience, of us the Andean people. Water is never seen as a separate element in the Andean cosmovision, but as a living being that forms part of the weaving of life within the community of nature. Therefore, water is one of the constituent beings of the territory, together with human beings and the community of deities.
It is family, and that is why we native peoples consider every source from which life emerges as sacred. 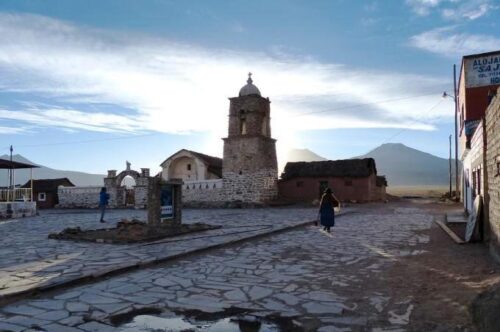 We natives know that rivers, lakes and forests generate rain, hail and snow which are part of both the spiritual life and the daily life of our peoples. Thus, we ask for rain to the  protective spirits, and make offerings to springs and lagoons in case of lack of water. Water is sacred to us. When you drink from a spring, a well, a river, or any other source of water you  drink the life that is generated by the Pachamama. Furthermore, these water sources are related to the life of our ancestors. Therefore, drinking  water means also entering into communion with them.