During the past decade, the United Arab Emirates has brought to the fore an important process of diversification of its economic system aimed at freeing itself from dependence on hydrocarbons which nevertheless accounts for 30% of its GDP.

This process has made Dubai a nerve centre of business for the entire Middle East, and also a regional hub for companies wishing to enter both the local markets and those of Eastern Africa and South Asia.
The UAE is, today, one of the world’s largest producers both in terms of oil production and available reserves. Despite the ongoing process of diversification being well founded, the pandemic has dealt a grievous blow to the economy of the Emirates which has recorded a reduction in GDP from the pre-pandemic figure of 373 billion to a post-pandemic total of 354 billion, a loss of FDI income of around 1,764 million dollars. This was due in part to the collapse of the price of oil upon which the UAE depends to a considerable extent. 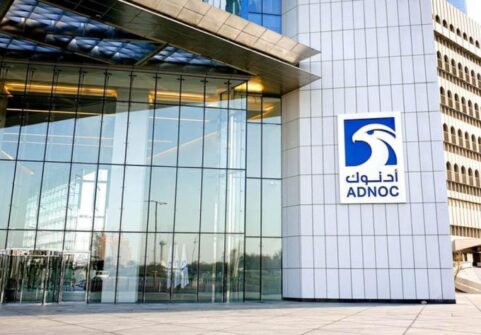 The Emirate of Abu Dhabi which, of all the seven Emirates has the largest number of oil deposits and produces the largest amount of oil, is the one most involved in the process of diversification in which industrialisation, commerce, services, infrastructure, tourism, defence, nuclear energy, and the aerospace industry have become the new economic vectors of the new process.
In particular, with reference to nuclear energy, the Barakah installation (situated at Gharbiya, a zone to the west of the Abu Dhabi Emirate) has already activated one of its four energy-producing reactors, thus taking an important lead over the other Arab States. 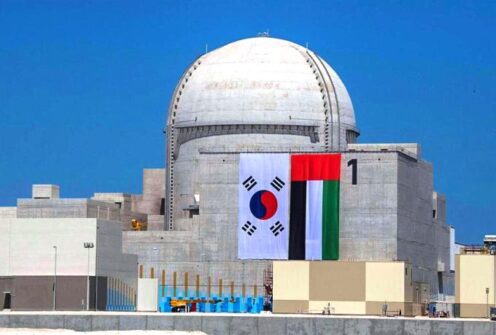 In this regard, it is important to point out that the installation is the result of cooperation between the Emirates Nuclear Energy Corporation (Enec) and Korea Electric Power Corporation (Kepco) or South Korea and that, in the production of nuclear energy, the UAE has achieved the ‘Gold Standard’ from the United States with which it signed, in 2009, the ‘123 Agreement for Peaceful Civilian Nuclear Energy Cooperation’. This includes an agreement binding the Emirates federation to develop technology exclusively for peaceful purposes and, therefore, to renounce uranium enrichment and the reprocessing of plutonium. Washington, on its part, will provide assistance and nuclear material. Also in the field of aerospace, the UAE has made important progress in recent years and has taken the lead in various sectors over the other countries of the Gulf which have undoubtedly helped to modify the economic assets of the Emirates and create an image of innovation. An example of this is the launching of a probe to Mars in February 2021, a project on which more than 200 Emirate engineers worked for about six years. Another important asset of the economy of the federation consists in approximately fifty enclaves on Emirate territory. 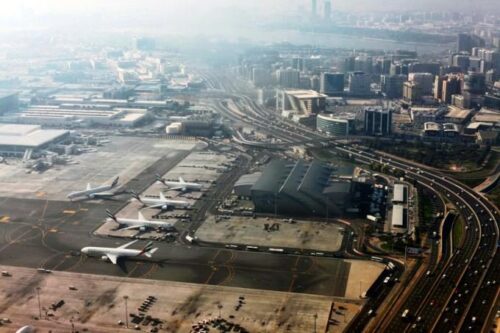 Among these we find Ajman, Ras al-Khaimah, Sharjah, and Dubai. The latter, according to the Dubai Free Zones Council, contributed 31,9% to Emirate GDP in 2018. Furthermore, by means of the enclaves, the UAE has become the second-largest trading partner, after China, of Saudi Arabia, in terms of imports even though today, in this area, they have to contend with competition by the Saudis which have launched policies aimed at attracting foreign companies to their territory. This has moved the Emirates to propose a 94% reduction in taxes for foreign companies willing to invest in loco, to become even more attractive than their neighbours and maintain its advantage over them. Their advantage comes from what the UAE has to offer in terms of infrastructure services (transport), communications and a well-structured financial system. It is worth noting that, since 2016, in view of Expo 2020, important infrastructural investments have been made including those between the Khalifa Industrial Zone Abu Dhabi (Kizad), the Dubai Industrial City which represents an important industrial hub for industry, the new urban area of South Dubai, the expansion of the Dubai Airport Freezone Authority (Dafza) and the creation of the new industrial centre at Al Saja’a in the Emirate of Sharjah. Such mega-investments fall within the plan of economic diversification of the country as part of the strategy to guarantee an economy based on innovation and to render the Emirates one of the main world centres for sustainable development. One of the projects in the pipeline is that of the underground transport system Virgin Hyperloop One, between Abu Dhabi and Dubai which consists of pods launched at high speed inside vacuum tubes, reaching their respective city destinations in 12 minutes. 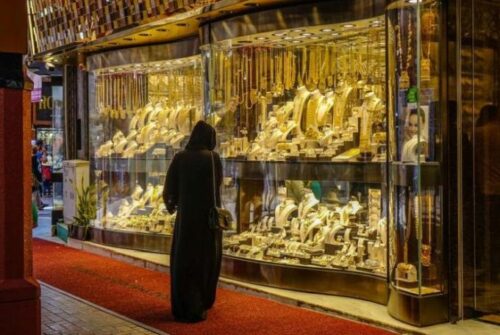 Saudi economic competition is also making itself felt in the field of tourism where Saudi Arabia is trying to grab a slice of the market in which Dubai is in the lead, seeking to enhance its natural heritage in the regions of the Red Sea and its archaeology of the city of Al-Ula, a UNESCO heritage site in the North-West of the Kingdom where there are a number of archaeological sites dating back to the time of the Nabateans. The other sectors that show potential for growth in the economic plan are: metallurgy (+5,8%), textiles (+6,2%) and jewellery (+12,3%). The last of these, in particular, has, in 2021, brought about the renewal of luxury exports with an increase of 52% after the 35% drop recorded in 2020.
Again, with reference to the jewellery industry, and consequently to the gold market, it must be said that Dubai represents a market square for the exchange of gold coming from countries in conflict.
It is a chaotic universe where criminal gangs operate freely and control the supply chain by taking the place of legal intermediaries, thanks also to links to foreign companies in search of easy earnings that, through the work of skilled traffickers, manage to cover their links with armed groups and place gold on the legal market. In October 2021, there was the inauguration of the Dubai EXPO whose main microtomes are Sustainability, Mobility and Opportunity.
It is the first-ever universal exposition hosted in the Middle East Region, Africa, or South Asia. A tangible sign of how the Emirates intends to proceed as it looks to the future. F.R.