The result of next August’s elections cannot be taken for granted. About 14 million Angolans will be called to choose the president of the republic and their parliamentary representatives
for the next five years.

It is estimated that at least a fifth of the young voters will go to the polls for the first time; also, citizens living abroad, for the first time, may vote at the embassies in their countries of residence.
The political scenario is entirely new. On the one hand, the Popular Movement for the Liberation of Angola is seeking election by proposing the old logic of the single party that has always been in power and its candidate, the outgoing president, João Lourenço. The opposition seeks to join together in a coalition called the United Patriotic Front (UPF), headed by the National Union for the Total Liberation of Angola and its leader Adalberto Costa Júnior.

Expectation of the opposition
Today, the Front enjoys a degree of popularity unseen in post-war Angola. In particular, on the individual level Costa Júnior, with a degree in electronic engineering and public ethics, seems to have no rivals on the Angolan political scene. But, beyond the individual image, the United Patriotic Front represents a significant novelty as an attempt to transcend political divisions and to combat the dispersion of votes, looking to the future, especially of the young. 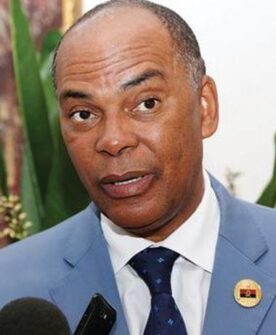 In fact, they have but a distant memory of the war, and they are more concerned with the present and the future than with the past. Forged in a materialistic context of access to goods and services, as well as of awareness of the mechanisms of exclusion, it was they who organized the numerous street demonstrations that the country recorded in 2021 against bad government, poverty, and unemployment. For the opposition, therefore, winning their support may not be so difficult despite the clear possibility of fraud that the new electoral law – approved at the end of 2021 in parliament, with the favourable vote only of the MPLA – portends, attributing to the president’s security body, the Military House, the powers of coordination of the National Electoral Commission.

Lourenço, the reformer
As the candidate of the MPLA, João Lourenço stands in the elections in the guise of the reformist who consolidated the process of peace and national reconciliation that began with the end of the war in 2002. International recognition was also gained by its fight against corruption and the recovery of large capital, as demonstrated by the dismantling of the oligarchy of the family of his predecessor, José Eduardo dos Santos. 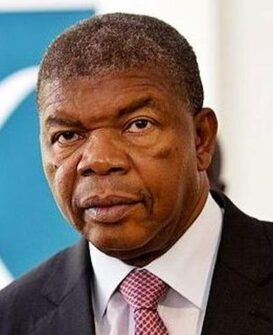 João Lourenço, President of the Republic of Angola.

João Lourenço has ousted the Santos family from the leadership of Sonangol, the parastate oil and gas company, the economic backbone of the MPLA. The judicial trials and the subsequent imprisonment of personages of the elite of the Dos Santos era is a further concrete sign of this presidential commitment. On the political level, last year in May, Lourenço publicly apologized to the victims of the massacres of May 27, 1977. The president then strengthened dialogue with civil society, inviting and receiving, at the presidential palace, representatives of independent communication and social movements. This was the case of journalist Rafael Marques and activist Luaty Beirão, long outraged and imprisoned by the regime of dos Santos, on charges of defamation and subversive acts and summary judicial trials.
At the international level, the free movement agreement with South Africa, which exempts citizens of both countries from visas for entry into the territory of the other, has been far from negligible. This last measure is attributable to a broader political-administrative project to streamline bureaucracy, which resulted in the presidential decree ‘Simplifica’, launched towards the end of the year.

Young voters
This progress would point to a comfortable victory for Lourenço. However, the vote of young people from large urban and suburban centres could make a difference and determine future political scenarios. In fact, although urban youth express discontent more, they, more than any other group of the population, suffer from ‘immediatism’ and relativism, so that any means is Machiavellian perceived as justified by the need and desire to climb the social ladder. It is clear that the quickest way to climb is to stay in or at least close to the ‘system’. 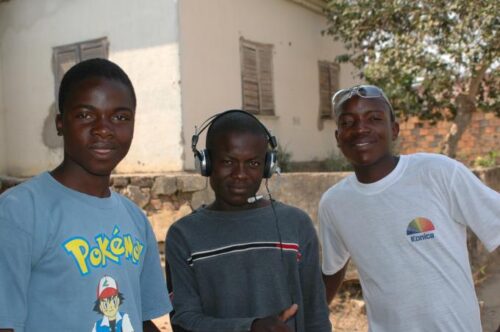 Populist promises or the activation of typical patronage mechanisms, such as free motorcycles, would be a strong attraction for young people to get closer to the MPLA. The youth vote in favour of the opposition is, therefore, an unknown. Another social stratum that could tip the scales is the educated middle class. ‘Immediatism’ and materialistic values could overlap with ideals of good governance and the need to address endemic problems related to the economy and work, health, education, the environment, transport, and security.
Precisely on the internal security front, a tragedy marked the morning of the first day of 2022 in the heart of Luanda, involving police officers on duty at the headquarters of the Ministry of the Interior: a double murder of policemen, the wounding of a passing civilian, and the suicide of the killer. Official data show that the tragedy resulted from a brawl that developed following the theft, on that tragic morning, of the gun of one of the victims by the suicidal killer.
Whatever the motive, it was a tragedy of very serious proportions which points to serious problems within the police force, which represent another crucial element for the 2022 elections. 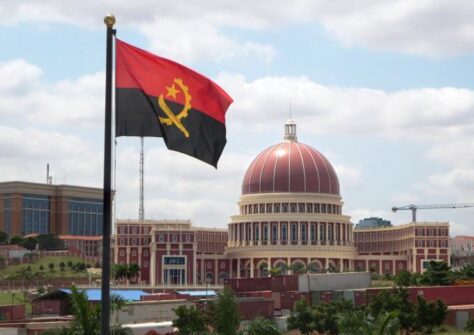 The National Assembly building in Luanda. CC BY 2.0/David Stanley

Faced with such a complex and uncertain picture, everything seems to demand a rebalancing of the parliament, in numerical terms, with the downsizing of the MPLA group and the strengthening of the opposition, especially the United Patriotic Front. As a corollary to this change, there could be a considerable break in the power structure of the MPLA, in proportion to its possible defeat or loss of seats in parliament. Whatever the electoral outcome, the unsustainability, in the long run, of the total hegemony of the party-state, mostly built on a fragile economic production, that of oil, unregulated capitalism, international alliances, mostly with China, whose intervention in public housing has little impact on the labour growth of a fast-growing population, has become openly apparent. The elections of next August, therefore, will be competitive, at least as compared with the last two, provided that the iron-clad alliance of the opposition is not dissolved by bureaucratic quibbles, as was attempted at the last Congress of the United Patriotic Front. (Photo: 123rf.com)