Birth in Buganda is very important because it is the yard stick that measures a successful marriage, no childless marriage is considered successful. A man would be asked to get another wife if his wife failed to give him fruits of the womb, and she would be considered a useless woman. The more children a woman had, the more the love from her husband and his family.

The men in Buganda are very keen on their DNA, and it is believed that when a woman gave birth and lied about the family of her baby or gave the baby to another man from another clan, the child would fall sick every now and then or cry nonstop until the mother revealed the true identity of the child. Misfortune would befall the child at a later time in life.In Buganda grandparents were the only people allowed to give new-born babies names. So when a woman gave birth, the child’s father would take the new-born to his parents’ home, and when there his father would stand at the doorway, carry the child and while entering with him in the house, he would give the child a name. The baby’s parents were also given a chance to give the second name. The grandfather would also take the new baby and lay him on his bed while professing blessings upon him. 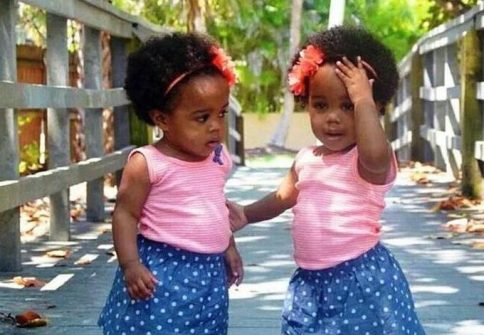 If a woman gave birth to twins in Buganda that calls for a different kind of celebration and rituals just because twins are considered more important, and many people claimed that twins were not normal children, they are spirits. They are believed to have powers to bring blessings or curses upon people.
When twins were born in Buganda, they were not allowed to go anywhere before they had visited their paternal parents’ home. It is believed that once they were taken somewhere else before going to their paternal home, they would have misfortune or even die.
On arrival at the grandparents’ home, mushrooms and fingers of plantain (Matooke) would be cooked and then served to the parents on a banana leaf known as Nakitembe. After that special meal, they were allowed to take them anywhere. This ceremony is for introducing the twins in the family, but they also perform a ritual to identify their DNA.
It is believed that during the ceremony to identify the twin’s DNA, if they do not belong to that particular family they will know immediately. 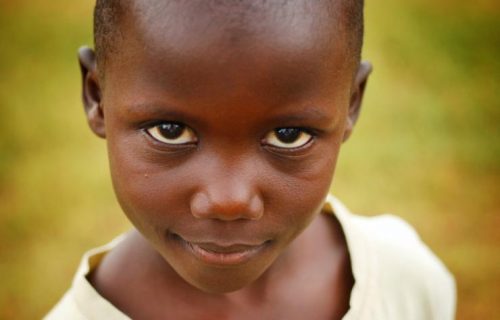 After the birth of the twins two baskets were brought, one basket would be kept in the bed room in a safe place either under the bed or somewhere in the wardrobe and these two baskets contain a local herb called ebombo and olweza.
One basket will be used to receive gifts from people who come to visit the twins because people are not allowed to place gifts in the children’s hands. The other basket will also contain the local herbs and the fallen umbilical cord stumps of the twins.
This basket will be kept very secretly and only brought out for very close family members to place gifts. In this same basket, the parents of the twins keep putting money from time to time.
Since twins are believed to be small gods in Buganda, this specific basket will be brought out for only close family members who sometimes pray to the umbilical cord stumps in it for blessing and they say that whatever they pray for to that basket they will get.
Some people would use the same basket with the umbilical cord stumps to invoke curses or blessings on others; that is the reason they are only brought out for close family members. 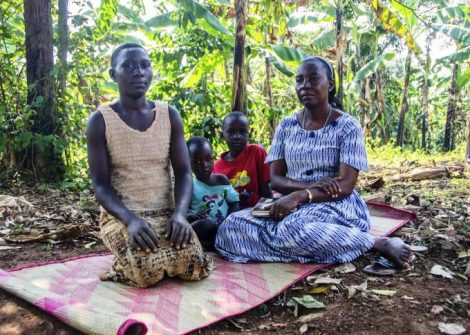 The Baganda say that the umbilical cord stumps are considered as children and that is where all the respect goes. After the cords have fallen off the ritual to identify the twins if they belong to the man’s DNA will be arranged. This same ritual is also performed to unite the Salongo and Nalongo’s family so that they can do things freely.
Before the ceremony is performed, the Salongo is required to go to the Nalongo’s home and get one of her sisters to come and perform the ritual since tradition does not allow the Nalongo to perform any ritual. Her sister will then be known as Nalongo omukulu (meaning the elder Nalongo) who will perform all rituals on behalf of her sister.
The family will hire a traditional healer who is an expert in finding out the right DNA of twins, armed with some herbs, local medicine and a bark cloth, he will join the family.
This ritual is usually performed after midnight to make sure that all children are asleep because tradition and culture does not allow them to attend or witness what is taking place.At midnight, the traditional healer will lay down his bark cloth and display his cowrie shells, other fetishes, and herbs on it. He will require the Salongo to bring for him the umbilical cord stumps of the twins, after which he will invoke spirits and then apply some herbs and other fetishes to the two umbilical stumps; he will then begin tying them together. If he succeeds in tying them, he will pronounce the twins to have the Salongo’s DNA but should the cords fail to be united with his herbs, the announcement of twins not having the same DNA as Salongo will be made. 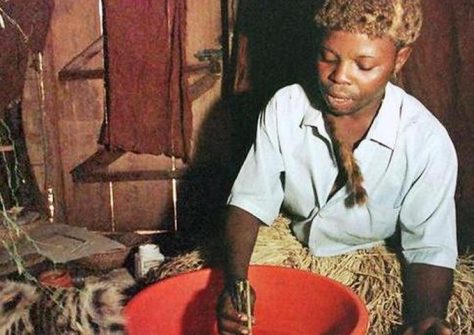 In an event that the stump cords are lost the traditional healer will invoke his spirits and the first two insects that will fall on the bark cloth will be used to perform the ritual that night.
Sometimes, the tradition will put the two cords in a basket, and then they will pour water in the basket. If the two cords float on the water then the DNA will be approved by family of Salongo but if the cords remain seated at the bottom of the basket, then the DNA will not be approved and the Nalongo will be asked to take the children to their father’s family.
While all this is happening, there is a lot of singing, drumming and dancing taking place at that time of the night. Here is a place where the mother in-law will be dancing with the son-in-law and daughter-in-law will be dancing with father-in-law, all the in-laws will unite and dance together while singing songs. It should be noted that in Buganda the mother-in-law cannot get close to her son-in-law, and the daughter-in-law cannot get close to her father-in-law because it’s a taboo. This ceremony usually overcomes the taboo and every one unites, shake hands, and dances while holding hands. (I.L.)