The colours of the walls, the little flags decorating the entrance, the large open space where they practise all is harmony and serenity at Circus Zambia. It is here that hundreds of youngsters learn
the arts of the circus.

The writing on the wall declares that inside there is a place where people can “run, jump, fly… “, and this is the feeling we get as we enter and see the boys and girls from difficult situations finding on their doorstep a place where they feel valued and cared for.
The idea of Circus Zambia came from a boy in the outskirts. He seemingly had no prospects but just the determination to change his life and that of many of his friends.
Gift Chansa, Co-Founder and artistic director of Circus Zambia, was born and grew up in Chibolya, one of the more disadvantaged outskirts of Lusaka, the capital of Zambia. From childhood, he liked to challenge his friends to do the acrobatics on the streets which led him to discover the existence of the circus. 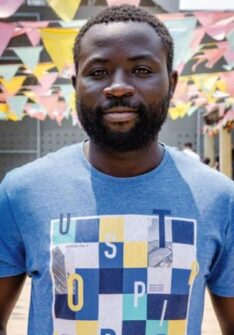 He managed to study this discipline in China and the Netherlands.  He was awarded a diploma in Project Management at the National Institute of Public Administration at the University of Zambia. Since the formation of Circus Zambia, he has become a reference point for the social entrepreneurship of his country, so much so that, in 2018, the MTV television network recognised his work and his leadership.
Six years after the start of what Chansa describes as “The movement to change the image of the city quarter “.  Circus Zambia has two centres, one in Chibolya and another in a residential area in the centre of Lusaka where work continues on a project called ‘Body, Mind and Soul’ with a ‘Holistic perspective’, considering it as a whole that transforms the person and helps the community.
Chansa and his collaborators describe themselves as ‘A lively, young and social circus’ in which talent is discovered and where people work to bring it to fruition. This is how they have already succeeded in convincing some of the more talented students to spend a year in China to train and learn new circus techniques.
Today, that small group of artists is now a group of professionals who have performed in the United States, Ethiopia, Japan, China, and the United Kingdom.
Their shows, which they perform in their centres every last Friday of the month in Lusaka, and the private shows they put on for small groups or companies that book them to provide entertainment at their event, have enabled them to acquire the large centre where they train and to pay the school fees and buy school equipment for 24 boys and girls to discourage them from dropping out of school for lack of resources, or due to family pressures. 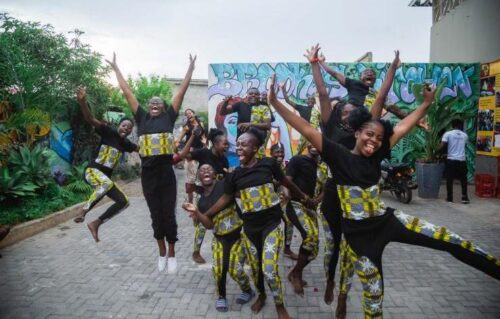 The Circus also supports about a hundred children who take part in the Body Program, practising their different skills as clowns, jugglers, dancers, or acrobats. “It is through this demanding physical training by which they improve from day to day, perfecting and improving their acts, that the young people learn the value of leading a healthy life and the importance of caring for their bodies.
The Circus keeps them away from such widespread and difficult to control problems such as drugs and alcohol”.
Among the priority activities of Zambia are the visits to the city quarters and the street shows, as the members of the project explain to us. Entertainment and humour enable us to face complex social problems. “The prevention of HIV, violence against women and child marriages are topics on which we never stop speaking so that, right from their childhood days, they are aware of the world they live in and guard against”. There are at present more than 5,000 boys and girls involved in the various projects. 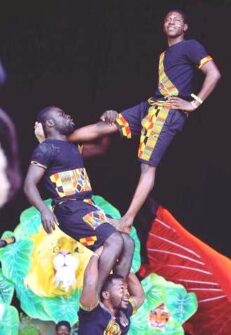 Chansa points out that if you say you live in Chibolya, people do not trust you. “We know that people associate Chibolya with drugs and criminality, but Chibolya is more than all of that. Just think of talented young people who want to get on in life”.
Coordinated physical and mental work, apart from the daily difficulties of the children, transform them when they come to Circus Zambia. “With our programme, we take on the same problems that challenge young people in the community. For example, we teach such values as the empowerment of women and gender equality. We also have a project involving sanitary hygiene and clean water and we are locally involved in global problems. We are a very organic and rooted platform that assists the youth”.In the great hall, we see some young people performing exercises on special acrobatic equipment while others are practising on the beam and, in a corner, a group of young people are discussing some future projects. 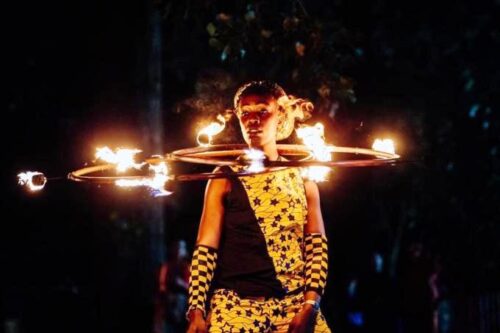 Performing in front of strangers, whether on the street or the stage, develops self-confidence.
The messages encouraging them to keep on practising until they can perform the exercise, using the innate energy of youth, make the training sessions a series of incessant repetition. Some are balancing hands-free on ropes to demonstrate their ability to use their legs, arms or torso to avoid falling; others are trying the unicycle for the first time or form human figures that require enormous flexibility.
“These exercises help to increase self-esteem and to show one’s potential and talents in a natural way. What we are really doing is helping them to face life with serenity and commitment. However difficult, there is no obstacle that cannot be overcome”, Chansa concludes. (Open Photo: © Circus Zambia)