It is a fact that Libya is of fundamental importance for the Russian Federation since it is geographically embedded between the Mediterranean and the Sahara and also between Egypt and Algeria, historical Russian allies in the region.

On the Libyan chessboard, despite the reigning chaotic situation due also to the interests of multiple actors, Russia is moving silently and prudently, and so gaining a position of respect.
The strategy used by the Kremlin is that of favouring dialogue with the various interested parties without ignoring the support for Haftar – the strong man of Cyrenaica – wishing to emerge as a mediating and necessary power in all possible circumstances. 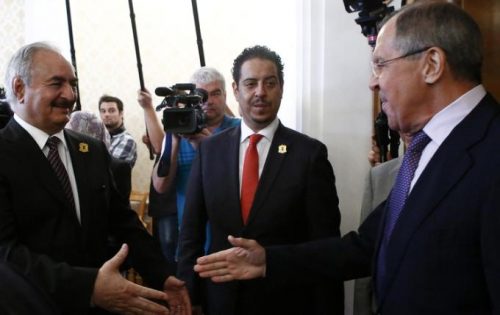 Libya’s history has allowed the Kremlin to further strengthen its relations with Egypt and with Haftar who represents the point of contact. Putin, in fact, makes use of relations with Cairo to support the Marshal of Tobruk. Today, relations between Putin and Abdel Fattah Al Sisi are at their best ever. The two share many ideas regarding the Eastern Mediterranean front of North Africa. For the Kremlin it is essential to have Egypt on its side, not only because of Libya but also the entire Middle East.Libya is of interest to Russia for various reasons of which the main one is strategic. Moscow has always needed outposts in the Mediterranean. Access to the warm seas is fundamental to the maritime strategy of the Kremlin. 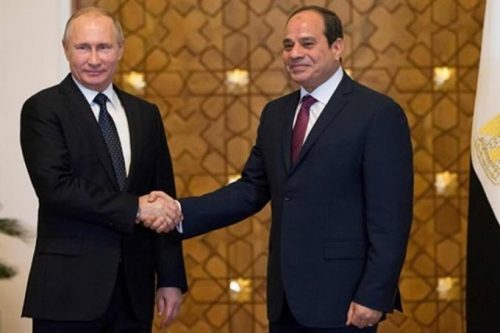 Besides these military interests there are also enormous economic interests. On the whole, there are three factors that determine the development of Russian policy in Africa and in the Middle East: energy, infrastructure and arms. And it is also upon these three factors that Russian policy in Libya is built. The Libyan Minister of Economy and Industry Nasser Fadhlallah al-Darsi, recently confirmed in Moscow the agreements with Russia for the construction of Bengasi-Sirte, in an area still controlled by Haftar. The $2 billion contract will bring development to Libya and create better connections between the different parts of the country.Russia is obviously interested in seeing that its companies are involved in Libyan reconstruction but infrastructure is only a small part of Russian economic interests.In February 2017, Rosneft and Libya’s National Oil Corporation signed a cooperation agreement. The Corporation is formally headquartered in Tripoli, but the bulk of its oil fields are located in the country’s east, near positions occupied by Field Marshal Haftar’s soldiers — which could explain why Moscow is now apparently doubling down on its partnership with Haftar.
Together with Rosneft are Gazprom and Tatneft which are already involved in the North African country, especially at Sirte and Ghadames. These three colossi are the means by which Russia wants to re-enter the Libyan game after years of exclusion. It is also for this reason that the USA has again begun to be active in Libya also on the energy front: the question also affects Washington’s interests. 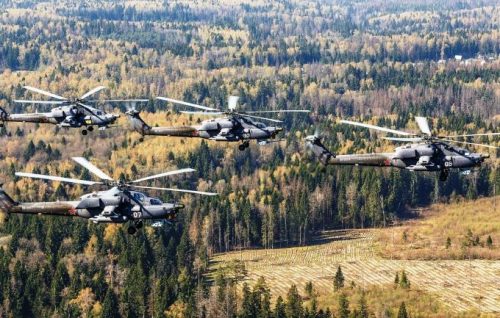 Algeria is the other important Russian partner in the region. Relations between the states go back to the period of the war of independence against France when the Soviet Union took the side of the independence movements, providing them with economic aid, and military and technical assistance. In October 1960 Russia became the first state to recognise the de facto provisional government of Algeria, three years before the de jure recognition of March 1962. Relations with Algeria were resumed in 2001 on the occasion of the first official visit of President Abdelaziz Bouteflika to Russia to re-launch strategic relations between the two countries. In 2006 President Vladimir Putin went to Algiers where he signed various agreements in strategic sectors – commerce, economy and finance – and established with the Algerian authorities the modalities of the repayment of loans obtained during the Soviet era. Today, the two countries exchange high-level visits
at least once a year. 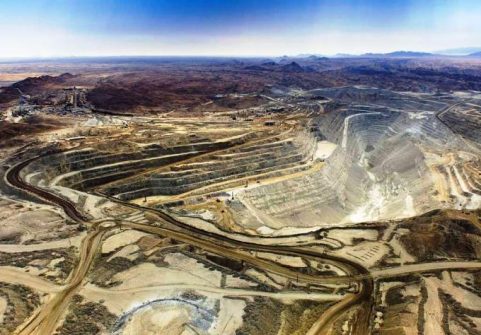 Rössing uranium mine near Swakopmund, Namibia.

Another basic fact is the extraction of energy and mineral resources. The Alrosa, Gazprom and Lukoil companies have been used as instruments for penetrating the continent. Following the usual strategy of placing public and private interests together, Moscow succeeded in (re)obtaining billions in concessions for mineral extraction and infrastructure. Regarding energy and mineral questions, the strategy of Moscow is based on two aspects: on the one hand, to acquire the mineral resources not available at home (This explains its penetration in Namibia because of the uranium and in Zimbabwe because of the platinum), and, on the other, to place obstacles in the way of other international actors, in greater need of such resources, of doing the same. In addition, various minerals and agricultural products from Africa are in demand in Russia.
One of the initiatives taken by Moscow relating to Africa has been the cancellation of more than 20 billion in debts owed by African states.
The Kremlin is also investing greatly in training, as shown by the numerous programmes of scientific and educational cooperation agreed with Ethiopia, Mozambique and Rwanda; it also maintains worldwide food programmes from which it assigns 5 million dollars of aid to Africa. Among these there is also the project of the Unido agency for the development of agriculture and fishing in Ethiopia. (F.R.)