The films made by young directors can be traced to two main streams. Afrofuturism which has taken root in Ghana, Nigeria and Kenya and which combines stylistic research and sales and a more authored current, devoted to experimentation which has among its major exponents Lemohang Jeremiah Mosese (Lesotho). Netflix at the conquest of Africa.

Afrofuturism (a literary and musical movement that was started in the United States in the seventies to explore black identity and culture through the filter of science fiction) has returned to the fore especially in the United States and Anglophone countries partly due to the success of Black Panther. A version of Afrofuturism has developed especially in Ghana, Nigeria and Kenya and is to be seen in some recent films, more out of a desire to revisit traditions in a more contemporary key than to explore a technological future.
The Lost Okoroshi of Nigerian Abba Makama, recently presented in Toronto, is actually defined as an Afrofuturistic journey through the universe of Nigerian masks.
The director tells how the film originated in a short circuit between a personal obsession of his with the world of traditional Igbo and the photographic work of Wilder Mann: The Image of The Savage by Charles Fréger, an excursus on the masks of some European countries. 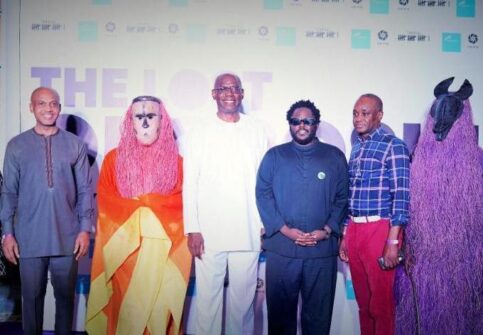 The film tells the story, with a slight touch of Kafkaesque irony, of the misadventures of a man who finds himself trapped in a traditional mask in its modern pop version. The director, who is also a painter, states that he wants to use the film to reconnect over-globalised Nigeria with its own traditional culture. However, he himself also admits that his film work, which avoids Nollywood and has cosmopolitan cinematographic references (Fellini, Jarmusch, Jodoroswky, Apichatpong Weerasethakul, Spike Lee), is much appreciated, especially abroad and that The Lost Okoroshi was not distributed in Nigeria.Atmospheres that are similar but closer to a magical realism are to be seen in The Burial of Kojo of Blitz Bazawule, a hip-hop musician in Brooklyn who has returned to Ghana, his native land, to film a story which, through the eyes of a little girl, recounts a vendetta between brothers. The non-linear narrative is immersed in imagery where African mysticism combines with elements of horror and the aesthetics of a telenovela. 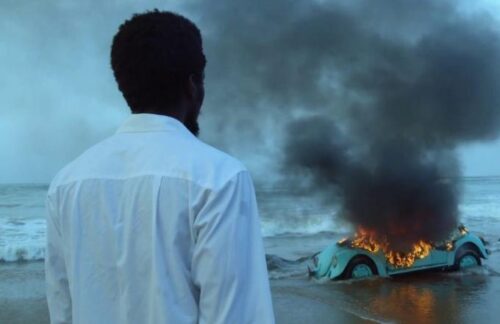 There is abundant criticism of a country crushed by unemployment and corruption where the legal or illegal exploitation of the gold mines is in the hands of the Chinese. The saturated colours, the daring movements of the cameras and the use of music have led some critics to glimpse the influence of the avant-garde cinema which has Djibril Diop Mambéty and Alain Gomis as points of reference. Also La nuit des rois of Philippe Lacôte, set in the infamous prison of Abidjan, the Maca, situated between the jungle and the city, is a story that mixes realism, dreamlike language and oral narration. The impressive location and the skill of the actors are the strong points of this film which, however, fails to be totally visionary. The artificial jump into the past and the ingenuous special effects make the film rather boring but it still remains an interesting attempt to find a new style. The common denominator of this film is the attempt to reconcile stylistic research with a genre suitable for the public at large. Both The Lost Okoroshi and The Burial of Kojo have been bought by Netflix, Amazon and Apple TV.

Independent creativity
There is, instead, a more experimental and authorial theme that has as its more interesting exponents Lemohang Jeremiah Mosese, author of the films:  Mother, I Am Suffocating, This Is My Last Film About You and This Is Not a Burial, It’s a Resurrection.Having grown up in Lesotho and then moved to Berlin, Mosese makes experimentation his stylistic trait. Black and white, the documentary that breaks through into fiction, the symbolism of the imagery and provocation are used by the director to tell the story of his country from a very personal point of view. Though he won awards and financing from the most important Film Festivals (Venice, Berlin, Sundance) Mosese reiterates the need to find a productive model that is different from that of the West. With this in mind, he founded “Barefooted Cinema” and the “Mokoari Collective”, intending to find easy and fast strategies to create films without having to spend years developing scenery that can satisfy the taste of festival selection committees, that receive awards and financing. 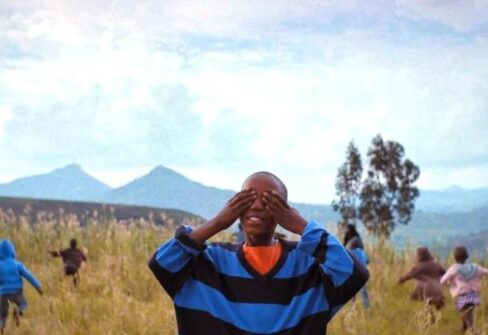 This Is Not a Burial, It’s a Resurrection.

The African voice in films shows itself only on the margins, filtered, distorted, watered down, bartered and corrupt. This was written a few years ago by Perivi John Katjavivi, an Anglo-Namibian director and producer, adding his voice to that of the young artists who seek the decolonisation of the silver screen.
The need to make small, independent films, filmed in Africa for the Africans, is still very great, especially among the youth.
From Angola comes Air Conditioner of  Fradique, a poignant journey into the heart of dilapidated Luanda where suddenly, and for no apparent reason, the air conditioners start to fall from the facades of the old buildings. With a tune that is something between the nostalgic and the surreal, we follow Matacedo, a security guard and a civil war veteran, on a mission (impossible) to repair the air conditioner of his boss.
Together with him, we explore the heart of a sorrowing city whose inhabitants invent worlds and stories to survive in a country full of contradictions. The keen eye of the director guides us through the meanderings of a sort of architecture that seems ready to collapse while, in the background, we can hear the sounds of the city mixed with the radio and TV news. 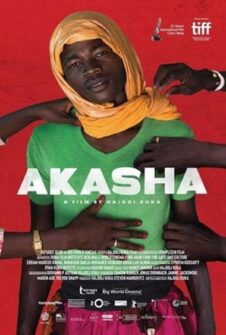 From Sudan, there are the resistant films of Hajooj Kuka who, with Akasha in 2018 debuted with an irreverent romantic comedy set during the civil war that broke out in 2011 in the areas of Sudan controlled by the rebels. Full of citations (such as those from Fanon and Bob Marley to the great classics of African films), Akasha reduces to humour the rhetoric of war, reverses the roles man/woman, plays with genders, makes facile use of psychedelic images but above all else, brings to the centre of the account the daily life of the populations stricken by the civil war. As the creative director of 3ayin, a network that concerns itself with the conflict in Sudan, Kuka is part of the production house Refugee Club and organises workshops of recitations and filmmaking among the peoples of the Blue Nile and the Nuba Mountains.

Netflix in Africa
Nevertheless, this young and resistant cinema is almost invisible to the eyes of the public and especially to Netflix which, thanks to Covid-19, has become the Great Global Screen. Netflix took off a few years ago on the continent and chose Nigeria and South Africa as pilot countries to experiment a model which, a large budget and references to specific genres (police, horror, science fiction, teenager films and medical dramas) enabled it to value local talent and the cultural potential of the territory.Among many questionable productions, we find two exceptions. Òlòtūré by Kenneth Gyang, is set in Lagos and based upon true stories told by an undercover journalist who investigates prostitution and the trafficking of women who are sent to Europe. The style is harsh, almost documentary, the actresses are very good, the story is moving and there is much evidence of the search for cinematographic language. To conclude, we have Sakho et Mangane, not a film but a TV series created by a team of young authors and directors of African descent. Filmed in Dakar, it makes remarkable use of the urban possibilities of the African metropolis. There is an excess of reference to police-type films and others but the attempt to mix social criticism with a theme like that of the X Files works to perfection. The excellent actors are an added bonus. 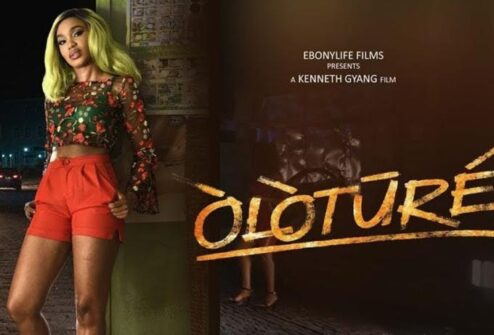 Francophone Africa and Senegal, in particular, seem to be the new hunting grounds of Netflix. France is not just a spectator. For years it has invested in TV series. The last of these was Wara, bearing the name of TV5Monde Plus, a Pan African TV series filmed in Saint Louis and launched as an African House of Cards. However, the attempt to promote political participation, especially by women, is too didactic and the series has not really taken off. There is still, therefore, plenty of testing ground for young actors and technicians.The budgets of the large television networks and the attentions of the festivals have not, therefore, extinguished the spotlight on African cinema.
Still, we must not forget some more independent initiatives such as the Centre Yennenga which, being located in Dakar, and thanks to the support given by Alain Gomis, wants to become a cinematographic centre specialised in training and post-production. The horizons are wide open and we are confident for the future.