According to Feldstein, an analysis of the African situation leads to the conclusion that the US military strategy for this area is not based on a sound assessment of the reality.

Confronting data provided by two well reputed databases The Armed Conflict Location & Event Data Project (ACLED) and The Global Terrorism Database (GTD), Feldstein reaches the conclusion that terrorist violence is declining in Africa, after a peak achieved in 2014-2015. Much of this decrease is due to the decline of the Nigerian jihadist group Boko Haram, which is linked to the Islamic State (IS). Both IS and Al Qaeda in the Islamic Maghreb (AQIM), the Al Qaeda branch operating in North Africa, are still dangerous but their threat is diminishing. On the other hand, US military effort in Africa is sharply on the rise. 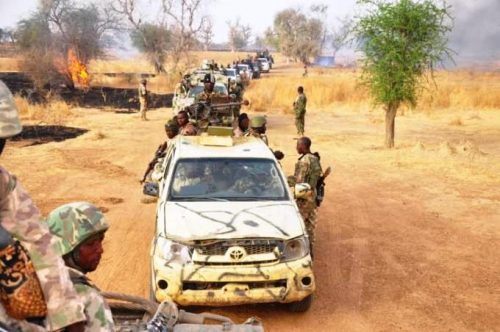 According to Feldstein, IS and its affiliates, except for Boko Haram, are small groups and their attacks constitute only a small part of the number of attacks committed in Africa. By making IS one of the main targets of its counter terrorism operations, Washington is conflating its status, transforming its militants into some sort of heroes and helping them in their propaganda and recruitment campaigns.According to E. J. Hogendoorn, deputy African program director for the International Crisis Group (quoted by the New York Times), “the deployment of armed drones is not going to make a strategic difference and may even increase local hostility” to Washington and to the Nigerian government. 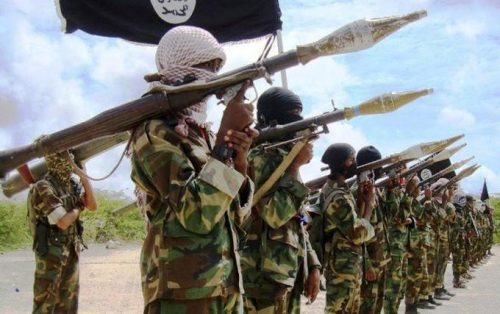 Even if they claim to defend ideas shared by many in those countries, like the religious faith of a major part of the population and the hostility towards corrupted regimes that are influenced by foreign powers, in reality extremists do not have much support among the population. There are some disenfranchised sectors of these societies that have a positive view of jihadists. And these sectors are a source of funds and a recruitment basin for terrorist groups. But they are not the majority. Religious leaders, civic society activists and some reputed politicians are effectively contrasting terrorist propaganda. The fact that in some areas like Mali, jihadists have to resort to drug trafficking (in terms of escorting the convoys through the desert) shows that they have problems in finding ‘legitimate’ sources of income. 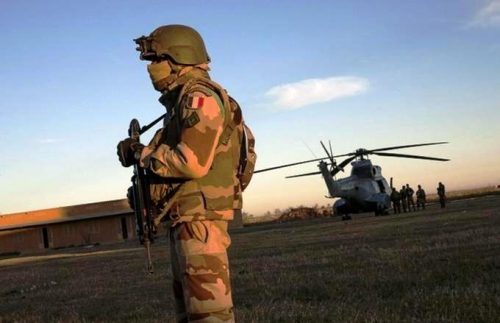 There is also a minor factor to consider when assessing the utility of Western military support to local troops which we can call ‘unintended consequences’. African soldiers trained by Washington, such as Yahya Jammeh in Gambia and Amadou Sanogo in Mali, have organized coups in their countries, chasing out democratically elected leaders. The acquired military capabilities can therefore be used to create political instability and fight against democracy. And if they do not organize a coup against a legitimate government, local militaries can use the skills and the equipment acquired to quash oppositions to a dictator.

On a general level, there is a ‘militarization’ of the aid to Africa, especially for the United States. In recent years, also during the Obama administration, the funding of governance and policy programmes to support the African partners was slashed. Diplomacy and development aid are not used to their potential. Therefore, the political, economic and social crisis of this area do not find a concrete political response, if we exclude political rhetoric. This vacuum is therefore filled by the military that in the US has become a multi-use tool. These dynamics are the consequence both of a disengagement of the political leadership and of the initiative of the military hierarchy. 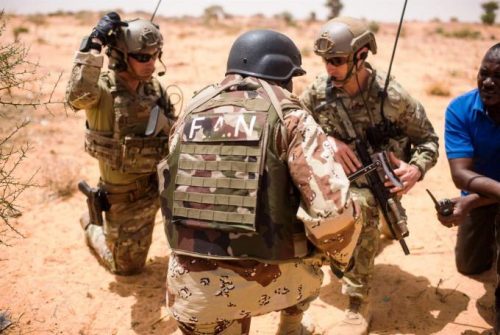 In 2018 the National Defence Strategy, in the paragraph titled ‘Support-relationships to address significant terrorist threats in Africa’, the US security apparatus states: ‘We will bolster existing bilateral and multilateral partnerships and develop new relationships to address significant terrorist threats that threaten U.S. interests and contribute to challenges in Europe and the Middle East. We will focus on working by, with, and through local partners and the European Union to degrade terrorists; build the capability required to counter violent extremism, human trafficking, trans-national criminal activity, and illegal arms trade with limited outside assistance; and limit the malign influence of non-African powers’. It seems clear that in reality contrasting the influence of foreign countries in Africa, especially China, is a geostrategic priority for Washington and counter terrorism is a tool to enter into the arena. (A.C.)