“The world calls me Ustad, the teacher, but I personally feel I am a Shagird, a disciple of music”. This is how Naseeruddin Ustad Saami, one of the most significant personalities in Pakistan and musical Sufism, defined himself.

His songs and his music are infinitely distant from what is heard in the West; so much so that those unaccustomed to this type of sound would say it is ‘all the same’ or ‘boring’. In reality, his music is closely linked to Sufism and its origins predate Islamic musical culture.
The 77-year-old Pakistani is the last master of an ancient art (dating back to the 13th century) and widespread in much of South Asia: the qawwali devotional chant based on a scale of 49 microtones, from which the modern khayal descends. 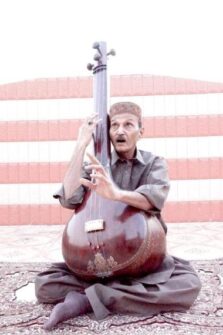 Ustad Saami is the last master of an ancient art and widespread in much of South Asia: the qawwali. Photo: Marinella Delli.

Everything revolves around a central note, from which the master moves with great skill, bringing in ancient mystiques and accompanying the song with hand movements as if he were dancing, according to a ritual that fascinates for its almost magical strength.
On the one hand, his style evokes the melismas of Gregorian Chant, and, on the other, is related to that of Nusrat Fateh Ali Khan, probably the greatest Pakistani musician and the only one able to achieve almost universal fame.
In the West, Saami began to make himself known with a record released in 2019 entitled ‘God is not a Terrorist’ which was followed by the recent ‘Pakistan is for the Peaceful’, two titles that adequately express the essence of his message: the search for peace and serenity implied by values and visions of life very far from those of Islamic fundamentalism which, not surprisingly, has always opposed it.
Fortunately, his fame is recognized everywhere in the country, allowing him greater freedom than that of many of his colleagues. Maestro Saami has sung since he was a child under the guidance of an uncle from whom he learned all about this endangered art, but over the course of his career, he has assembled an increasingly vast and stylistically varied repertoire. And he sings in a variety of languages ranging from Sanskrit to Urdu, from Farsi to Arabic and even the ancient Vedic language. 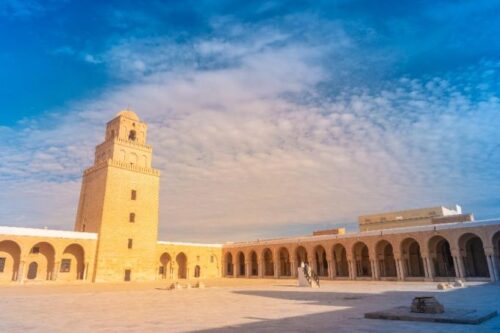 ‘Pakistan is for the Peaceful’ was recorded on the roof of his home in Karachi. Accompanying him were his four sons Rauf, Urooj, Ahmed and Azeem playing two drums, the tabla and the harmonium, intoning responsorial voices that occasionally echoed the melodies sung by their father. It was all done in a single all-night session and with the assistance of Ian Brennan, the wise discoverer of unknown sonic treasures of the Glitterbeat House: only three songs that, apart from their emotional strength, are and will remain a precious document of an art that could disappear forever with Ustad. Music from another world, full of charm and ancient mysteries, which nevertheless is a full part of this world. But, perhaps, for just a little while longer. (Open Photo: 123rf.com)