After ten years of the declaration of independence, South Sudan continue to suffer the drama of civil war. Reconciliation between various ethnic groups has become an important task for the churches in South Sudan. The commitment of Comboni Missionaries among the Nuer ethnic group.

The Comboni Missionaries were invited in 1998 by the Bishop of the Diocese of Malakal to accompany Catholics who lived scattered in the villages of the Fangak region in the South, the wetlands and marshes of the Nile. We missionaries visit people regularly in their villages. We walk on foot to distant chapels – up to four days away from the parish centre since there are no roads. The parish territory is huge, about five times the size of the Greater London area. Paths that are not used disappear within a few weeks in the constantly growing vegetation. 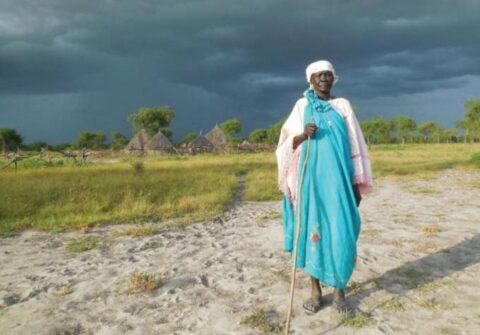 During half of the year, the waters of the Nile and the rains flood the region, becoming flat as a disk. There are no hills except termite hills. On our hikes, we cross waters that reach up to our necks. Tropical diseases are part of everyday life and safe drinking water is rare.
The basic food of the Nuer consists of sorghum (millet) with milk or fish. They plant and harvest with hand tools, as the ox plough has not yet been introduced in this region. Furthermore, there is no telephone/mobile phone network, no postal service, no power grid – we depend on solar power – and no local radio station; only shortwave radio works to receive BBC and Vox of America.

Training catechists
The main task of the missionaries is to train catechists in their chapels. Our parishioners have a strong, sincere faith but little Christian education. We offer the catechumenate for adults who ask to become Christians. About half of Fangak County’s population is now baptized. There are many followers of traditional religion who are attracted to being a Christian. We offer education programmes in Nuer and English since more than 95% of the population in this part of South Sudan are illiterate due to their isolation (nationally, the illiteracy rate is at 75%). 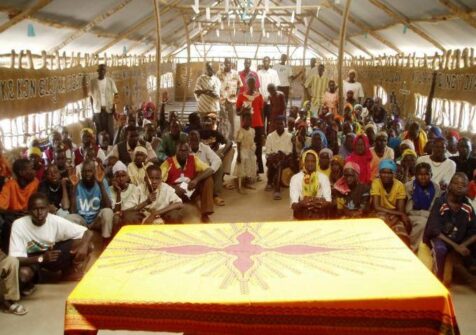 We have been operating a primary school at the parish centre since 2014. So far, around 250 grade eight students have graduated with a certificate. It is a tiny seed, but significant, considering that less than 1% of the county’s population have obtained a primary school certificate, a document as prestigious as a doctorate title in developed countries.
Due to the recent civil war, reconciliation between various ethnic groups has become an important task, not only for us, but for all the churches in South Sudan.

Work of reconciliation
The South Sudanese Catholic Bishops’ Conference has been having difficulty in reaching and gaining influence among warring parties since many bishoprics have been vacant. In addition, ethnic belonging is still a strong aspect of the identity of Catholics and of Christians in general, as is among church leaders. In this difficult tension between cultural and faith identity, the ecumenical South Sudan Council of Churches, of which the Catholic Church is a founding member, prepared a path towards national reconciliation.
In our parish, the war reached only the fringes of Fangak County, with the exception of its capital, New Fangak. Other areas have not been directly affected by battles or displacement. This has been the case, due to the isolation of the area, created by the Nile swamps, and thus lacking road connections. In our diocese, in whose territory much of the fighting and destruction took place, our parish is the only one that has not had to be closed in all these years. 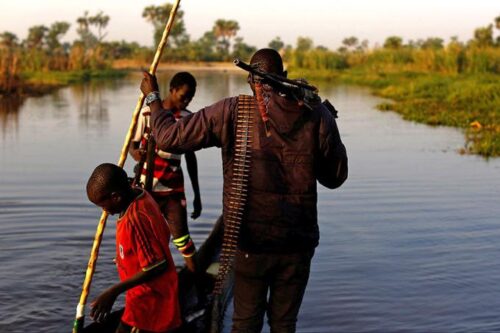 In all other parishes of Malakal Diocese, the work was stopped for several years. Still, every Nuer family of our parish has lost relatives in the war. Because the enemy breathes down their necks, but is still reassuringly far away, our work of reconciliation looks different from a parish with mixed hostile groups.
Our Nuer Catholics pray at Mass in the language of the Dinka as a sign for national reconciliation. At the local level of clan conflict, traditional reconciliation goes hand in hand with Christian prayer. Our active parishioners are noticeably less violent than the average Nuer. The ecclesial life is like a shelter where a new, peaceful lifestyle is maintained. The Catholic Church is known and loved for the fact that differences of opinion are settled without violence.
In contrast to traditional festivals and gatherings, weapons and alcohol are not allowed on church grounds. Anyone interested in this ‘alternative lifestyle’ can join us. A traditional feast often runs the risk of ending in bloodshed because youth (men) injure or kill each other. Either a previous attack needs to be revenged or a new dispute is started under the influence of alcohol.
Furthermore, in our sermons and conversations, we shape the idea of inviolable human dignity because every person is an image of God. The word dignity cannot be adequately translated into Nuer. As an illustration, we explain that everyone must respect other persons deeply, even if they are women or strangers of another tribe. The stories of Jesus in the Gospels help to underline that message. In South Sudan, there is no secular society. 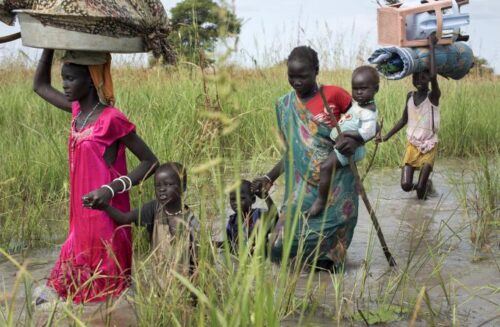 Therefore, international peace programmes, which always appeal to reason and emphasize human rights, have little effect on the ground because they do not understand the dynamics of people’s ethnic and religious identities, or they negate them.
As missionaries, we make the Gospel known to our listeners. A disciple of Jesus is called to imitate the Father and love the neighbour, even the enemy. It is about a change of mentality so that it is no longer the ethnicity or the clan which defines whom one can or cannot trust. The Gospel and the Bible clearly show what constitutes a just, honest person. This should be the benchmark for building a just and peaceful society.
A peaceful and conciliatory attitude is the strength of the Church and the missionaries. We live with ‘our’ people and suffer with them. Jesus Christ changed and converted people by loving concretely and making Himself the servant of all. We missionaries strive to learn language and culture, and walk their paths both literally and figuratively.
People honour this, and they are ready to open themselves to the perspective of the Gospel because we have opened ourselves to their perspective. Patience is needed. Jesus explains that the Kingdom of God grows like a tree, slowly but steadily.