Environmental degradation will make the planet face up to challenges unknown until now. As a consequence of the deterioration of the environment, Africa is experiencing the phenomenon of climate-driven migration.

Africa is currently home to more than 1.3 billion people, a figure that could double by 2050, according to UN forecasts. The African population is mainly living in a context of social inequality, with worrying indicators about gender equality, access to health and education. The expected population growth implies the need for a larger quantity of food. 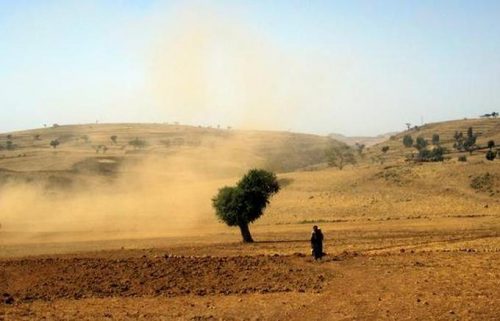 According to an FAO study on the incidence of climate change on agricultural production, this is expected to decline in different areas of the world, particularly in Africa. Furthermore, land grabbing practices for non-food uses, which contribute to environmental degradation, are on the rise in Africa, while more agricultural land is needed.

Water and soil
Food is and will be an even more critical issue as the population grows. Agriculture and livestock require water that, in some African regions, especially in the Sahel, is scarce. The dams that have been built to facilitate the irrigation of certain crops, sometimes prevent the natural processes of seasonal flooding of wetlands, affecting inland fishing and livestock grazing. This is happening in such countries as Mali and Senegal. It is commonly believed that there is high availability of arable land in Africa, but potential new crops affect ecosystems, and deforestation exposes the soil to high temperatures which break down the organic matter and make the soils vulnerable to erosion. The productivity of these new arable lands, in areas that were previously forested, declines after a few decades of agricultural exploitation. 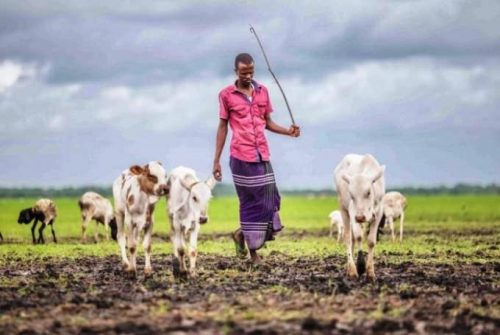 The occupation and conversion of these lands must also be considered under several aspects. Those lands destined for cotton farming are increasing in Africa, but cotton is not intended to create a local textile industry, since it is destined for export. The oil palm provides biodiesel and oil for domestic consumption and various energy uses. Its cultivation is spreading in large areas, which is causing the usual degradation of the soil, in addition to the expansion of the Palm weevil disease which infests and kills palms.
But climate change does not only affect agriculture in the African continent. Fishing in Africa, whether in rivers, lakes, or in the sea, employs mainly artisanal techniques. The a fore-mentioned alterations in rivers and wetlands, or those that climate change will likely cause, will affect these activities. Millions of Africans depend on fish caught by local fishermen (more than half a million people live on artisanal fishing in Senegal), but as a consequence of over fishing by the European or other foreign fleets, stocks are further decreasing. 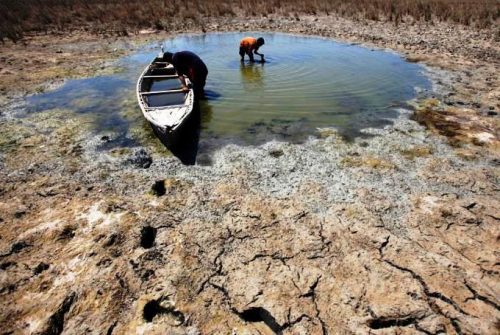 Local fishermen are now forced to fish further out to sea because the accessibility to stocks close the coast is diminishing. Mining is another threat to African resources; mining activities in fact destroy soil, pollute waters and, in some cases, leave ditches of sterile rock that usually leak contaminated water, with the consequent risk of breakage and toxic spills. Many raw materials, such as copper, bauxite, gold, coltan or the increasingly popular rare earth metals are extracted in Africa, and Nigeria and Algeria are the two main suppliers of oil and gas in the continent. Oil extraction in Nigeria has caused extreme environmental degradation in the Niger Delta and in the Gulf of Guinea.
In many African countries, energy is obtained by burning firewood and other biomass fuels, generating significant deforestation. Petroleum-exporting countries, such as Nigeria, do not have refineries, so they must import the petroleum products they consume. European and Chinese companies acquire – legally or otherwise – huge tracts of land in many African countries to grow crops for agro-fuels such as oil palm and other crops like cassava, which would appear as sources of agro-fuels. These crops are being grown at the cost of food crops, which that continent needs because dying of starvation and hunger is still a stark reality for the African population.

Consequences of climate change.
According to the Intergovernmental Panel on Climate Change (IPCC), the projected minimum temperature is expected to increase by more than 2 °C above the 1981–2000 average by the end of 21st century. An increase in temperature would affect evaporation. Basically, the higher the temperature the higher the rate of evaporation and as a consequence there is less water on the earth’s surface. The Inner Niger Delta is the inland delta  of the Niger River. It is an area of fluvial wetlands, lakes and floodplains in the semi-arid Sahel area of central Mali, just south of the Sahara desert. This food zone covers 50,000 Km². 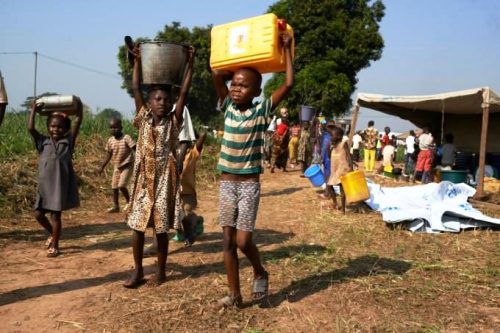 During the wet season, which lasts from July to September the swamp floods into a lake and naturally irrigates the land.  When the dry season comes, the Inner Niger Delta area turns into a network of lakes and channels. Cattle, pearl millet, and rice are its important agricultural products. The area of inland delta also provides water and fish for the several million people living there.
To the east of the Inner Niger Delta there is Lake Chad, also in the north of the Sahel. Over the last fifty years the area of Lake Chad has reduced drastically leading to significant imbalances resulting in an increased vulnerability of the hydro- socio-ecosystem with multiple results also affecting fishermen and ranchers living in that area. The difficult situation has also caused tensions and clashes between the groups that live in the area around the lake. A tree-planting project has been proposed in order to slow down the process of desertification.  Fast-growing trees, mainly eucalyptus, could be planted in the area between the Sahara and the Sahel.

Greenhouse gas
According to a new study, global sea levels are set to rise dramatically even if the strictest greenhouse gas emissions targets are met.  Researchers say oceans will rise by over one metre even if the world sticks to the Paris agreement, adding that if emissions are not curbed as soon as possible the rise will be even greater. The sea level rise would deteriorate the coasts, for example in mangrove areas, which are a source for the marine fauna development, and which also constitute a barrier for the population living close to the sea.
A rise in sea levels also implies the salinization of fresh groundwater in coastal aquifers affecting agricultural areas such as the Nile Delta or coastal cities like Lagos (Nigeria), where 15 million people live and where oil pollution is also a serious issue.

Environmental migrants
Today climate-driven migration is a phenomenon that occurs in several corners of the planet, but the poorest regions of the global South, such as the African continent, are those where the number of climate migrants is the highest. This is a clear example of climate injustice since Africa is responsible only for 7% of total greenhouse gas emissions. In different regions of Africa, climate-driven migration is already a reality and the numbers of environmental migrants is expected to increase. 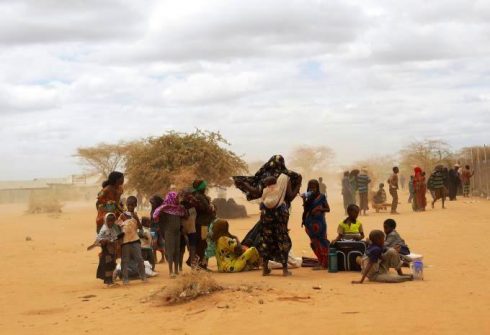 According to the new World Bank report “Groundswell”, published in 2018, more than 86 million people  are expected to move within their countries’ borders by 2050 in the African continent due to environmental changes. In the Sahel and the Gulf of Guinea, the periodic effects of droughts and variations in rainfall patterns have influenced the migration of rural populations.
Climate change is one of the main causes of human migration. Climate-driven migration is an even more evident reality in Africa where the most vulnerable people are the most affected.
Emilio Menéndez – Marina Tortosa García de Ceca