Two scenarios seem analogous. But if both are characterized by long years of involvement of foreign troops in countries with weak and unstable governments, the Jihadist groups active in the Sahel do not have the deep roots and experience of the Taliban. And the French will not completely abandon that territory.

The dramatic consequences of the withdrawal of the troops of Washington from Afghanistan are being followed by a mixture of trepidation and joy thousands of kilometres away in the African region of the Sahel where another foreign power, France, has shown its willingness to end its long drawn out counter-insurgency operation, at least in its present form.
In examining the points both conflicts have in common, it is immediately obvious that both are characterised by Islamic ideology and many long years of involvement by foreign troops in countries with weak and unstable governments. 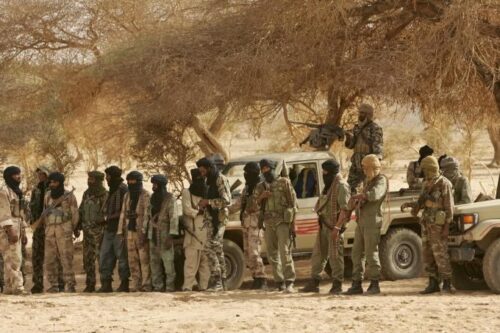 It is also true that the Afghan scenario could repeat itself in a country like Mali affected by endemic corruption, strong political polarisation and the fragility of its armed forces. The idea is not so far-fetched which says that in the near future Mali may be dominated by Jihadists, like what was happening at the beginning of 2013 when, with all speed, the then French President François Hollande launched Operation Serval to provide providential military and logistic aid to the Malian armed forces.
It is equally undeniable that the Taleban movement emerged in September 1994, guided by the Mullah Mohammed Omar, in the middle of the civil war that started in 1992. After taking control of Kandahar, the students of the Koran rode the waves of their initial successes and, in a matter of two years, succeeded in conquering Kabul, after they had stormed Jalalabad and Herat. An operator from SOF Task Force Takuba coordinates an airstrike with a French Mirage jet in the Sahel.

A more or less analogous view identifies the Somali extremists of al-Shabaab, initially affiliated to the Islamic courts that sprang up in the summer of 2006 to restore order and peace to the Horn of Africa, at the end of a devastating civil war that started in 1991. The Islamist group gained some popular legitimacy when the Ethiopian troops invaded their country in December 2006, under pressure from the transitional Somali Federal Government. Al-Shabaab took the leadership of the anti-Ethiopian muqawama (resistance) and, from early 2007 to the second half of 2010, took control of a large part of Somali territory.

The substantial differences
The differences between the two scenarios are now clearer since the myriad of Jihadist groups active in the Sahel do not have the deep roots and experience of the Taleban who, already in the second half of the nineties held power in Afghanistan. Furthermore, the violent extremism in the Sahel is not about the territory of a single state but large peripheral areas that for at least a decade have been the object of incessant decomposition and re-composition. 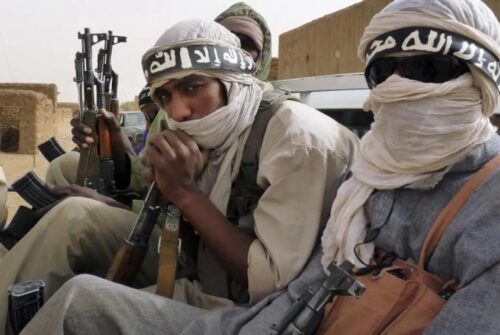 When comparing the two crisis areas, reference was made to the imminent end to the Barkhane military operation in the Sahel, which was announced on 10 June last by French President Emmanuel Macron, ignoring the fact that the Barkhane which, on the first of August 2014, integrated Serval into Mali and the Épervier into Chad, will not allow a total and definitive withdrawal as happened in Afghanistan.
The French contingent which now numbers 5,100 men deployed between Mali, Niger and Chad, ought to be reduced by 40%, diminishing the French involvement to around 2,500 units. At the same time, the 500 commandos of the special French forces of the Task Force Sabre will continue to hunt down terrorists affiliated to al-Qaida and the Islamic State. France will remain in charge of the new contingent of European Interforces, Takuba (in the local Tuareg language means ‘sword’), which on 2 April last, became operative with the participation of almost a dozen European countries including Estonia, Italy, Denmark and Norway.

Increase of 33% in Islamist violence in the Sahel
In Macron practice, rather than withdrawing from the Sahel, he is trying to create a strategy that can halt the Jihadist insurgency in the vast desert region which, since mid- 2016, has caused the most dramatic escalation of violence in Africa. Proof of this is the new report published by the Centre for Strategic Studies with its headquarters in Washington. In the last twelve months, it has recorded an increase of 33% in Islamist violence in the Sahel.
In this regard, there is another analogy with what is now happening in Afghanistan: the bloody attacks on civilians being carried out by ISIS-K, the Afghan flank of Islamic State active in the province of Khorasan, can only favour the Taliban. In the same way, the brutal attacks and the raids on entire villages perpetrated by Islamic State in Great Sahara (Isgs) make the JNIM less extreme and more ‘moderate’ in the eyes of the local population.
The same is true for the Jama’atu Ahlis Sunna Lidda’Awati wal-Jihad (Jas), one of the two factions of Boko Haram, which until three months ago was led by the now defunct Abubakar Shekau, sadly noted for the civilian massacres inside mosques and crowded markets in the north-east of Nigeria.
This is a much more radical approach than that adopted by Islamic State West Africa Province (Iswap), which caused a considerable loss in consensus and possible adherence to the Jas faction.
On the contrary, the ostensible attention of Iswap to the needs of the population in territories under its control has helped to reinforce its popularity. Even though the local communities are well aware that, though it concentrates its attacks on military targets, Iswap can  inflict collateral damage on civilians as well.
In conclusion, there is another quite disturbing similarity that both crisis scenarios have in common. A similarity that derives from the patience and tenacity with which the Taliban continued to fight the Americans, knowing that, in the end, they would have prevailed over their enemy. It is that same patience and tenacity being demonstrated by the militant extremists active in the Sahel, who seem ready to wait and wear down the foreign forces convinced that, in the end, they will leave.