The Miguel Agustín Pro Juarez Human Rights Centre (Centro ProDH),founded by the Jesuits, is celebrating its 30th year. A path in defence of human rights especially in the most disadvantaged sectors in Mexico. Father Jesús Maldonado, founder of the Centre
tell us its story.

During these 30 years we have been accompanying many of those men and women who have suffered violations of their rights, unjust trials and imprisonments. People who have been tortured, who have been separated from their families and friends and who have lost years of their life. We have been supporting people who tirelessly search for their loved ones, as well as communities that fight to defend their lands.
In the first years of our activity we joined with other groups in order to create a solid front in a new field of social struggle, which was beginning to develop in Mexico. It is interesting to note that the National Human Rights Commission did not exist before 1989. 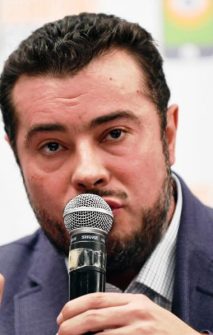 The Zapatist uprising, which started in San Cristobal de las Casas, Chiapas and spread throughout a dozen other cities, broke out on January 1, 1994, on the very day the North American Free Trade Agreement took effect. The TV showed hundreds of thousands of people wearing masks over their face and rising up against the Mexican state to demand social justice for Mexico’s impoverished indigenous peoples. The Miguel Agustín Pro Juarez Human Rights Centre (Centro Prodh), decided to ‘assume the defence of the alleged Zapatistas, as a contribution to peace, in order to favour the end of the crisis’. Shortly thereafter, the Aguas Blancas and El Charco massacres occurred in which 17 farmers were killed and 23 seriously injured by the police.Over the years, we have been accompanying indigenous and peasant communities victims of indiscriminate mining and logging activities that have damaged their forests, rivers and lagoons. Throughout three decades we have denounced the abuse of injustices and arbitrary national trials and, through advocacy at the international level, we have claimed the respect of human rights and proposed structural changes in the field of justice.
The Centro ProDH has carried out its social struggle over 30 years through different ways: in courts, through national and international petitions, by joining with many other groups also committed to defending human rights. We, as an independent group but at the same time also linked to many other institutions of civil society, try to create a society where justice is a reality. The ProDH Centre, which tried to strengthen its relationship with the then Human Rights Council of the United Nations and other human rights groups had already been established when the Zapatist rebellion broke out.

Two emblematic cases
In May 1999, Rodolfo Montiel and Teodoro Cabera, founders and members of the Organization of Ecological Peasants of Sierra de Petatlán and Coyuca de Catalán, were arrested by members of the Mexican Army’s 40th Infantry Battalion in Pizotla, Guerrero. They fought to stop the vast and often illegal denuding of the forests of the Sierra de Petatlan in the 1990s. They blocked roads that logging companies used and staged disruptive demonstrations. 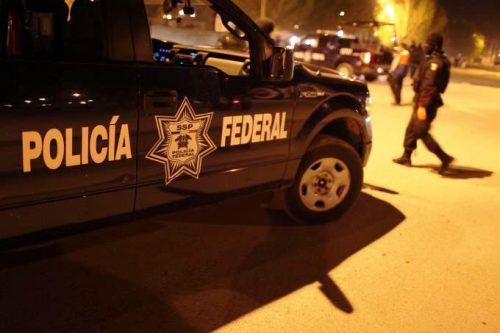 They were illegally held in military custody for five days, during which time they were tortured and forced to sign blank pieces of paper later submitted at their trials as confessions to drug and weapons crimes. The ProDH took the case to the UN.
In July 2000, Mexico’s own National Human Rights Commission (CNDH) concluded that Montiel and Cabrera had been illegally detained and tortured by soldiers and were released in 2001. The ProDH Centre’s defence strategy was defined schematically in: legal actions, trainings, dissemination of information, advocacy, and international activism.

The Support of the Company of Jesus
The Company of Jesus has always provided the ProDH with institutional support when requested, this has characterized the work for human rights by the Jesuits in Mexico.
Since 1994, emblematic cases were reported, by this I mean cases that always showed a specific behaviour by the State. These cases were taken to international institutions and led to structural changes in the practice and politics of human rights. One of the most emblematic was the case that was defined the case of ‘the ecologist peasants, Alberta, Jacinta and Teresa, the women of Atenco’.

The Atenco case
This case was taken to international institutions. The ‘Miguel Agustín Pro Juárez’ Human Rights Centre, and other human rights organizations requested the urgent intervention of the World Organisation Against Torture (OMCT ) concerning the events in the village of San Salvador de Atenco, municipality of Texcoco, in Mexico State: several of the persons who remained in custody in the ‘Santiaguito’ Centre for Penal Readaptation in Almoloya de Juárez, in the same State, were victims of severe aggression, including sexual abuse.

Ñhἂ-Nhu indigenous women
Jacinta Francisco Marcial, Alberta Alcántara Cornelio and Teresa González Cornelio are Ñhἂ-Nhu indigenous from the town of Santiago Mexquititlán, municipality of Amealco de Bonfil, Querétaro. They speak one of the nine variants of the Otomí language spoken in Mexico. They were among the protesters when in April 2006 the Mexican Government evicted a group of florists from a market in order to carry out a development plan. This operation involved excessive use of force, which provoked an outburst of community support including acts of civil disobedience; in particular, the blocking of a federal highway. In response, in May 2006, the government of the Mexican State, sent more than 2,000 police agents to remove the blockade. 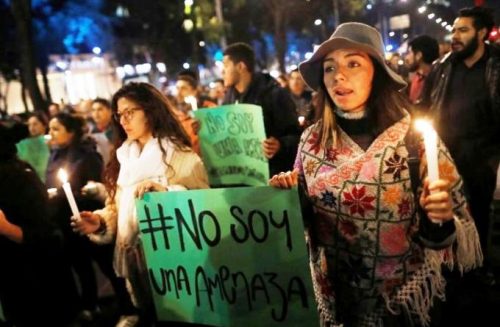 The police killed two people, including a 14 year old boy, and arbitrarily detained more than 200. Several women gave harrowing accounts in live testimony of being subjected to violence, including sexual violence. Police officers beat and raped protestors. For a decade these women have been unable to find justice in Mexico: domestic proceedings brought at the federal and state levels were thwarted; criminal investigations were deficient, plagued with delays, and brought for the wrong offenses: Jacinta Francisco Marcial, Alberta Alcántara Cornelio and Teresa González Cornelio were charged with kidnapping. Their knowledge of Spanish was scarce but no interpreter was called to assist them. In April 2008 eleven of the women, who suffered abuses during the 2006 events, decided to seek justice from the Inter-American Commission of Human Rights. The women had the support of several non- governmental organisations, including the Miguel Agustín Pro Juárez Human Rights Centre (ProDH Centre). The petitioners alleged incidents of sexual violence, claiming that it constituted a form of discrimination, and various other forms of physical, verbal, and psychological abuse. 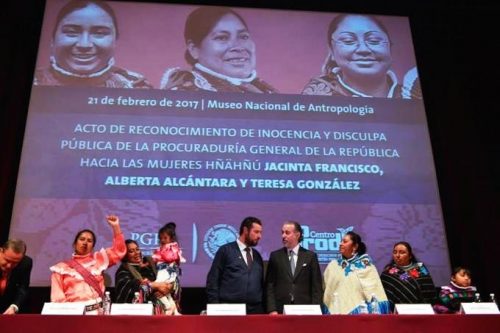 They claimed that the Mexican State was responsible for violating human rights. In 2017, in what is considered an historic decision, Mexico’s Supreme Court of Justice determined that legal social protest that took place in Atenco in 2006 had been treated as a crime, and ordered the release of the 12 people still in prison. The Supreme Court was blunt: the prisoners had been convicted without evidence. On that occasion, teacher Estela said those words we have chosen to mark the 30th anniversary of ProDH: ‘Until dignity becomes the custom’. During these years, the Centre has also trained  300 judges and about 4000 promoters of human rights.

Insecurity under Enrique Peña Nieto
Mexico ranks as the world’s third most violent country and it is considered just as dangerous to visit as Syria and Iraq. Organized crime has infiltrated regional and national political life. According to the National Human Rights Commission (CNDH) only 1 to 2 percent of crimes are punished in Mexico. Forced disappearance is an ongoing crime under the government of Enrique Peña. The women, who are members of the ‘Collectives of Families of the Disappeared’, continue in an admirable and tireless way the search for their loved ones throughout the country. At least three people are reported missing everyday in the state of Veracruz. The tragic case of the missing students from Ayotzinapa is perhaps the best known outside Mexico. 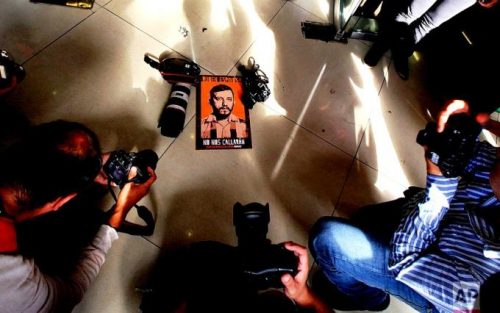 Today we are experiencing what is probably the deepest national crisis because of impunity, corruption, macro crime and widespread violations of human rights. At the same time, one can see glimpses of hope, thanks to those who fight for the truth and justice that Mexico so badly needs. In this difficult context, the great challenge of the ProDH Centre is to be able to face this reality and respond to the needs of the victims.
In this centre we seek justice and truth for the causes that we accompany, and also try to promote fundamental changes in the institutions and in society.