The Balkans and central Eastern Europe are experiencing the most serious and sudden drop in population in the world. Actually, for more than twenty years, the birth rates have been constantly declining and have recently reached the critical threshold which, according to experts, may not guarantee generational replacement.

The factors which determine this change are many, but among them, the high rate of emigration of young women of a fertile age, stands out. This phenomenon is causing an upheaval also in terms of ethnic composition, as shown by studies carried out by the most prestigious demographic centres and institutes of research regarding Romania, Bulgaria, Serbia and Bosnia-Herzegovina, as well as Hungary and Slovakia. It is understood from these studies, in fact, that while the autochthonous population continues to show a marked decline, the Romani are the only ethnic group excepted from this decrease; instead their population is growing and, in a few decades, may become the majority in the area. 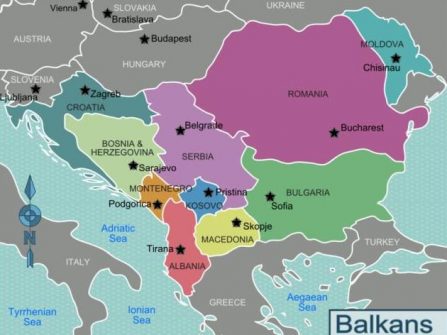 This phenomenon, apart from rewriting the ethnic composition of the Balkans due to the disappearance of whole peoples, could generate consequences of a political nature, both within the individual countries and also within the regional order. This is due to the high degree of intolerance of the Rom community towards the status quo, and also by the way external actors have used the situation, actors who are concerned with exploiting ethnic divisions in order to broaden their sphere of influence. In this regard, we may consider what Turkey is doing and its protagonism within the Rom community in Bulgaria where a recent operation by the local police brought to light a Rom terrorist circle, radicalised by preachers in the pay of Ankara. Tens of them have also fought in Syria in the ranks of the Islamic State.
It is not only Turkey, but also India which, as the guarantor of the protection of European Romani, may take advantage of this in order to extend its range of action in the area.
At present, it is difficult to estimate the numbers of Romani present in the area since there is no agreement between the censuses carried out by the institutions and the data gathered by research centres using studies carried out in the field. In this respect, we may take the example of Romania where the census calculated 600,000, while studies made in the field counted between three and four million people. 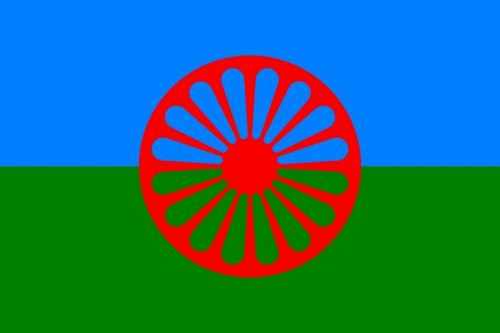 A large part of the Romani people trace their roots back to a people who spoke a popular form of Sanskrit and who, in around 1000 AD left the Indus delta to migrate towards Europe. Among them there were experts in metalwork. Others, instead, are descendants of a Christian people who came from Thrace. In the view of some experts, the name ‘Gypsy’ – from the Greek ‘tsinganoi’, the untouchables – by which all the nomads of Europe, from Romania to Portugal, were called, may be directly associated with the Pariah, members of the lowest Indian caste, those without a caste, those who were untouchable due to their social condition. For the next four centuries, after 1000 AD, they settled in many European countries, starting with the Balkans, adapting their economy and rhythm of life according to the possibilities of the countries in which they lived.
After the Ottoman invasions, in the XIV and XV centuries, the Romani were involved directly in the invasions, mainly as auxiliary soldiers or artisans at the service of the army. 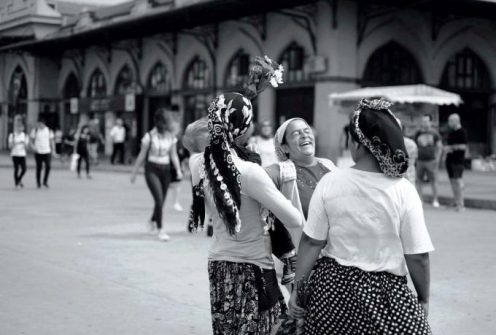 According to some estimates, in the XVI and XVII centuries, between 15,000 and 20,000 ‘gypsies’ were recruited into the Ottoman army in various capacities, serving both as real infantry and in auxiliary service. The Romani community, however, did not live in isolation from their historical and cultural ambient; quite the opposite, it was an integral part of it and was strongly influenced by the customs of the local peoples. From the point of view of religion, the facts show that, in the XV and XVI centuries, the majority of Romani followed the Christian faith and were distinguished from those of the Muslim faith only by the fact that they had to pay higher taxes than them.
For centuries, a considerable number of Romani remained in the Balkans; the rest emigrated throughout the world bringing with them the cultural and traditional models of the Balkans. There is therefore no doubt that, also the Ottoman Empire, which dominated the Balkans for more than five centuries, effectively influencing the culture and religion of the location, played a fundamental role in the process of formation and development of the Romani people. After the fall of the Ottoman Empire, the Romani remained settled within the confines of the Balkans and, from then on, their historical destiny and their evolution were subject to the influences of the country where they lived. Nevertheless, the inheritance left by the Ottoman Empire was still present in various ways, both ethnic and religious. 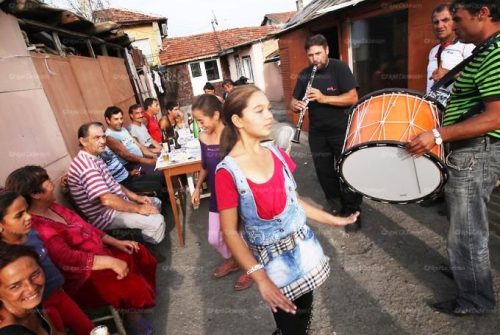 Today, unlike in those times, the Romani live in the precarious condition of complete social marginalisation. Their communities actually live within peripheral areas which we may undoubtedly define as real ethnic enclaves, with little access to basic services such as education and health and where infant mortality rates are high. These factors, together with a short life expectancy, endemic poverty and illiteracy that shackle this minority, partly explain the overall high birth rate of over three children for each woman, completely overturning the tendency towards the decrease in population recorded among the autochthonous population. According to data supplied by the United Nations and the World Bank, Bosnia-Herzegovina, Bulgaria, Croatia, Romania and Serbia have an average fertility rate of 1.4 children for each woman, that is, 0.7 points less than the 2.1 required to guarantee generational replacement. In particular, by the year 2050, the populations of Bulgaria, Romania and Serbia will decline by more than 15%, and by the year 2100, their populations will decline from 7,128,000 to 3,400,000, from 19,600,000 to 11,700,000 and from 7,057,000 to 5,330,000 respectively. For more than twenty years, in fact, the birth rate has been in constant decline and recently reached the critical threshold of nine births per thousand of the population. The phenomenon, which extends also to Eastern Europe, includes Slovakia and Hungary and, between the years 2040 and 2060, the Romani population may become the most numerous and establish itself as the first ethnic group, to the detriment of the autochthonous population. (F.R.)