Changes go very fast. There are many agents responsible for these changes. The first is the government and its laws and programmes of development, which in a society that had been regulating itself by ancestral traditions, has a tremendous impact.

The Gumuz have been living so far on their primitive farming of ‘slash and burn’, scratching the ground with a little hoe and trusting the seeds to the generous earth, gathering wild produce in the forest. They had as much land as they wanted. But now the government is concentrating them in large villages along some main roads and giving them a limited piece of land and leasing the rest to national or foreign investors or those who cultivate with modern machinery.
At the same time, other ethnic groups, more dynamic and with more advanced methods of agriculture, like de Agaw, have been settling little by little among them. The result is that the land, which has been theirs since time immemorial, is slipping out of Gumuz hands. Besides this, more intensive cultivation, whether by them or by others, brings deforestation, which has negative consequences, such as less rains, less land available for hunting, fishing, honey-making, the gathering of wild-growing produce. The continual loss of land is the main reason for mounting tension with their neighbours with the corresponding killings. 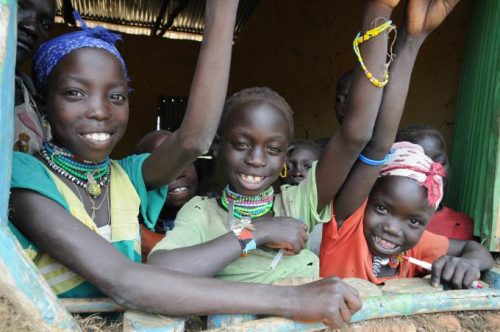 Other factors of change come from the exposure to the styles of life which circulate in the globalized world and which have also reached the Gumuz. A loud radio can be heard in the most remote corner of the bush and a solar panel can be seen on the roof of more than one grass house where people go to charge their mobiles. In bigger centres, you can see the TV and films of every kind, mainly those of violence. Boys and girls want to dress or have a haircut in the fashion of their idols, a singer, a football player.
With the recent concentration of villages, the majority of the Gumuz people of Metekel live along the road which leads to the Great Renaisance Dam on the border with Sudan. Traffic drastically intensified since the construction of the dam, began in 2011, and the small towns saw hotels, restaurants, garages, tolerance houses, multiplying. The Gumuz could not help but be affected by all these novelties and they gradually feel more uncomfortable in their traditional habits of life.
Also religion has become as agent of change. The Gumuz have been in contact with Islam and Christianity since the long distant past. In fact, all of the other bordering ethnic groups are either Muslims or members of the Ethiopian Orthodox Church. 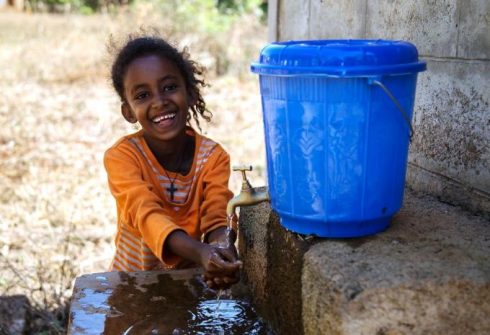 The Gumuz naturally refer to these two large groups, but, since they did not systematically instruct people in their faith, they did not have any deep impact on the culture or even religion of the Gumuz. The identification of the Gumuz with these two religions is reduced to celebrate either the four annual feasts of the Muslims or those of the Christians, officially recognized by the government. With the arrival of the Protestants and Catholics, things changed quite radically, because they teach a faith and a morality that asks for an effective change of life. In fact, people are invited to abandon the anti-values while preserving the values. Marriage by exchange, kidnap, conflict resolution by bloodshed, are not values to be kept. Instead, the sense of equality, democratic decision-making, the relatively equal rights for men and women, equal distribution of domestic tasks, no discrimination against specific categories of people, these are all values that are traditional to Gumuz society and must be preserved.