But who is Rodrigo Duterte? A person with a judgemental mentality, partly due to his previous profession as a prosecutor, 74 years old and with a deserved reputation as a womaniser, despite being married with four children.

For 24 years – 1998 to 2016 – Rodrigo Duterte, with firmness and almost without interruption, was mayor of Davao, the second largest city in the Philippines. He did so following his own principles and claims, but at great cost. The fight against organised crime, operated for years by armed bands which he denied ever organising but whose work he openly appreciated, resulted in making the city one of the most secure in the country. This came at the cost of more than a thousand deaths between 1998 and 2008, of street children and squatters, often abandoned in city landfills, and who were often not found, despite searches and reports by family members. 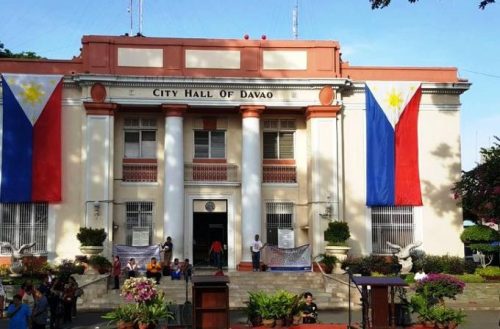 His trial of strength with human rights groups and also with sectors of the local Church had brought to light a situation that was intolerable even for the passive Filipinos and, in time, the wave of repression against the urban poor, pushers and drug users and local gangs became more moderate. This hinterland was to become an asset during the electoral campaign. The champion of order won the presidency by a landslide, proposing an electoral programme that proposed for the whole country an extended version of the Davao experience and 100,000 victims among criminals if they did not change their ways. These claims stirred up great fear but even more agreement, leaving aside other aspects of his project for the country.
An advocate of federalism, his proposal is one of “devolution” which would enable the redistribution of resources. His economic plan in favour of the poor implies greater disbursements by the central administration towards the periphery but not an increase in tax on income. To ensure adequate resources, there will be incentives for foreign investment with an end to ownership limits for non-Filipinos.
On the international scene, Rodrigo Duterte is the only candidate to have deviated from the priority of the alliance with the United States – increased in recent years to confront Chinese pretensions in the maritime areas off the coast of the Philippines – and to propose a relationship with China based on the sharing of interests and resources. This, too, is a sign, as it is for other totalitarian governments of the region, that the failed countermeasures requested by Beijing regarding human rights and democracy are still fascinating for those who administer the archipelago. 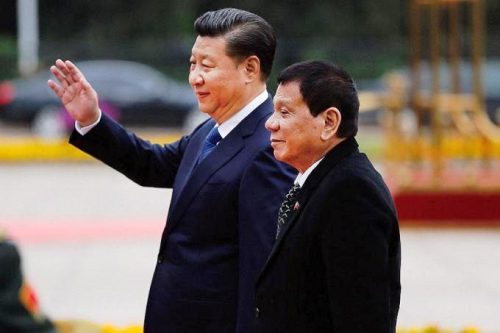 It is precisely the relations with Beijing that constitute a topic for debate and discord, both within the country and in its foreign relations. To Chinese pressure in the South China Sea, Manila is responding with a limited rearmament and a strategy that involves its ally the United States, but also greater military reliance on Japan. The situation brings periodical tensions which, as happened in the past, could lead to armed conflict. It would be limited but nonetheless harmful in a vital area of the planet through which goods worth five billion dollars pass each year.
However, beyond the skirmishes and the claims, relations are still not just active but consistent, the heirs to ever-present intense transit and trade and, in our age, to about forty years of commercial business treaties.Heightened fears of difficulties derived from the Asian giant that would result in repercussions of tsunami proportions striking many nations south and south-east Asia, are well established in Manila. Nevertheless, the Philippines has at least two factors in its favour. 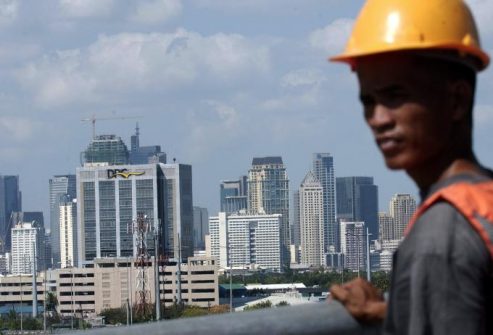 The first is that its constant economic growth is fuelled mostly by a recovery in internal demand and by foreign investments. The Chinese of the continent are active in the sector of support to development and in international commercial exchange (in 2014 it reached 40.5 billion dollars, growing by a factor of 560 in the last forty years), and of tourism. Growth is much lower in the production sectors in which they are outclassed by the Japanese, the South Koreans, the Singaporeans and the Taiwanese, not to mention western interests attracted by renewed relations of cooperation with the USA.
The second comes from the traditional lifebelt of emigration. Income from the ten million Filipinos working abroad amounts to 8.5 % of GDP and is constantly above the 2014 figure of 26.93 billion dollars.
The improvement in the economic situation, with an increase of 6.7% in GDP in 2017, places the country in a better position than that of others to face problems that may arise from a serious Chinese crisis. This achievement, differing from year to year, has been helped by an increase in public spending and its general situation places the country at risk from of being even more at the mercy of foreign markets. (S.V.)