China may certainly be described as the more relevant protagonist in this change, finding itself having to try to contain America
for the purpose of halting (or slowing) the progress
of the Empire of the Centre.

The economic power developed in recent years by the Chinese colossus is supported by a series of strategic infrastructure projects aimed at accompanying, protecting and growing the capacity of the country for expansion. Among these is doubtless the grand project called the New Silk Road, by land and by sea, thought out by Peking, with the main objective of bringing China closer to the rest of the Eurasian continental mass, as well as developing the hinterland areas that have remained behind by comparison with the coastal strip. It is without doubt that the implementation of such an ambitious project will have geopolitical repercussions of no little importance, considering that it aims at bringing Europe and Asia under one infrastructural profile, for the principal purpose of countering American repositioning in the Atlantic and Pacific Oceans. 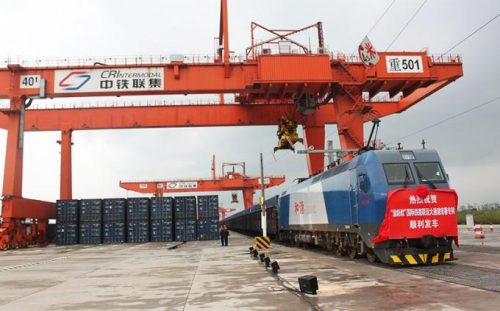 With reference to land connection infrastructure, since 2011, a railway line is foreseen connecting Chongqing to the city of Duisburg across the three emerging markets of Kazakhstan, Russia and Belarus. It is planned to add to this an 8,000 Km road system that will connect the port of Lianyungang (on the East China Sea) with St Petersburg by way of Xinjiang Uyghur, Almaty, southern Kazakhstan and Moscow. The opening of these important arteries of communication among the Asian steppes will reduce travelling time from Eastern China to Western Europe to ten days, from the fourteen days required using the Trans-Siberian Railway, or the forty-five days by sea through the Suez Canal.
It is clear that the opening of these connections would not only facilitate exchange between the continents but would also increase the volume substantially, and so favour greater economic, but also political, ties at the expense of the United States. 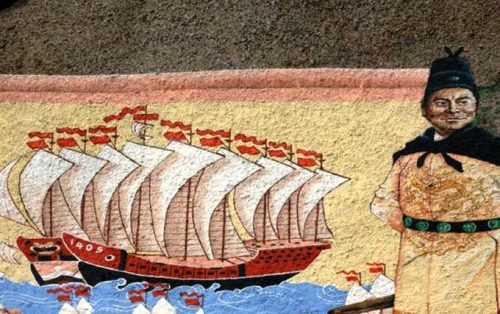 Apart from the Silk Road project, the Chinese government has, as anticipated, the ambition to revive the Silk Sea Route mentioned in the epic of the Chinese explorer Zheng He who, in the XV century, travelled the length and breadth the seas of the Indian Ocean and South-East Asia. The project aims at consolidating Chinese development, and giving more strategic depth to the position of economic domination that, in recent times, China has acquired in the maritime environment. To this end, the country is promoting a naval policy – also through the production of war material – something China had not done since the time of the Ming dynasty (1368-1644). This is designed to move beyond territorial waters while creating, at the same time, a security perimeter reaching the second line of the Marianne Islands, on one side, and securing the sea routes passing through the Indian Ocean and the South China Sea, places at present under the control of the United States, on the other. In this line, China has already begun to work on the route towards the Persian Gulf and Eastern Africa, through cooperation with nearby regional neighbours such as ASEAN.
At the same time it is carrying out what has been defined as the ‘pearl necklace strategy’, the construction of a network of ‘garrison ports’ along the vital Persian Gulf-China maritime route. This explains why Peking is working to reinforce its position in the China Sea and especially to consolidate relations with countries like Pakistan, Sri Lanka, Cambodia, Bangladesh, Myanmar and Thailand, all of which occupy strategic positions along the supply routes of the Indian Ocean. 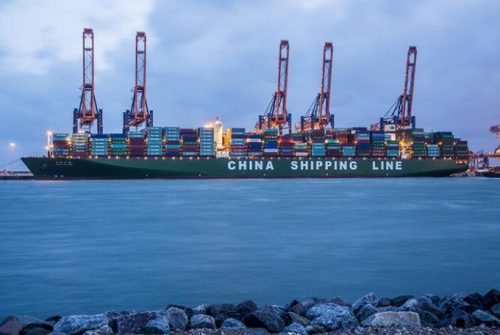 It is precisely through this close-knit web of partnerships and especially through massive investment to build the modern port of Gwadar in Pakistan and the modernisation of the port of Sittwe in Myanmar, that Peking is seeking to create new overland routes for the transport of goods to offer as alternatives to the Straits of Malacca which at present are a log jam impossible to defend against eventual action by the United States. Equally strategic is the project for the realisation (this also is still a work in progress) of the port of Colombo in Sri Lanka, to by-pass India, another historical and regional competitor, which is already placing obstacles in the way of Chinese economic expansion with the launch of the Mausam Project.
A further focal point occupying the attention of Peking is doubtless the South China Sea that divides the territory under the control of China from Indonesia, through which 45% of international maritime goods considered in tons passes, and the security of which is, for Peking, a necessary condition to guarantee the routes that pass through the Indian Ocean. This is a guarantee that can be concretely realised only through the effective control of each and every rock, island or atoll in this sector of the sea bordered also by Taiwan, the Philippines, Malaysia, Brunei, Indonesia, Singapore and Vietnam, almost all of which are strategic allies of the USA, with which Peking is in conflict, as it tries to bring them under its control. 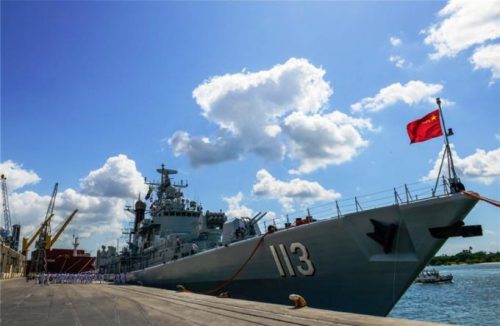 However, the Chinese port network is not confined only to the nearby Asian coasts. It also extends along the coasts that border the Indian Ocean, the coasts of West Africa and as far as those of the Mediterranean. In this context we find that, in Bagamoyo, in Tanzania, the Chinese are creating a port that will join up with the African ports constructed in Guinea, Ghana, Togo, Nigeria, Cameroon, Djibouti, South Africa and Egypt. We may refer also to the port of Piraeus, of strategic importance for shipments across the Mediterranean, where Chinese companies are almost exclusively the administrators.
In order to defend this maritime network that extends from the Pacific to the Atlantic, passing through the Indian Ocean and the Mediterranean, China understood that it must (as it is in fact doing) maintain military forces that can stand up to its great global rival: the United States. In so doing, Peking is obviously obliged to take into account certain geographic factors that penalise it, one of which is that of being a continental power surrounded by powerful neighbours, unlike the USA that is a maritime power surrounded by neighbours like Canada and Mexico which are certainly weaker or which, in any case, have no reason to abandon their strategic partnership. It is therefore clear that China needs to keep its guard up and to develop greater aggression both regionally and globally that will ensures continued control of those areas that may become vital for the development of its maritime economy. (F.R.)