In 1966, Guyana became independent of its mother country and joined the Commonwealth as an autonomous entity.

Legislative power was entrusted to an elected assembly composed of 35 members and, in 1970, the new Constitutional Charter was launched and the ‘Cooperative Republic of Guyana’ was proclaimed with Arthur Chung, judge of Chinese ancestry, as president. He was succeeded in 1973 by Burnham who worked to establish relations with Cuba, the People’s Republic of China, the USSR and the German Democratic Republic. Nevertheless, as a member of the Commonwealth, it was strongly influenced by the United States and the United Kingdom on the local political scene. That influence caused the country to develop a greater cultural affinity with the British islands of the Caribbean, with Suriname and French Guyana than with the rest of the southern region of the Americas. Furthermore, the various ethnic groups established in the country did nothing to help create a spirit of unity capable of reaching
a cultural synthesis. 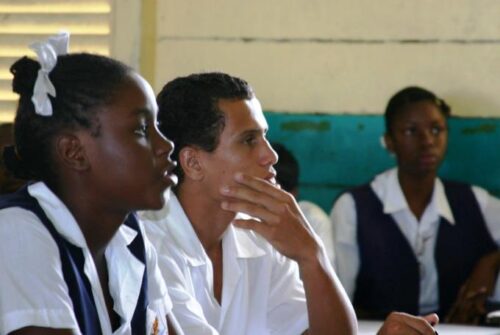 This caused Guyana to be isolated in the region. Nevertheless, during the past twenty years, there has been an about-turn in that ethnic groups which were formerly distinct tended to merge and the growth of politics which developed in the Latin American region due to the activities of such organisations as USAN that seeks the integration of the regional bloc. In fact, the construction of road infrastructure creating connections with other countries, the influence of Brazil and Venezuela and migration within the region have allowed Guyana to become more a part of the South American cultural context.
However, there is also an organisation that seeks to promote integration with the United States: Guyana USA which is based upon the large number of Guyanese, around 100,000, who possess dual citizenship and the Guyanese resident in the United States who number about 350,000, a number equal to about one-third of the entire population of Guyana.
The institutional profile of Guyana is a democratic republic with a semi-presidential system with the president as head of the government. Executive power is in the hands of the government while legislative power belongs both to the government and to the National Assembly. The president is elected indirectly and has the duty of appointing the prime minister. The president may not be removed except for reasons of health or flagrant violation of the constitution. On the other hand, he may dissolve the National Assembly. The prime minister leads the government under the control and coordination of the president. The Assembly has legislative power and representatives are elected by proportional representation in which 25 seats are allotted by preferences and the remaining 40 are reserved for members chosen by the parties and inserted into the blocked lists. 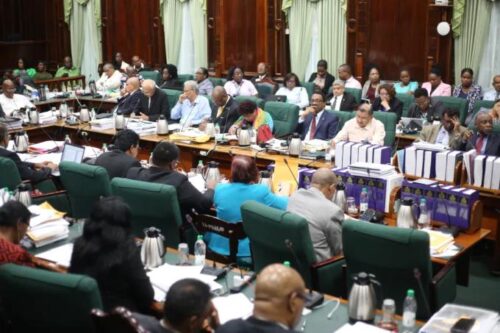 The independence of the motherland animated the political life of the country by means of the development of two already existing major parties that represented the two largest ethnic groups. Of these, the first and most important is the People’s Progressive Party (PPP) which was formed as an offshoot of the old Labour Party which adopted a Marxist orientation and was later supported by the Indian workers. In 1957, seven years after its formation, some dissidents broke away and formed the People’s National Congress (PNC) which was more open to private enterprise in the economy and was an expression of the African-Guyanese population who accused the PPP of implementing policies favourable to the sectors controlled by the Indian-Guyanese.
With its clear electoral advantage, the PNC dominated the local political scene from the early seventies to the end of the nineties but as the new millennium opened, the PPP assumed the government of the country. Nevertheless, it must be said that, while both parties have a socialist orientation, the real differences that separate them have to do with ethnic questions and the distribution of resources. The two ethnic groups are, in fact, divided between the two production sectors of the country with the population of Indian descent overseeing their interests in the plantations of sugar, coffee and rice while those of African descent and living in urban areas, oversee the interests of the mining sector. 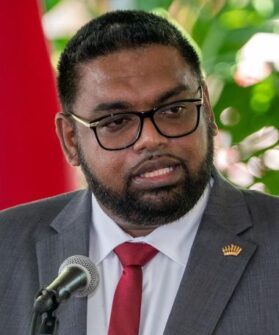 In March 2020, the country went to the polls and the result was a new rotation of power between the two most important parties. The outgoing President David Arthur Granger (PNC) was beaten by Mohamed Irfaan Ali of the PPP. The election was called following a 2018 vote of no confidence in President Ganger due to the doubtful relations between the state and the US oil company Exxon Mobil. Ali won the election after a recount of the votes which, after the first count, granted victory to David Granger. The recount followed accusations of fraud brought by the opposition, international observers and the Supreme Court of Guyana.
The victory of Mohamed Irfaan Ali represents a moment of special historical relevance since Ali is the first practising Muslim president to be head of a Latin American country. The new president will have to manage the unprecedented situation of an oil-related economic boom as well as the tensions between the two ethnic groups which could worsen due to the appropriation of profits. (F.R.)