Originally from the Argentine, Mons. José Luis Gerardo Ponce de León has for five years been Bishop of Manzini in the Kingdom of Eswatini, the former Swaziland. He shares his experience with us.

Before becoming Bishop of Manzini I had been appointed, in 2009, to the Apostolic Vicariate of Ingwavuma in South Africa, a diocese on the border with Mozambique. These are the two different nations where I lived: firstly in South Africa and, starting five years ago, in the Kingdom of Eswatini, formerly known as Swaziland. In both places I started in the same way. I didn’t know much about the area entrusted to me and so I decided to visit each and every community, great or small. Here in Eswatini there are 120. I came unannounced. I didn’t want the people to be there ‘because of the bishop’ but because of the Lord’s Day (Sunday). 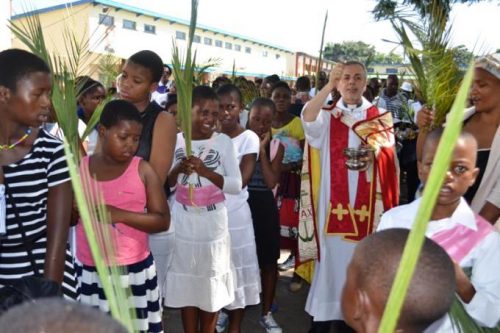 It was no simple matter for people to accept my manner of visiting them since they would have liked to welcome me differently. The impact was deeply felt since, in many places, it was the first time for the people to see the Bishop among them.
“Today, we are the cathedral”, they would say, smiling broadly. There were places where they were happy to see a new face among them but it never occurred to them that it belonged to the bishop.
The mission always involves going out to meet others and, especially those who do not feel worthy of such a visit. In fact, my episcopal motto: The Word Became Flesh has become a form of greeting in the diocese. Whereas people used to say: “Praised be Jesus Christ”, they have now begun to say: “Izwi laba yinyama” – The Word became flesh. And people would answer: “Lahlala phakathi kwethu” – And dwelt among us. 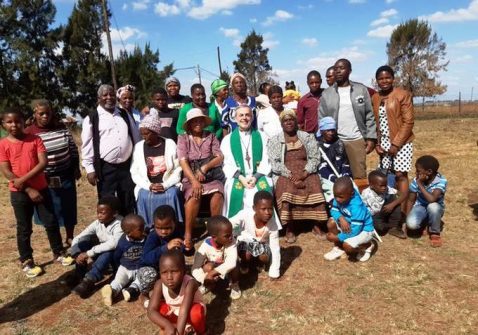 The diocese is witnessing to this encounter in fragility, with initiatives unique to this nation. Eswatini is the country with the highest percentage of AIDS sufferers in the world.  For the past twenty years, the diocese has been running a home for adults and children who are AIDS patients. First opened when AIDS was a death sentence, it accompanied many to the encounter with the Father. Today, instead, it is a place where they recover their dignity and return to their homes. The challenges lie in having them go back home where they always lived as well as they did with us. The care of the disabled (children, youths and adults) is another expression of this love that raises people up. A few weeks ago, a missionary of the Servants of Mary received an award for having introduced the use of braille for the education of the visually challenged. That man, who died a few years ago, often said to me: “I have managed to do a lot for the disabled but I never succeeded in changing the way their families and society see them”.  It is for this that our centres have become expressions of the love of the Father. 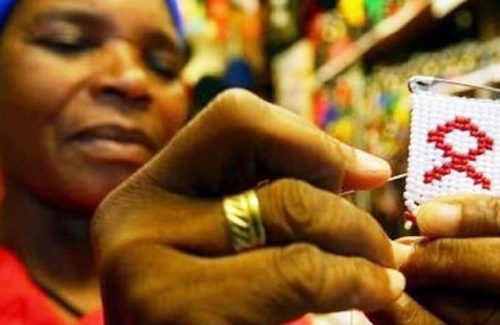 The situation of the refugees is a call to look beyond our own little world where we are tempted to close ourselves inside. For many years now, ‘Caritas Swaziland’, as the organ that implements the agreements between the government and the UNHCR, runs the centre for refugees that was opened during the civil war in Mozambique. Today it receives families (composed of a husband, wife and several children) who come from countries of the region of the Great Lakes (Rwanda, Burundi, Congo). They travel the breadth of the continent in the hope of a better future. In response to the appeal of Pope Francis and according to the initiative launched by the laity of the diocese, all the parishes gather once a year at the cathedral to celebrate Mass and present their gifts.
The mission is all of these … a culture of encounter, opening one’s eyes, learning to see, gratuitous love and always the Good News about Jesus who gives us life in abundance.
In welcoming Pope Francis’ appeal to revive the missionary commitment, I asked our diocese to deepen its missionary commitment and awareness by celebrating not just one month but an Extraordinary Missionary Year (EMY), from October 2019 to October 2020”. 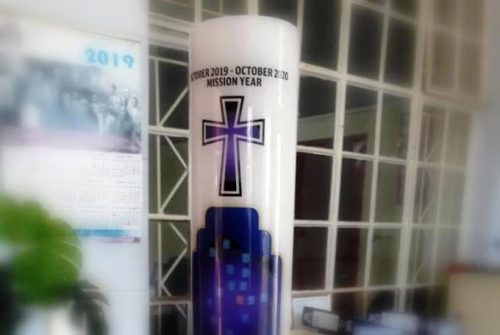 The appeal was received with great interest and joy.  This year will be an opportunity to deepen the missionary spirit that gave birth to our Church in the Kingdom of Eswatini when four members of the Order of the Servants of Mary came to Mbabane in 1914. After those humble but spirited beginnings, today we thank God for his abundant blessings to be plainly seen in the 17 parishes and the 120 small Christian communities: our commitment to public health through the Good Shepherd Hospital and College and the other medical centres, as well as our commitment to education by means of 47 primary schools and 13 high schools.  Last October, during the vigil at our cathedral, a special ‘Missionary Year Candle’ was lit. The candle will visit each parish and community of the diocese to light up our missionary commitment. (R.L.)