Tension between Pakistan and India in the disputed region of Kashmir. Against the background of the recent suspension of the autonomy of the region by the New Delhi government. But the causes go much deeper and are imbedded in the formation of Kashmir.
A glance at history.

When, in August 1947, ‘British India’ was divided into India and Pakistan, there were in India more than 100 states, large and small, governed more or less independently, which paid taxes to the British. They were given the option of remaining independent or of joining India or Pakistan. Most of the Indian kingdoms joined India.
Hyderabad was a large state which had not yet decided when India sent in its army and took it over. The same happened in Goa, a former Portuguese colony.
The kingdom of Kashmir constituted a special case. The vast majority of its people were Moslem. It could have joined Pakistan. But it had an Indian king. Both the king and the people could have lulled themselves into the illusion of remaining independent.

Either Pakistan or India

Pakistan did not have sufficient patience to wait. It therefore sent a small army of irregulars into Kashmir. The king asked India for help. India wanted it to join with it before sending help. The king agreed but with some special conditions. He succeeded in convincing India to allow Kashmir a special status – a sort of semi-independence. Kashmir would have been able to fly its own flag next to that of India. 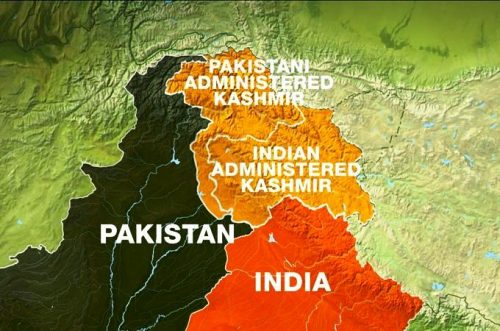 Non-Indian Kashmiris would not have been allowed to purchase any property in the territory. Laws approved by India would not automatically apply to Kashmir. Kashmir would have had its own assembly to pass laws. It would have had its own local laws, almost like another Indian state. With the exception of some areas such as defence, internal security and relations placed under Indian control, the state would have been independent. However, its governor would have been appointed by India.Once agreement was reached, India sent in its army but before it could expel the invaders, Jawaharlal Nehru, wishing to avoid further bloodshed, appealed to the United Nations. The war was halted and both Pakistan and India held on to the territories under their control. Pakistan controlled only a small part of the territory.
Some UN observers are still there but they are concerned only with the war zone and the Line of Control. A small group of Hindu Kashmiris called Pundits chose to leave Kashmir and move to India saying they felt persecuted and insecure.

The current state of affairs
Kashmir is a large state divided into three zones. Geographical Kashmir is largely Moslem. Jammu to the east is prevalently Hindu. Ladak in the north has a mixed population some of whom belong to indigenous peoples.After about sixty years, the line that divides the Pakistani and Indian zones is still a conflict area. The country itself is practically under military control in both parts. There are frequent reports of shooting by both sides. India accuses Pakistan both of sending terrorists into Kashmir and of supplying arms to local terrorists.
Part of the local population in Indian Kashmir continues to demonstrate, often violently, in favour of independence. The general opinion is that, if a referendum were to be held, the people would vote for independence rather than join India or Pakistan. All negotiation efforts have so far broken down at this point. 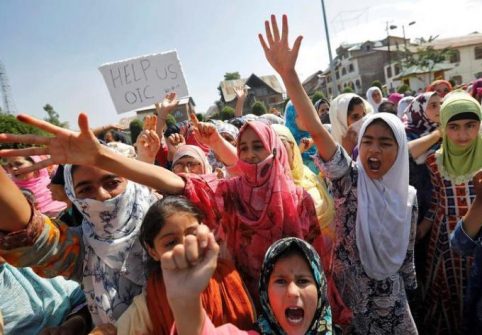 Kashmiri girls shout slogans as they attend a protest.

India refuses to recognise Pakistan’s right to retain control of the territory it holds as the result of an invasion. Secondly, India has refused to negotiate as long as Pakistan supports terrorism. Some years ago, India and Pakistan went to war over this issue.
There is also the feeling on the part of India that Pakistani policy in this controversy is not decided either by Kashmiris close to the border or by politicians but by the army which uses this situation to increase its numbers and acquire arms.Offers to mediate by third parties, including one recently presented by Trump, have been turned down by India insisting that it is a bilateral problem. From the Indian point of view, the part of Kashmir occupied by Pakistan belongs to India since the whole state of Kashmir chose to be with India. 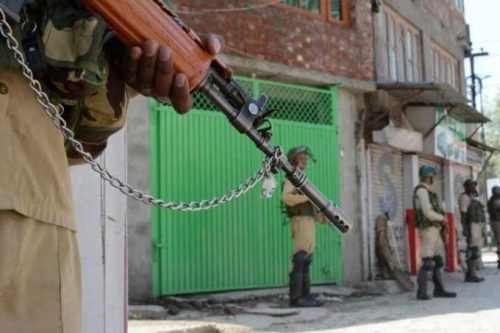 Nehru has always been accused by the Bharatiya Janata Party (BJP), now in power in India, of having appealed to the UN rather than expel the Pakistani army at the time of the invasion. Since the problem is now a matter for the UN, it is said that India should not take any unilateral action in the affair.
What India has done recently is to have behaved as if Kashmir were not a disputed territory but effectively part of India. The Indian Home Secretary has recently claimed that the part of Kashmir occupied by Pakistan belongs to India.

The loss of special status
India has divided the Indian part of Kashmir into three regions: The Kashmir Valley, Jammu and Ladak. Jammu and Ladak have been declared territories of the Union and will be headed by governors appointed by the President, or the central government.
Kashmir has also been declared a territory of the Union, but not a state of the Union. It will eventually have a legislative assembly, even if real power will be exercised by a governor appointed from the centre. This is similar to Pondicherry: once Kashmir has lost its special status, outsiders may buy property there, live there and create organisations, factories etc. Some individuals believe this could be a source of economic development for Kashmir which, up to now, has depended upon tourism as a source of jobs and income. 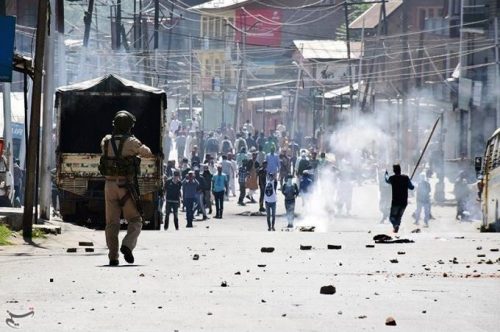 Pakistan has, of course, protested against this but all the other countries, including Great Britain, the former colonial power, seem to be silent. The USA, which even recently offered to mediate in the dispute, has not protested. The Moslem countries of western Asia have not commented up to now. It seems that they all see the matter as settled. Within India itself, some opposition parties voted against the government when the question was put before parliament.
Congress, the main opposition party, is very weak and divided on this problem; at present it is even without a leader, due to the resignation of Rahul Gandhi. Some will certainly turn to the Supreme Court, contesting the legality of the Indian initiative. It is not known how the Court will respond.The only consequence that Indian commentators fear is that the Moslems of Kashmir will not accept the situation. They fear that Kashmir will be ‘invaded’ by Indians from other parts of India. This could bring about an increase in ‘terrorist’ violence both on the part of locals and Pakistan. Some have even said it could become another Palestine. 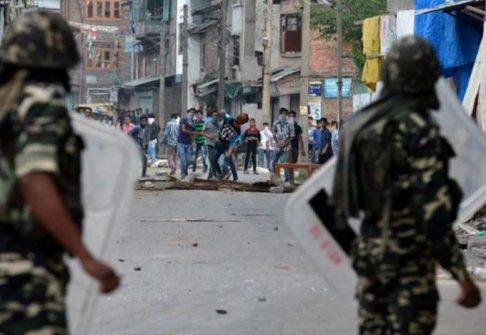 If peace were achieved between the USA and the Taliban in Afghanistan, the latter could join the terrorists on the borders of Kashmir. The Kashmiris may wait to see how the Indians treat them. At the moment, the future of Kashmir seems uncertain.
The BJP, which has always opposed the partition of Kashmir, considering it an integral part of India, has achieved its aim. Ladak and Jammu are now content to have been less neglected and more assisted by the centre. For reasons of security, India will never give up Kashmir, given its globally strategic position between India, Pakistan, China and also Russia. On the ground, only the juridical situation has changed. Kashmir has lost its special status and has become legally part of India. Its future is an open question.
It could develop better with major financial investment by India which will certainly do its best to satisfy the population of Kashmir. This may persuade the BJP to be less anti-Moslem.

Archaeology and History in the Sahara / A Journey to Tadmekka.