The MAET is the movement of singers and musicians who support the change in Togo. These artists often suffer retaliation. MAET is one of the voices of the opposition to President Faure Gnassingbé, ahead of the 2020 vote.

The busy city road, which takes to the border with Benin, passes through cement plants, refineries, a few strips of cultivated land and many stalls. As the road reaches the sea one can see the coconut palms and the thatched roofs of the beach bars of Avepozo, an elegant neighbourhood of Lomé, Togo, where Don Stash lives. Don is  49, he was a student first, then for some time a worker in France, later he became an activist and he is currently the leader of the MAET (the Mouvement des artistes engagé du Togo), a movement of singers and musicians committed to the change in Togo. 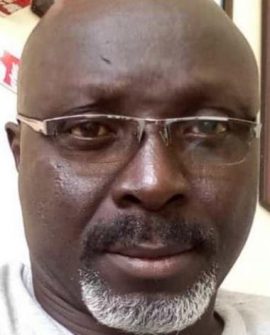 Don Stash is a well-built man with a deep voice and his guitar almost always hanging by the neck. Entire generations of Togolese fell in love thanks to his pop-blues songs.
“We demand rights not only for us the artists but for all the Togolese people, starting from the right to have a democratic government”, he stresses.
Togo gained its independence from France in 1960. A year later, it became a republic with Sylvanus Olympio as its president. Olympio was assassinated by military officers in the 1963 coup . One of the coup leaders was Étienne Eyadéma (later Gnassingbé Eyadéma ) who would become President of Togo in 1967. Since then there has been no government alternation in Togo. In fact, Gnassingbé Eyadéma stayed in power until his death in 2005 when Faure Gnassingbé took over from his father with the support from the army. Doubts regarding the constitutional legitimacy of the succession led to protests and clashes with the army. “I also, like many Togolese, took to the streets and during the clashes with the army a bullet hit me in the head: it’s a miracle, I’m alive”, Don Stash recalls. 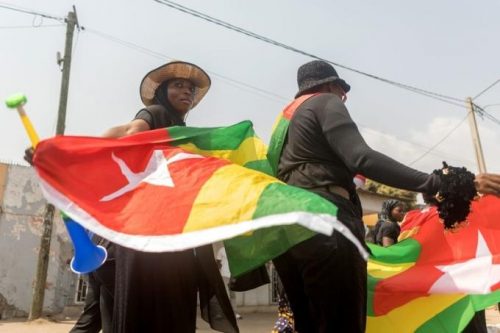 In 2010, Faure Gnassingbé won re-election in a disputed vote. The win extended the Gnassingbé family’s rule of Togo to nearly half a century; this is also due to the lack of a cohesive opposition. In 2009 the current President of Togo initiated a project geared towards national reconciliation. His government set up a Truth, Justice and Reconciliation Commission (CVJR) to ‘shed light on political violence between 1958 and 2005’. Later Togo’s High Commission for Reconciliation and Reinforcement of National Unity (HCRRUN) opened an office in Atakpame. Several victims of violence received compensation, but many human rights organisations and some opposition political parties object that compensation is not enough and that peace can only come after a proper judicial process. To this day, no-one linked to the 2005 violence has been prosecuted.

On 19 August, 2017, security forces opened fire to break up demonstrations against the ruling Gnassingbé family dynasty in Sokodé, the second city of Togo and a stronghold of the opposition Pan-African National Party (PNP). Protests then spread throughout the country. Don Stash narrates: “We also protested here in Lomé, we set up a stage and we the musicians tried to mobilize people through our songs. During a demonstration in November, one of our artists, Ras Sankara, was wounded by a bullet: a small gift from the military”. 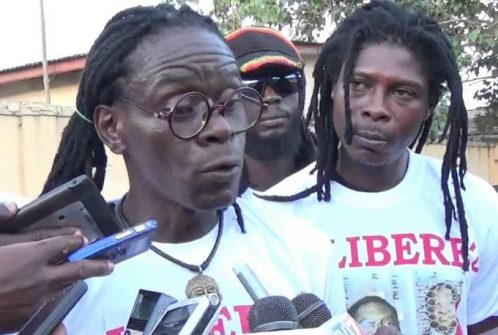 Eric MC, the “founding father” of the Togolese Rap.

Since those days many things have occurred: the 14 opposition parties have decided to form a coalition, called the C14; several activists had to leave the country, others have been imprisoned or threatened. “We constantly receive criticism from politicians, from the military and also from those common people who are in favour of the government. When we perform concerts we receive anonymous threatening phone calls and insults. I was imprisoned myself after giving a TV interview. I spent six months in the civil prison of Lomé where there are currently more than two thousand detainees, and which was built to host just six hundred prisoners”, Don Stash adds.
Guitarist Yao Jah, who some years ago emigrated to Burkina Faso where he works as an English teacher, said, “My father received threatening phone calls because he and some other people gathered to talk about politics and I also received intimidation only for having issued some public statements. We suspect that some opponents have been silenced through road accidents which by no means occurred by chance… ”.

According to Don Stash, who is also a painter and exhibits his works in Lomé, the government does not guarantee any right to Togolese artists, unless they choose to support Gnassingbé’s policies. “Local televisions or radios often organize debates over politics, economics, education, health between anti- and pro-government artists. So everybody knows our opinions”. 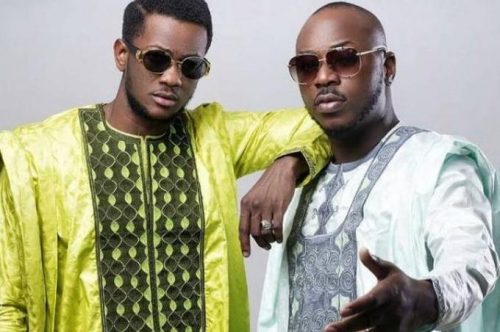 Toofan. They are the young musical generation of Togo. Their musical style, which they call “the Ogbragada”, is a combination of Rap and urban music.

Don Stash’s calm voice shows his love for his country, but also resentment towards those who perform oppression and iniquity. “I would like to leave a better Togo to my son”, he says and picks up his guitar and starts playing his last song (‘Togolese patriots’) under the great mango tree where his child is sleeping peacefully: “We must fight because the country is calling us / things have become very difficult this time, but I know that victory is near”, says the text of the song that calls on the main ethnic groups of Togo: “Come ewe, come kabyé, come kotokoli “. The song is the first of the Togo debout, a collection of 18 songs that the Maet artists released in the summer of 2018. Simply through reading the titles such as ‘Like father, like son’ by the young Ali Cissé or ‘No to the 4th mandate’ by Eric MC, one can understand the clear criticism of Gnassingbé’s presidency. Don Stash said: “Our songs are punctually censored and our concerts declared illegal, but this does not stop us. We will continue to ask government alternation”.

The parliamentary elections held in Togo in December 2018 were marked by the opposition boycott. A key issue of contention was the need for peaceful transfer of power and term limits. The opposition had called for term limits, which were removed from the Togolese constitution in 2002, to be restored.
The government expressed willingness to re-introduce term limits, but insisted that they not be applied retroactively, which would allow Gnassingbé to run again in 2020 and 2025. 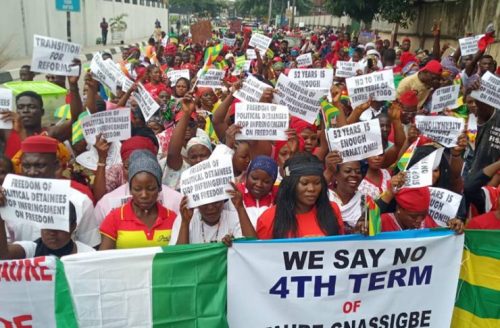 The opposition insisted that they should be retroactive, which would force Gnassingbé to step down in 2020. As a matter of fact the opposition tactic weakened the position of the C14 coalition, while the ruling party won 59 out of 91 seats. Many of the seats that had been held by the opposition were claimed by independents and/or small parties that may be even less able than the C14 to constrain the government. Relinquishing parliamentary seats only made it easier for the government to pass legislation, since they have the seats to pass without support from other parties, while lacking the required majority to change the constitution. Recently, some countries of the Economic Community of West African states (CEDEAO) allegedly suggested that Gnassingbé renounce to run for president in the 2020 election, and choose a confidence man to run in his place, in order to show people at least the facade of a government alternation. Several observers believe that the role of the army will once again be decisive, the army is likely to support Faure: so nothing new will happen.
One thing is for sure, over the next hot months, Don Stash and the Maet movement will make their voice heard, like they did on 12 January of this year, when, once again, they took to the streets to protest: “We are a community of artists who work for the liberation of  the Togolese people, our music will heal Togo which is suffering from injustice”.