The continent of Africa is endowed with plenty of important medicinal plants. One of such plants is Aerva lanata (L.) A. L. Juss. ex Schultes (Family Amaranthaceae) which has been used since time immemorial for a number of medical conditions.

It is a strangling herb or undershrub that can grow to 90 cm in height. It possesses a villous stem, long tap-root and many wolly-tomentose branches. Leaves ovate to elliptic, acute at apex, hair-like stems. Inflorescence white, short and small, mostly axillary, perianth covered with white woolly hairs. The plant grows on loose soils and in abandoned farmland and is widespread in tropical Africa. Aerva lanata has been ethnomedicinally used as a therapeutic agent for a variety of diseases. The leaves, stems or roots of Aerva lanata have been used in the treatment of several diseases including inflammation, malaria, kidney stone, pneumonia, typhoid, rheumatism, bronchitis, haemorrhage, diuresis, jaundice, diabetes, and as a vermifuge for children. 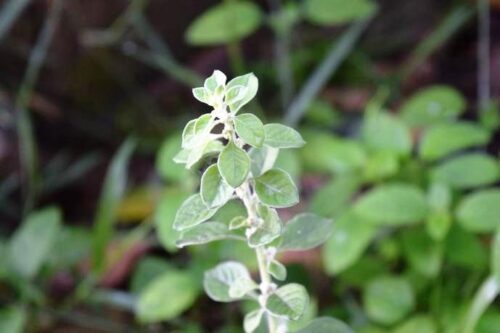 The leaves decoction is administered for treatment of intestinal worms. The leaves infusion or decoction is used as a gargle for treating sore-throat and, as well, used in various complex treatments against guinea-worm. The leaf decoction is also used to bathe babies who have become unconscious due to an attack of malaria or of some other diseases. In some communities, the smoke from the burning plant leaf is inhaled to heal a number of diseases. The sap obtained from a fresh leaf of Aerva lanata is used to treat eye complaints.
An infusion made from a fresh leaf is orally administered to treat diarrhoea and is also topically applied to treat sores on skin.
The leaves and flowers are used to treat primary and secondary infertility. The decoction made from the leaves of Aerva lanata is used in indigenous medicine to manage diabetes mellitus and its associated complications in Africa. In fact, the leaf decoction is believed to be effective in regulating the body blood sugar level. 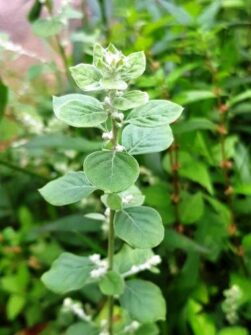 The leaf decoction is used to treat gonorrhoea (a sexually transmitted disease), hemorrhages and fever. The decoction made from fresh leaves is often taken as tea for boosting memory. A decoction obtained from a whole plant (flowers, root and stem) is used in treatment of diarrhoea and may also be taken as tea for cleansing the kidneys (treating kidney stones).
In addition, since the root of Aerva lanata is a diuretic, it is also used for treating painful discharge of urine.  Similar to the use of the leaves decoction, the root decoction can also be gargled to treat sore throats.The root is believed to possess anti-venom activity and as such used by herbalists in the treatment of snake-bite. The ash from a mixture of leaves and flowers is applied into incision made on the back to treat lower back pain. 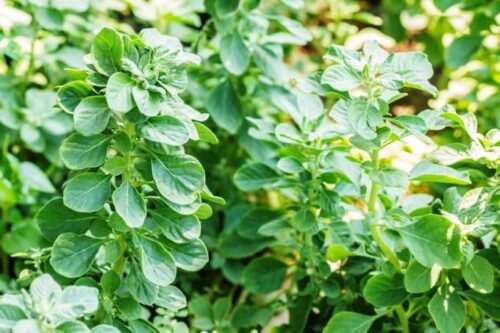 The plant’s juvenile tips are used to chase away evil spirits and for good luck charms, while the whole plant is used to treat pruritus. The plant is also used in traditional medicine to treat cough, headache, and urolithiasis. The root is demulcent, diuretic, and also useful in strangury (blockage at base of bladder) treatment. As a demulcent, Aerva lanata is beneficial in preventing inflammation through protection of the mucous lining during cough and throat infections. The juice obtained from the crushed roots is used in treatment of jaundice conditions. In some communities, the plant is used for the treatment and management of asthma. Aerva lanata plant contains a number of compounds including kaempferol, tiliroside, β-sitosterol, aervoside, syringic acid, and canthin-6-one. As such, the medicinal activities of this plant may be due to the rich phytochemicals in it.
In other uses, Aerva lanata is used as food for both people and animals. The whole plant, especially the leaves, is edible. The leaves are put in soup or eaten as a spinach or as a vegetable. The plant provides feed for domestic animals.