Boj, which originates from the northern region of Alta Verapaz, has a cultural and spiritual meaning to the Q’eqchi’ people, it is served at religious celebrations and indigenous festivities.

The inhabitants of the Alta Verapaz department say that the basic ingredient of this drink is corn, which has cooked on a wood fire for three days and which is left to soak for two days before being ground. In the meantime, some sugarcane is crushed to get the juice, which is poured in a bowl of cooked clay first, and  then into a clay jar, where a base of fermented corn and ginger was previously placed at the bottom. Eight days of fermentation are needed to make a brown, thick and
acidic liquor. 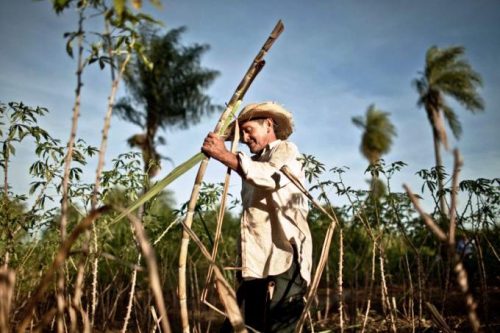 For a more refined flavour, the cane can be ground without the shell and a compound of yeast for bread, soda and oatmeal crackers is put at the bottom of a jar, next to rotten corn that has not previously been used for fermentation. The result, they say, is an off-white drink with foam like that of champagne. There are several legends about the origin of boj. According to the Mayan worldview, this drink has existed since pre-Hispanic times and its production is linked to the creation of the world and man.  Over centuries, several experiments were made to achieve the perfection of this drink, whose basic ingredient was, every time, fermented corn. The final recipe includes sugarcane which was introduced during the colonial era and which gives a distinctive taste. 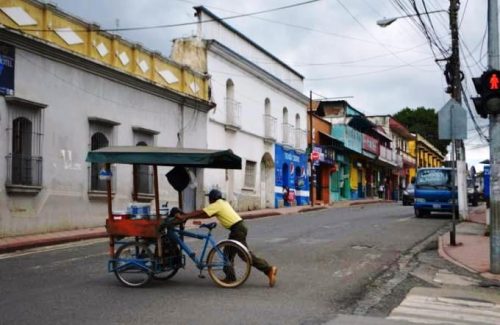 There are several kinds of boj that are served on different occasions. The ceremonial boj, as the name implies, is primarily served on occasion of religious celebrations and indigenous festivities, and its preparation implies a sacred ritual. People traditionally, before drinking boj, pour a little of it on the ground before the figure of a saint, as a symbolic blessing of the place. This drink is served during celebrations such as the Pa’baanq or planting day, baptisms, weddings, birthdays and patron saint festivities. Of course, you have to be very careful, because boj is a seriously powerful alcoholic drink, warn those who have already experienced the powers of its ancestral influence.