The spread of terrorist actions across West Africa alarms the Ghanaian authorities. Experts argue that the possible involvement of Ghanaian youth has an economic and social rather than an ideological matrix. The sentinel role of local communities.

What seemed unlikely a few months ago is now possible. Ghana is observing with increasing concern the onset of terrorism on the northern borders of the country. So much so that the same ministry of national security no longer speaks of anything but a ‘terrorist threat’ linked to the attacks in Burkina Faso, Mali, and Niger, but also to recent events in the Ivory Coast, Togo, and Benin. Meanwhile the information minister, Kojo Oppong Nkrumah, talks about intelligence reports suggesting the involvement of Ghanaian youths in terrorist groups. 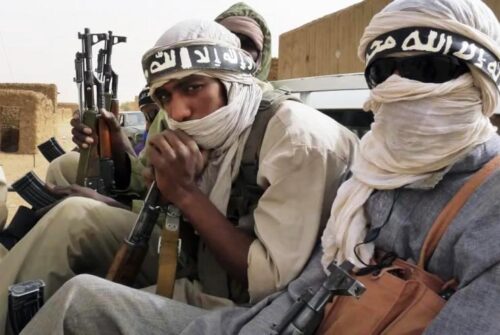 Until now the country had been considered an oasis of peace where extremist ideologies and radicalization phenomena were unlikely to take root. A long tradition of peaceful coexistence – also made possible by frequent inter-ethnic marriages – and a strong religious tolerance, have naturally kept tensions and ‘exaltations’ at bay. Now things are changing. The reasons are essentially two: the spread of the terrorist phenomenon in areas very close to the country where it is easy to cross borders, and an economic and social unease that attracts young people to dangerous and violent paths.
This year’s Global Index on Terrorism highlights the deterioration of the situation across sub-Saharan Africa – especially in the Sahel – protagonist in 2021 of 48% (or 3,461) of all deadly terrorist attacks, globally. Between 2007 and 2021, deaths from terrorism in the Sahel increased by more than 1000 per cent. As the Global Index points out, the factors underlying affiliations (al-Qaida and the Islamic State group) are complex and systemic: lack of food, access to water, high population growth and weakness of governments. It is therefore clear that such violence has a strong social rather than ideological matrix. 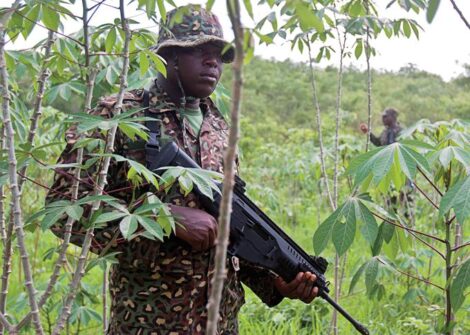 Meanwhile, the Ghanaian government – engaged in the surveillance of sensitive targets such as churches, mosques and other public places – in recent years has concentrated its efforts on border control, especially the one to the north (a region with a Muslim majority) with Burkina Faso, a country in which terrorist actions increased from 191 to 216 in a year. But there is another modality that has always characterized a form of intelligence in the field. “Communities know each other and therefore the presence of a ‘foreigner’ is always noticed”, explained Ken Ahorsu, a researcher at the University of Legon in Ghana and co-author of a study on border security. “What is being done is to educate the community to take responsibility and report anything suspicious, or an unusual presence, to traditional leaders or the police”.

No country is immune
Furthermore, the concern for arms smuggling has led to the involvement of drivers and hauliers so that they themselves pay more attention to what they carry. Emmanuel Kotin, director of the Africa Centre for Security and Counterterrorism is convinced that Ghana is “not at all immune from terrorism”. “Some of the conditions that gave rise to the birth and expansion of terrorism in other countries are here in Ghana”, he explains, referring above all to the lack of involvement of young people in decision-making processes and to the economic crisis. 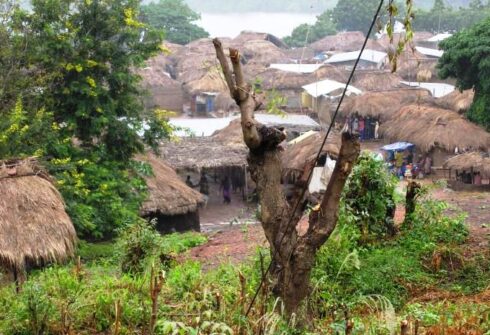 The reason for the destabilization in many African countries and the Sahel in particular, says Vladimir Antwi Danso, dean of Ghana Armed Forces Command and Staff College and an expert on international affairs, “is that people do not know how to find food or how to live and it will not be military interventions or the imposition of Western democracy that stops the violence”. And he continues: “Ghana is not prone to terrorism, even if obviously this is unpredictable. If attacks occur, we think they may be aimed at Western interests”.
And aside from the delicate socio-economic situation and the criticism of the current government’s achievements, there are other reasons for resentment. For example, the ‘cordial relations’ with the US that led, a few years ago, to hospitality being given to two former Guantánamo detainees (although there were never any reasons to consider links between these and Sahelian terrorist groups) or even the signature of an agreement for a greater US military presence in the country for the deployment (and training) of anti-terrorist troops. 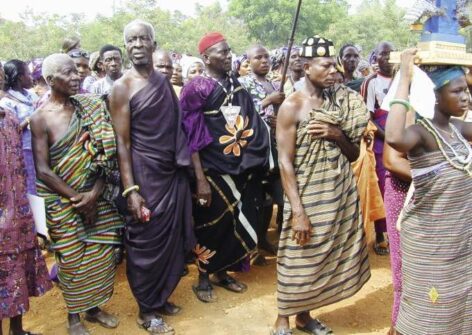 Kwesi Aning, head of the research department of the Kofi Annan Peacekeeping Training Centre, also insists on the strong sense of community of the Ghanaians, especially in rural areas. A form of natural opposition to the entry of dangerous elements. Of course, the country’s weaknesses are known to intelligence: the presence of small arms, the overcrowding of the zongos (slums inhabited by the poorest Muslim community), permeable borders, and the passage of information and ideologies through social media. Yet, Ahorsu concludes, “the military solution is not the answer. To fight terrorism in West Africa, we need to work with traditional authorities, religious leaders, and civil society. And above all to provide for the needs of the populations”. (A.S.)