The invasion of Ukraine by Russia is also having serious consequences on the ecclesial level in the complicated landscape of the Orthodox Churches. The situation is aggravated by the support of the patriarch of Moscow, Kirill, for Putin’s military invasion. An analysis.

For three years, the Orthodox Church in Ukraine has been divided into two opposing Churches:  the Ukrainian Orthodox Church (COU), the most numerous in terms of the number of bishops, popes (priests) and parishes, and the Ukrainian Orthodox Autocephalous Church (CAOU). Why such division?
At the time of the USSR, Ukraine was an exarchate of the Moscow patriarchate; with the collapse of the Soviet Union and the country’s independence, that structure split into three (recovering some minor groups): a small autocephalous Church, Kyiv patriarchate (led by Metropolitan Filaret, excommunicated by the Russian Church), and the Ukrainian Church, linked to Moscow. 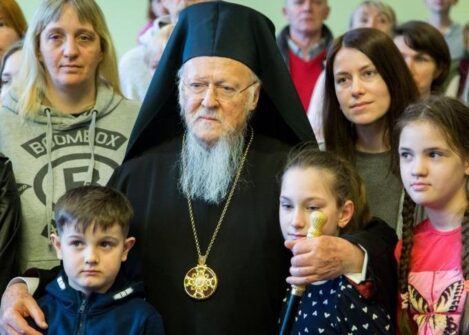 Bartholomew, the ecumenical patriarch of Constantinople with Ukraine children.

In September 2018 Bartholomew, the ecumenical patriarch of Constantinople and primus inter pares (‘first among equals’) of the patriarchs and primates of the fourteen autocephalous Orthodox Churches, announced that he wanted to proclaim the autocephaly of the Ukrainian Church, bringing together all the Orthodox churches of the country. The idea, according to Moscow, was suggested to him by President Donald Trump to weaken Russia!
In Orthodoxy, the autocephalous churches are canonically independent, each without interference from the others, but considered sisters, to which they are linked by the same Christian faith and fidelity to the first seven ecumenical councils (those held from 325 to 787).
Kirill, Patriarch of Moscow, scornfully rejected the idea of Ukrainian autocephaly, but on December 15 of that year, under the high patronage of President Petro Poroshenko, a ‘Council of Reunification’ was held in Kyiv proposing the creation of the CAOU. 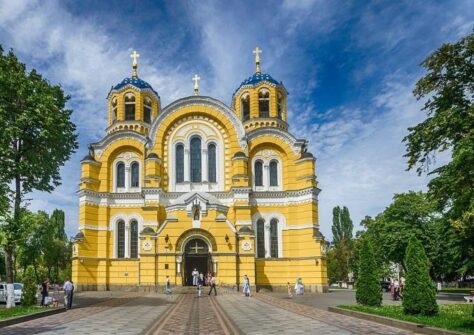 St Volodymyr’s Cathedral is a cathedral in the centre of Kyiv. It serves as the mother cathedral of the Ukrainian Orthodox Church, Kyiv Patriarchate. CC BY-SA 4.0/Роман Наумов

The COU, however, absolutely refused to join. In January 2019 Bartholomew, with a tomos (decree) formally accepted the request. The Russian patriarchate considered this decision a schismatic act, taken against its will, and in a country that the Church of Moscow considered its ‘canonical territory’, that is, subject to its jurisdiction. He, therefore, ended Eucharistic communion with him.
As for the Churches united to Rome, in Ukraine, there is the Greek-Catholic Church and the Latin Church, made up mainly of Poles.
There are also small but lively Baptist communities, linked to the Protestant Reformation.
The presence of Jews in the country is significant. With the Nazi invasion of the Second World War – which began in June 1941 – they suffered severe decimation over a period of three years: 1.6 million Jews were murdered. There was the heinous massacre of Babi Yar, in Kyiv, where on 29 and 30 September of that year, 33,771 Jews were gathered, with deceitfulness and the complicity of pro-Nazi Ukrainian minorities, and then massacred.

Inter-Orthodox Schism
In the Black Sea, since Roman times there has been a great deal of traffic: by crossing it, and going up the navigable Dnieper, you could reach Kyiv, a city built on the banks of the great river, about three hundred kilometres to the north, in the centre of a territory called Russia. With the establishment of Christianity, the Byzantine traders made their religion known to the pagan Slavs of that area. It was only in 988 that Prince Volodymyr (the name in Ukrainian; in Russian it is Vladimir) was baptized; as was the custom then, all his people also had to become Christians. 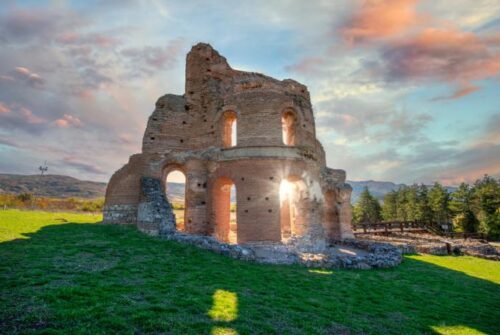 The red basilica of Perushtitza, known as the church of the St. Patrick in Plovdiv, is a byzantine-ages town in Bulgaria. 123rf.com.

In 1054 the first Rome, on the Tiber, and the second, Constantinople, excommunicated each other due to theological disputes and political pressures; Kyiv kept out of this dispute, however, and tried to maintain good relations with both of them.
Two centuries later, the Mongol Tatars begin to invade Russia; in 1240 the Metropolitan of Kiev then took refuge in Russia, where he resided in various cities until he fixed his residence in Moscow (created only in 1147), finally taking the title derived from it.
After a hopeful start, the attempt of the Council of Lyons II, in 1274, to reconcile Latins and Byzantines, failed. It was the Council of Florence, in 1439, which again attempted the arduous undertaking. Pope Eugene IV promised Emperor John VIII a crusade, to help him defeat the Turks who were dangerously nearing Constantinople. But finally, the crusade failed and on May 29, 1453, the Ottoman Turks conquered the city: after a thousand years, the Eastern Roman Empire ended. 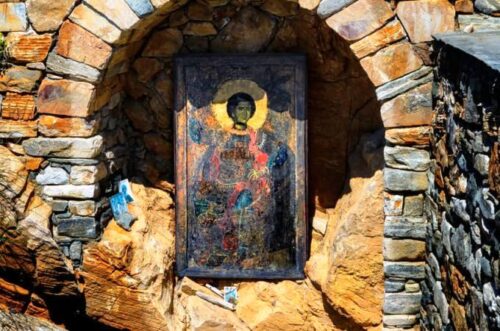 Pope Paul II (1471) favoured the marriage of Zoe, the only heir of the Byzantine Empire, with the great prince of Moscow, Ivan III, hoping he would become a Catholic and participate in a crusade against the Turks, but this speculation came to nothing. In the sixteenth century, this myth was born in Russia from the monastic world: ‘The first Rome fell into the heresy of papism; the second into the hands of the Turks; the third, Moscow, the pillar of Orthodoxy, will never fall’.
In summary: the Church of Kiev is the daughter of Constantinople; that of Moscow is the daughter of Kiev. But the Russian patriarchate maintains that, since 1686, Ukraine voluntarily became its ‘canonical territory’; therefore, three years ago he considered it ‘intolerable’ that Bartholomew should initiate the procedures to grant autocephaly to the Ukrainian Church. This is how the intra-Orthodox schism arose. (Open Photo: The Cathedral of Christ the Saviour is a Russian Orthodox cathedral in Moscow, on the northern bank of the Moskva River, a few hundred metres southwest of the Kremlin. CC BY-SA 4.0/Diego Delso)