Private Military Companies (PMC) have become an important  player in geopolitics.  These companies provide military contractors to states and private citizens and companies to train personnel or to protect workers and assets. And they became a useful and flexible tool in the hand of major powers to advance their agenda reducing the risks. But PMCs could also become a liability.
This problem emerged years ago for USA (as seen in Iraq). Now it seems to concern Russia and China in Africa.

According to AFRICOM, the US Military Command responsible for Africa, Russian PMCs are present in 15 African countries. They are part of a strategy to develop Russia’s influence on the continent. At this moment, Moscow is active in particular in the Central African Republic, Algeria, Libya and Sudan, but is trying to create stronger relationships with Tunisia, Mali, Mauritania, Guinea, Guinea Bissau, Angola and Mozambique.The most famous Russian PMC operating in Africa is Wagner, also active in Syria and Ukraine. This company is headed by a former military intelligence officer, Dmitry Utkin, and is apparently closely connected to Russian security forces: its contractors fly on Russian military aircraft and are treated in Russian military hospitals.
Its owner, Yevgeny Prigozhin, is considered to be close to Russian President Vladimir Putin, but there are conflicting reports on his links with the Russian establishment. 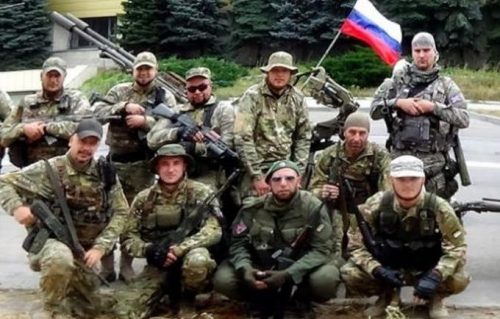 A company like Wagner gives Russia the possibility to have “boots on the ground” in different countries that are in turmoil without formally intervening. Wagner helps Moscow to protect and expand its interests without exposing itself officially and therefore risking the accusation of helping the destabilization of countries like The Central African Republic. But military contractors can act autonomously, and this can create image problems to their political sponsors.
As far as Africa is concerned, in recent years evidence of Wagner’s operations has emerged. In December 2017, a video showing Russian contractors that were training pro-government militias in Sudan surfaced. In July 2018, Russian military personnel were spotted in Darfur. In March 2018, Moscow declared that 170 “civilian advisors” had been sent to The Central African Republic to train local security forces. 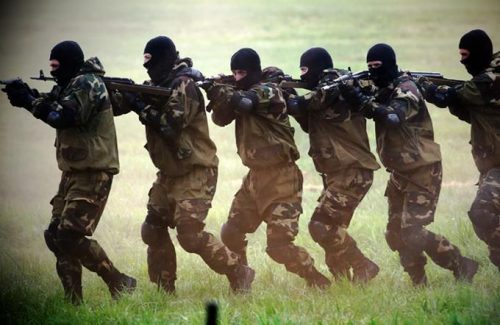 According to some analysts, the “civilian advisors” were Wagner personnel. In the same month, a contractor from Wagner stated that they were probably going to be sent to Libya. It seems that this prophecy came to pass in October 2018. While the press has reported on Wagner on several occasions, there is little information on the other Russian PMCs. In July 2018 a company named Patriot appeared. Other Russian firms reportedly active in Africa are (according to information from the Jamestown Foundation as of March 2019) the RSB Group, Orel Anti-Terror, Center R and Moran Group.
The US accuses Russian PMCs of “harsh security practices” – that is to say of cooperating with militias that regularly violate human rights. But similar accusations were also levelled against US PMCs in places like Iraq.

The Chinese PMCs are apparently taking advantage of the grand strategy of Beijing government to expand their operations, also in Africa. This strategy is now centred around the Belt and Road Initiative (BRI). BRI is basically a network of roads, railroads, ports and pipelines connecting China with Europe through Asia and Africa to develop trade and communications. As of early August 2019, 39 out of 54 African countries are part of the BRI agreements. Its network will pass through East Africa. Chinese President Xi Jinping with African leaders in Beijing at the Forum on China-Africa Cooperation.

China, which already has a base in Djibouti, plans to create new military structures in different countries. But its authorities seem to be reluctant to deploy government troops to protect Chinese interests abroad. On the one hand, this is due to Beijing’s non-interference policy in its relations with foreign partners. On the other, it is the consequence of organizational and logistical problems. Chinese PMCs are trying to fill this void in security.
The Chinese government is trying to develop its security firms to protect people and assets of the BRI in Africa. In the past Chinese corporations relied on Western PMCs to secure their personnel and buildings. But Beijing knows relying on external military force (even if it’s hired) is risky. Therefore, it is pushing for the development of PMCs under its control. But there are hurdles to overcome including the fact that, since its troops did not actually fight in wars like Iraq, Syria, Chechnya, etc. Chinese firms cannot hire experienced national personnel like their US and Russian rivals do. 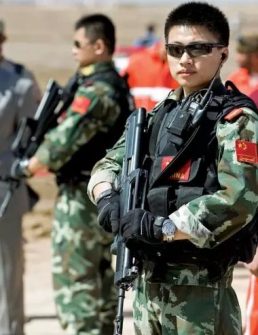 Chinese involvement is particularly evident in Sudan and South Sudan that are outside the BRI. The two governments are trying to find a connection to that project to develop their economies. According to data reported in August 2018, China controls 75% of the Sudanese oil industry. In 2018, among Chinese PMCs the most active in this region was Beijing DeWe Security Services, but the VSS Security Group and China Security and Protection Group were also present.
Two questions are worth asking about this phenomenon. The first is: Do military contractors take their orders from their governments (Russia and China) or from their owners? Second: On a political level (especially international) who will be accountable for the consequences of their actions? It is difficult to answer these questions. But it is right to say that they can also be asked about Western countries. 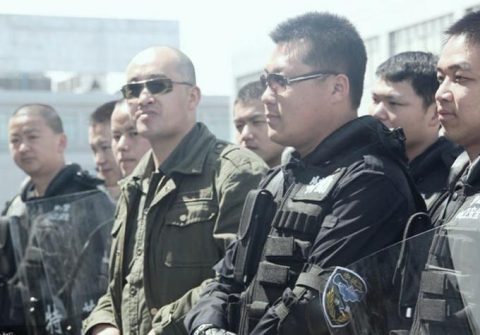 In reality, in their strategy of using PMCs as a geopolitical tool, Russia and China were preceded (and probably inspired) by the US. Basically, they have started to outsource activities that were reserved to government troops, like the US did years ago.  And from a strictly geopolitical point of view, they are neither better nor worse than their Western competitors. In war zones like Syria, Washington and its allies also supported militias that where ruthless not only against the enemy but also the population.
Undoubtedly, security is necessary for foreign people and companies operating in Africa. And somehow this security must be provided. But the danger is that the African countries will be the ones  who pay the price.
Innocent  Pond
Security Analyst