She is the first female mechanic in the country. She runs the Garage Saint Michel de Sic with 22 employees. A Sister who understands engines.

From early morning, the traffic in Ouagadougou, the capital of Burkina Faso with its 2.5 million inhabitants, is impressive. There is a concentration of vehicles including many motor cycles called ‘Ouaga-two-wheelers’ and a growing presence of used cars called ‘France-Aurevoir’. The use of so many motorcycle and used car taxis has created in the world of wheels and engines a business that varies from those who deal in second-hand parts to dozens and dozens of mechanical and tyre workshops. 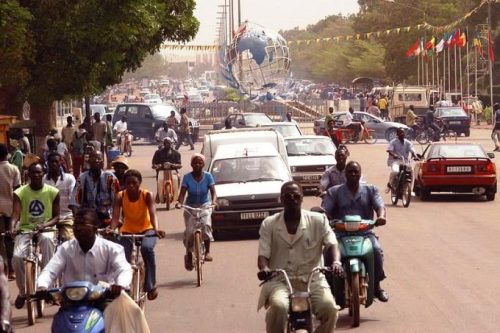 At Tampouy, a quarter in the northern outskirts of the capital there is a workshop called Garage Saint Michel de SIC (acronym of the Sisters of the Immaculate Conception). What is unusual about this workshop is that it is run by the only woman mechanic in the country. Sister Alphonsine is a native of Burkina Faso. She was born 41 years ago in Pabré, a small village in the province of Kadiogo in the centre of the country. She grew up in a Catholic family, together with her two brothers and three sisters. After completing primary school, she entered the Aspirat Saint Goretti di Tampouy, a Catholic school run by the Sisters of the Immaculate Conception with a High School course for girls lasting five years. Sr. Alphonsine tells us: “At the Aspirat, scholastic education, discipline and ethics were carefully nurtured. The curriculum included almost all the main subjects (French, mathematics, history, geography, law and biology), but I preferred the more technical and practical subjects”. It was during those years of secondary school that her vocational journey began. She obtained her diploma and decided to go to Guilongou, also in Burkina Faso, for a vocational experience. She stayed there a year and then returned to Pabré to start the novitiate.
In 2001 Alphonsine took the vows of religion with the Sisters of the Immaculate Conception. She soon distinguished herself for her practical abilities, especially concerning motors. Sr. Alphonsine explains: “We needed to mill the cereals so one day I found parts of an old electric motor and succeeded in attaching it to our grinding mill. I was not afraid to get my hands dirty”. Michel Pillot, A French priest, the founder of several humanitarian associations in Burkina Faso, noticed her great talent and advised her to make good use of it. With his help, Sr. Alphonsine got a driving license and, once behind the wheel, her interest in mechanics grew even more. Sr. Alphonsine understood that mechanics could be the ideal area for her to exercise her mission as a Sister and, at the same time, learn more about mechanics herself. Her superiors were interested and accepted her proposal. Sr. Alphonsine studied automobile mechanics for two years and obtained top marks with her diploma in automobile mechanics. She obtained practical experience in a garage to learn the trade.
Father Pillot then urged her to set up her own small business and so on 10 March 2009, the Garage Saint Michel de SIC was opened with Sr. Alphonsine and three workers. The garage run by a Sister mechanic made people curious and, as she herself relates, “They came, and still come today, to see if it is true”.
Besides the curious, the garage has also attracted so many young people in search of work that it now has 21 people involved: Sr. Alphonsine, seven mechanics, an electrician, four bodywork repairmen and eight painters, apart from a number of apprentices learning the trade. Sr. Alphonsine’s workers are paid regularly each month. 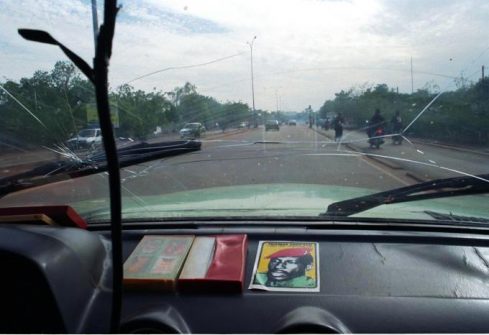 In a short time, the garage became one of the most respected and qualified in the capital. People even come from far away to have their cars repaired. “I think it is important – Sr.  Alphonsine says – that people see in us a different way of working, with respect for people and material. The young men and women here learn first of all to believe in themselves and in their abilities and that they can be successful. This is also meant to be an answer for those thinking of emigrating. We have here in our country the potential to create work and a future”.
The work of Sr. Alphonsine today consists mostly in administering and coordinating the work. First a ‘diagnosis’ is made of the problems with any car to be repaired and the collaborators decide what is to be done. She herself can often be seen using a spanner as she stoops over the engine, or under the car to check the brakes. “The vocation is the union of love and passion, experience and talent. I feel as if I heard the call twice, both as a Sister and as a mechanic”, Sr. Alphonsine concludes.