The Comboni Innovation and Entrepreneurship Centre (CIEC) is an incubator for business that seeks to bring together the original ideas of young entrepreneurs and the world of business. A model capable of contributing to the development of Sudan. We visited the establishment.

A study conducted in 2018 by the Sudanese Association for Social Entrepreneurship has shown that 80% of young Sudanese wanted to leave the country. Their frustration was motivated by a disastrous political and economic situation that offered them no opportunities. Two years later, there are still doubts but many also hope that the present Sudanese revolution and the changes it may bring may change things for the better. In this context, initiatives like the Comboni Innovation and Entrepreneurship Centre (CIEC), gives the youth the opportunity to realise their entrepreneurial dreams without leaving Sudan. 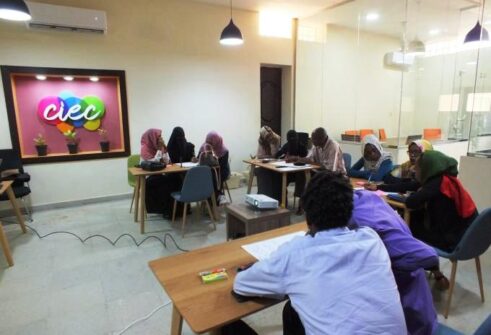 Ali Musa, former CIEC director, remarks: “Once they have finished university, most of them are lost and do not know what to do because there is nobody to support them, so a centre like this may give them the energy and motivation to find their way in life and, at the same time, enrich society at large”. The notion is simple: “If you have an idea, the Centre will help you to realise it. In this way you find a job but you also create jobs and so contribute to development”.

First University Incubator
The roots of the CIEC go back to 2017 when the Institute of Research for Innovation and Development of the Italian National Council for research, the Aldo Moro University of Bari in Italy and the Comboni College of Science and Technology (CCST) of Khartoum began a project called INSO. Among its objectives was that of providing the students of advanced information technology the means to create their own activities. 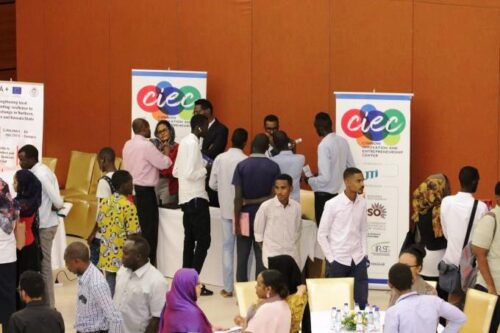 A hundred and forty students from fifteen Sudanese universities participated and the project was supported by the Sudanese Ministry of Higher Education and Scientific Research.
In November 2018, a congress evaluated the experience positively and concluded that best way to give it continuity was to create incubators (hubs) of business in each university. However, not one institution decided to begin the initiative. The first to make a start was the Comboni College of Science and Technology (CCST) by promoting the first university activity of its kind in Sudan.
Part of the funds allocated by the INSO project was used to upgrade the CIEC lecture halls and provide them with suitable computers and furniture, while a Sudanese company, Tobacco International (JTI), promised to finance activities and to pay the salaries until the new hub became self-sufficient. 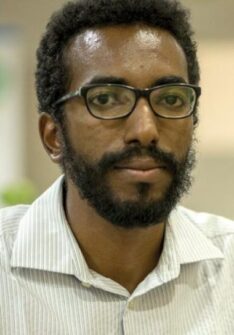 According to former director Ali Musa, this may be achieved in four or five years, when the companies set up by the work of the CIEC start to contribute a small portion of their profits, initially set at 5%. For now, the students contribute a small sum of money because, as Comboni Missionary Fr. Jorge Naranjo, General Director of the CCST and principal promoter of the CIEC emphasises, “Experience teaches us that, if something is free, it is not appreciated; if you pay for it, you take it more seriously”.
The project was also set in motion with the collaboration of Valencia Polytechnic (Spain), which sent two experts who laid the foundations for the training scheme for the incubator system. Lastly, the first twenty young people began their training as entrepreneurs in June of 2019. No gender equality quota was laid down for candidate selection, but the majority of them were women. They were expected to have a good knowledge of English since many lecturers and leaders of seminars come from abroad and do not speak Arabic, the official language of Sudan.

Three phases
There are three phases in the training course. Father Naranjo sets great store by the first stage or ‘pre-incubation’, since, as he has seen, “The students come with good intentions and big ideas after finishing their studies but they do not know how to run a business or a marketing plan or business model and they have to acquire the theoretical knowledge every entrepreneur must have”. On his part, Ali Musa recognises that “In the first phase, the students do not interact much; it is only later that they discover the importance of teamwork since nobody can set up a business model without the support of others “. 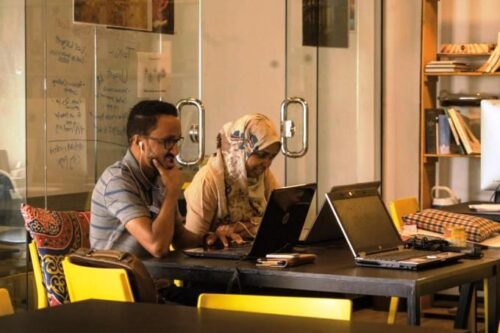 The second phase, or ‘incubation’, consists in developing a product or a service, trying to see if it works, if it is profitable and suitable for society or whether to modify it and adapt it to the situation. When this part is completed, the third phase is begun, the ‘acceleration’ phase which consists in financing and setting up at least five of the best business models presented; and even more, depending upon the quality of the proposals and the ability of the CIEC to obtain funds.
The selection is made on the basis of social entrepreneurship criteria, with priority being given to the companies that create jobs in marginalised areas in the outskirts of Khartoum or Omdurman, to those that take a social need into account, respect the environment or promote a model with rotational financing. In seeking funds, the CIEC has, among others, the support of the Haggar Group, one of the most important entrepreneurial groups in Sudan.
During our visit to the CIEC we had an opportunity to speak with some students who were already looking into the question of how to make concrete their business model proposal. Rogaia Ibrahim, 24, dreams of opening a software problem-solving business in the information technology sector. Husna Musa, also 24, wants to create an interior design and decoration business: “I know it will be very difficult, especially due to the competition in this sector, but I will present original designs; it will be unique and I am sure I will succeed”. 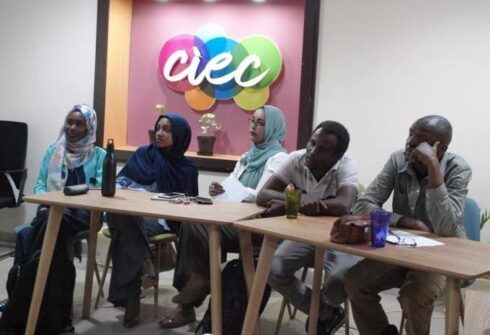 The idea of Tasneen Tariq, 25, is to create a consultancy business to evaluate products. “I don’t know where to start. I need a sound starting point and the benefit of the experience of others who have already started to work, in order to take the right steps”.
In Sudan there are two other business incubators: 249 -Startups and Impact Hub Khartoum. Both were established shortly before the CIEC but in the private sector, with no ties to any university. All three keep in touch, exchanging experiences and sharing a database of quality instructors. They are deeply motivated by their desire to influence the universities and the government itself, so as to make possible the creation of incubators as a model for work that can become an important pillar for the socio-economic development of Sudan.